There are a bunch of Carrot apps available, like an insulting alarm clock or a fitness app that insults you until you lose weight, but Carrot has released a new app: Carrot Weather. 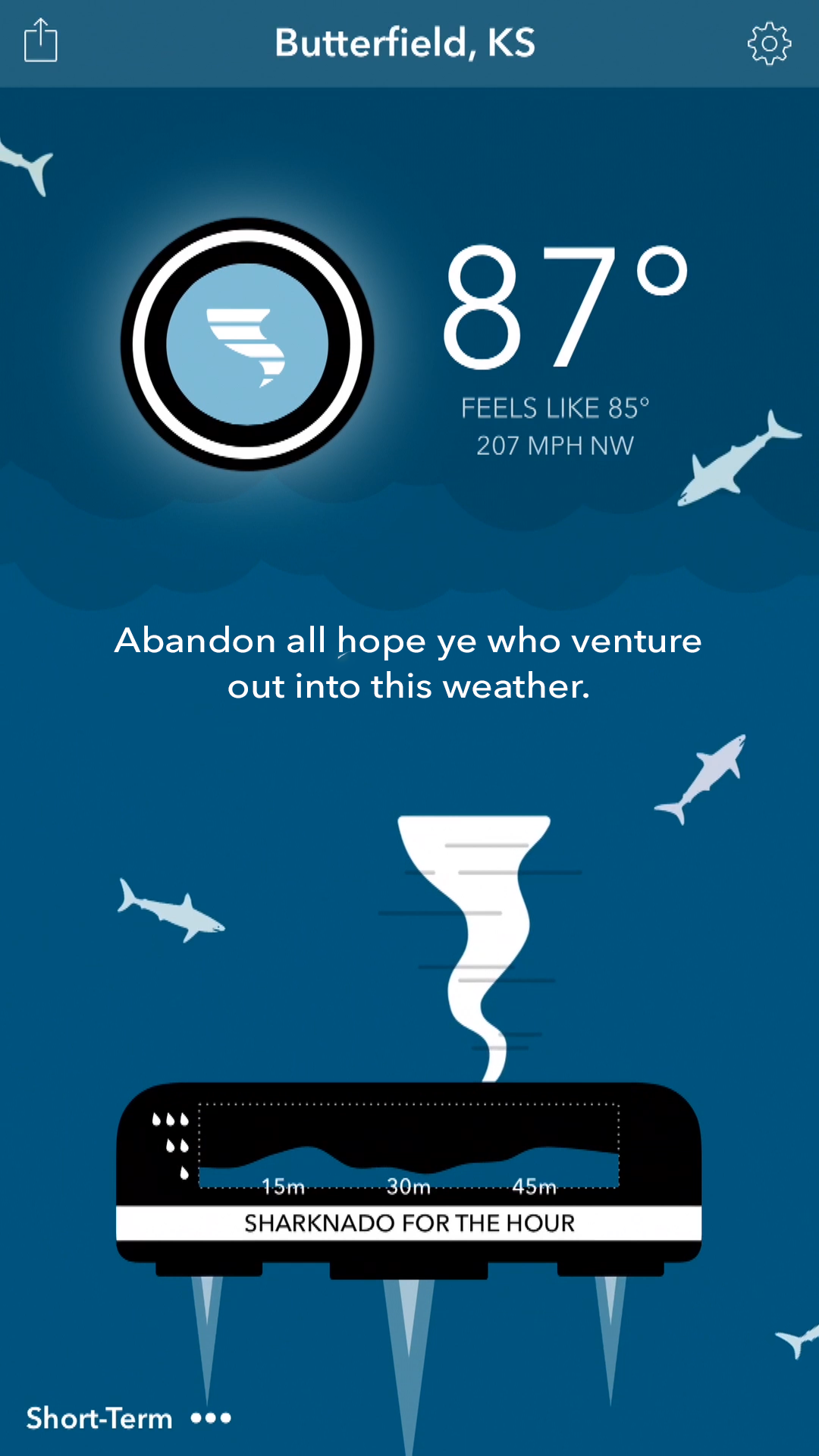 The new app taps into Dark Sky’s powerful rain predictions to provide accurate and detailed forecasts. Unlike the plethora of other weather apps, Carrot has a number of themes that you wouldn’t expect to indicate weather.

There are also hidden scenes for some cities, like New York as the Robopocalypse and Tatooine.

It’s a fully-functional app aside from the fun stuff, providing detailed weather forecasts if you swipe up from the bottom of the screen.

For $2.99, Carrot Weather is a good, fun alternative to other weather apps out there.