Today I had a Twitter debate with a woman in tech I highly respect; TechCrunch’s editor Alexia Tsotsis. What I respect about Alexia is that she writes truthfully, never pandering to her abusive audience of trolls who judge her for every word she writes. It takes big balls to read endless hater comments on your posts from mostly men who decide it’s their job to tell you if your writing sucks or not; I’ve been there and it’s not pretty.

But maybe I was wrong about Alexia as it was surprising to hear her advice for me today about being a woman in tech after I posted a sex-natured Tweet last week. Her advice: “You have two choices, you can either be good at what you do or be a symbol of your sex [as in gender].

“This is the prevalent attitude in the tech industry and it must be taken into account when trying to get actual work done.”

My frustration began to build, “Only two?” I replied. “Why do I have to be anything other than myself? Shouldn’t we be able to change the prevailing attitudes?” I Tweeted.

My next reply was about Richard Branson, a man who is a well-respected entrepreneur and frequently seen with naked models; “he is taken seriously and also has a lot of fun – why can’t a women?” I asked Alexia.

“@hermioneway Am not saying the attitude is 100% right, just saying that it is. We really don’t live in the world we want to live in.”

For a woman in tech whose opinion often goes against the prevalent attitude, I found it hard to believe Alexia was saying in order to succeed in technology and business you need to succumb to certain behavior. Silicon Valley is supposed to be a place that challenges and disrupts the norm, pushing the human race forward and changing the problems we face, not settling for a ‘world we don’t want to live in.’

Over the years I’ve followed another great female technology writer, Venturebeat’s Jolie O’Dell who’s also had her fair share of haters. She valiantly learnt how to code, I’m sure in part to prove to her technology savvy tech readers that she was a legitimate person to be disseminating tech news, but why do women feel they have to change their behavior in order to succeed, shouldn’t we just try to be the best ‘me’ we can be? If being true to yourself means pissing a few people off along the way then so be it, after all when it comes to startups ‘If you’re not pissing someone off you’re not innovating.”

I find it strange there are headlines when female tech entrepreneurs also wear dresses or the raging debate around Yahoo’s CEO Marissa Mayer being feminine and into technology; people can’t get past the red dress or see how it could change current preconceptions of the tech industry for future women leaders.  Mayer puts in succinctly: “One of the things I care a lot about is helping to… show girls that you can be feminine, you can like the things that girls like, but you can also be really good at technology,” Mayer told the Daily Beast in 2010. 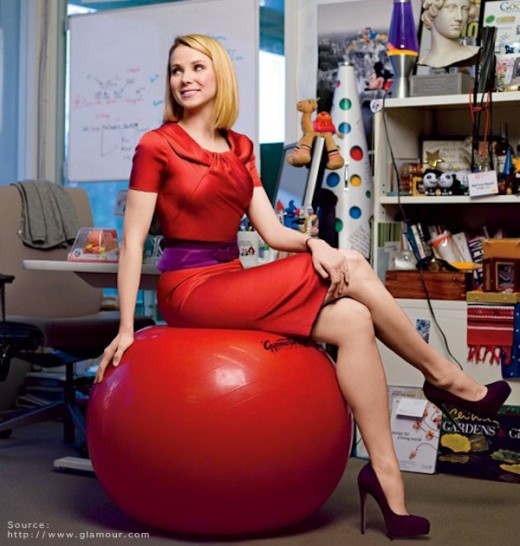 It comes down to being able to act in the correct manner in different situations; I would never talk about sex in a boardroom with potential investors, but I’m a young woman who enjoys sex so it might well come up in conversation in a social setting with friends. Get over it.

This is 2012 not the dark ages, things change; The USA, a country built on slavery elected a black man as president who publicly supports gay marriage. There should be no hard and fast rules about being a women in tech or building a startup; accelerator or no accelerator, investor or bootstrapped, dress and heels or a hoodie and flip flops, gay or straight, black or white, likes sex or is abstinent.

Anyone should be able to build a startup and take whatever route they like and, (as Jobs said) ‘without the dogma of other people’s thinking’. I believe the fewer rules or societal attitudes we follow the more we can have creative freedom to disrupt the status quo and succeed. Do I think any less of Branson as an entrepreneur or businessman because he likes naked girls? No. Do I think any less of Alexia as a writer because she Tweeted about sex? No. Humans are sexual animals by nature, and if people don’t want to do business with you because you’re being you, you should ask yourself if those are people you really want in your life?