A short gamma ray burst known to astronomers as SGRB181123B is the second most-distant well-established SGRB ever seen, and the most distant to ever known to display an optical afterglow. Examination of this object could reveal data about the behavior of the densest stars in the Universe at a time when our Universe was still in its adolescence.

Short gamma ray burst are incredibly short-lived events (sometimes lasting for a matter of hours before fading), occurring far from Earth. These characteristics combine to make these events notoriously difficult to detect and study.

The discovery of such an event nearly two years ago led to a hasty coalition of telescopes aimed at the enigmatic object.

“We certainly did not expect to discover a distant SGRB, as they are extremely rare and very faint. We perform ‘forensics’ with telescopes to understand its local environment, because what its home galaxy looks like can tell us a lot about the underlying physics of these systems,” said Dr. Wen-fai Fong, assistant professor in the Department of Physics and Astronomy at Northwestern University.

[Read: The Solar Orbiter just snapped the closest-ever pictures of the Sun]

It was two years ago on Thanksgiving…

On Thanksgiving night in 2018, astronomers found a feast of data from the Neil Gehrels Swift Observatory, revealing a previously-unseen SGRB. The team managing observations for the space-borne observatory contacted astronomers at one of the word’s greatest ground-based telescopes, Gemini North on Mauna Kea in Hawaii.

“It was unreal. I was in New York with my family and had finished having a big Thanksgiving dinner. Just as I had gone to sleep, the alert went off and woke me up. While somewhat of a nuisance, you literally never know when you’ll land a big discovery like this! I immediately triggered the Gemini observations and notified Kerry. Thankfully, she happened to be observing at Keck that night and was able to rearrange her original observing plan and repoint the telescope towards the SGRB,” Wen-fai recalls.

The international Gemini Observatory (a program of NSF’s NOIRLab), quickly confirmed the finding, utilizing their 8.1 meter telescope on Mauna Kea. Astronomers there also dated the event to the “teenage” years of the Universe, less than four billion years after the Big Bang.

“We took advantage of the unique rapid-response capabilities and exquisite sensitivity of Gemini North and its GMOS imager to obtain deep observations of the burst mere hours after its discovery. The Gemini images were very sharp, and allowed us to pinpoint the location to a specific galaxy,” said Kerry Paterson of the Center for Interdisciplinary Exploration and Research in Astrophysics (CIERA) at Northwestern University.

These observations were reinforced by data recorded at the W.M. Keck Observatory in Hawaii and Multi-Mirror Telescope (MMT) at Fred Lawrence Whipple Observatory on Mount Hopkins in Arizona.

This was a triumph for this international collaboration of astronomers, quickly networking several observatories, to observe this short-lived event.

These short gamma ray bursts are likely the result of collisions between pairs of neutron stars. These mergers result in the release of vast amounts of gamma rays, the most-energetic form of electromagnetic radiation. On average, astronomers detect seven or eight of these short-lived events each year.

The discovery of a SGRB this early in the formation of the Universe could refine ideas about how quickly two neutron stars take to collide. The video below shows the CIERA Director Vicky Kalogera and Associate Director Shane Larson of Northwesstern University give a short explanation about the nature of short gamma ray bursts (recorded in 2017)As astronomers look out to greater distances, they are also seeing further back in time, as light takes time to travel through space.

Therefore, the great distance at which these SGRBs take place provides researchers with an opportunity to learn about the ancient Universe. At the time SGRB181123B erupted, the Cosmos was just 3.8 billion years old.

“Our research now suggests neutron star mergers could occur surprisingly quickly for some systems — with neutron star binaries spiraling together in less than a billion years to create an SGRB,” Paterson stated.

Analysis of the discovery was detailed in the Astrophyiscal Journal Letters.

The discovery of SGRB181123B was, surprisingly, the second such event recorded on that Thanksgiving night — hence the B at the end of its already highly-logical name. It seems this was just the first in a series of surprises this object had in store for astronomers here on Earth. 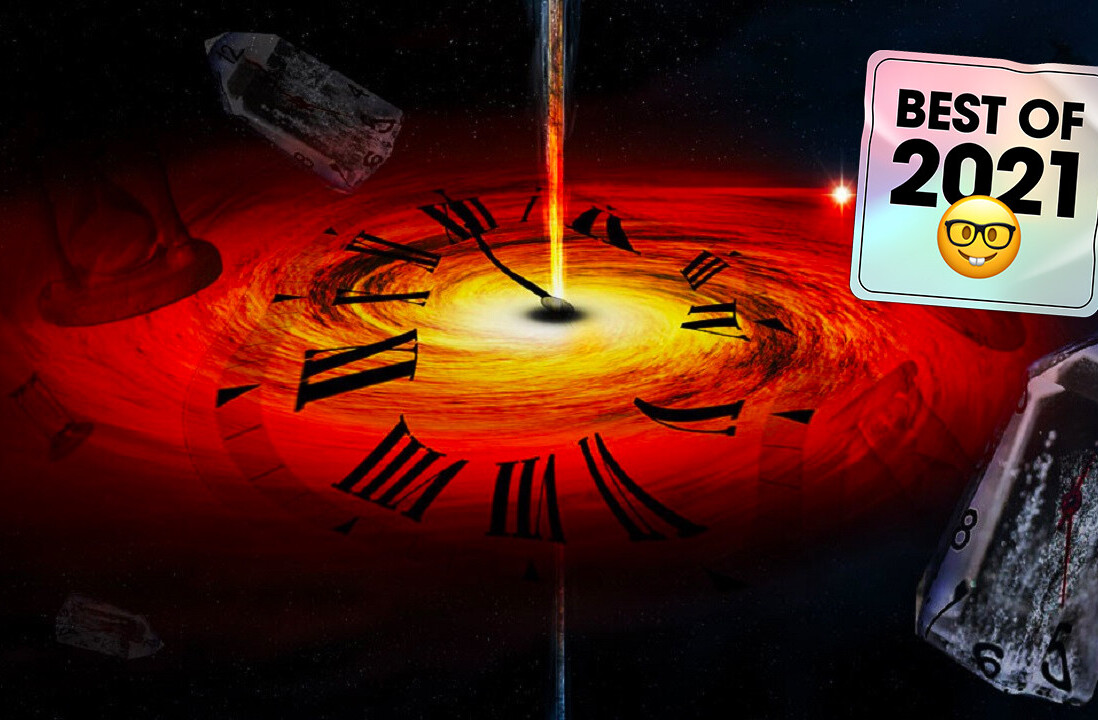