Who would have thought that a company located just above an Irish pub in San Jose would grow to be so successful? According to Bunchball‘s Founder and Chief Product Officer, Rajat Paharia, Bunchball originally had roots in “social gaming”, a concept that he admits was a bit too early to market and proved very difficult as a pitching point.

But what is Bunchball, exactly? Paharia describes it as a web-based software-as-a-service company that sells its social game mechanics platform to parties interested in becoming more social or game-based. These companies then pay Bunchball a monthly or yearly licensing fee in order to use its software.

When Bunchball originally set out in 2005, it began by approaching social companies similar to Facebook, Myspace and even dating websites with the advice that adding gaming to their social graphs would make a “killer” app. Unsurprisingly, no one believed that such a concept would take off, as no other companies at the time were incorporating “gamification” with any success. Which leads me to my next question …

Why does Bunchball focus on social gaming at all? 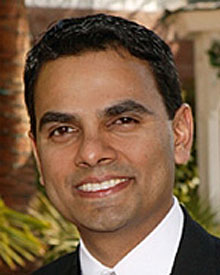 Paharia had this to say on the subject:

“We realized how incredibly powerful [game mechanics] were at motivating people because they satisfied our fundamental human need for reward, status, achievement, competition, self expression, altruism etc. It changed the company. We provided [game mechanics] as a web service that anyone could take and use to motivate people on their website. And we’ve been doing it ever since!”

It’s a good thing Paharia didn’t give up on the idea, as Bunchball received its first customer in 2007 when it was approached by NBC.com to form a community site for fans of the hit TV series, The Office. Now with over 100 customers later, Bunchball has managed to become incredibly successful, reaching goals it never would have imagined possible in its early stages, and all while wielding an impressive portfolio of clients.

These customers include media networks like USA, Bravo, ABC, CBS, etc, as well as companies looking to be more loyalty-driven like Warner Bros. Bunchball has also worked with with enterprise firms like Salesforce.com, sites that want to build their community like Myspace, and even financial services like Capital. Basically, anywhere that there are people to be motivated, Bunchball is there using game mechanics to get the job done.

Don’t just take my word for it. Let’s listen to what Paharia has to say.

Sherilynn Macale (SM): Can you give me an example of a product or service that you’ve offered?

Rajat Paharia (RP): Sure. USA Network has this TV show called Psych as well as a ton of content online that they want people to consume. One of the things that these media companies do is, they throw up all this content like blogs and videos, games and stuff — and they just kind of hope that people will consume it. The guys at USA were very smart. They said, why don’t we reward and incentivize people for consuming all of our site content, and even for sharing it to their friends and their social network?

So they essentially built an audience or fan-engagement program using our platform. In other words, a loyalty program for a TV show. So now every time I perform an action on that site, I earn points. Then I can take those points and redeem them for a couple of things — Virtual goods to customize my own Psych virtual office, and even dollar value goods like Psych DVDs and bobble head dolls, etc.

By implementing our program, the guys at Psych were able to drive page views from 9 million a month to 16 million a month, time on site from 14 minutes a session to 22 minutes a session, and visits per month from 2 to 4.5. So not only did it generate ad inventory for them online by increasing page views, they also saw an increase in viewership in the 18 – 24 demographic of the TV show by 40%. So that’s one example of how companies are using us.

SM: What about the early years? Can you elaborate a bit on why you continued with Bunchball regardless of not seeing much success, and where you are now as compared to before?

RP: In 2007, we were too early to market with gamification. So there were a couple of years where not a whole lot was going on — We had to be very evangelical, educational and drag every deal over the finish line. But then in 2010, Farmville and Foursquare exploded. So that gave everybody kind of the example they needed about game mechanics and their power.

Since then, our business has taken off. We’ve grown bookings 150% percent, have seen an increase in new business, our renewal rates are really high at over 90%, and we’ve doubled our customer base from 2010 to 2011, while our B2B client base has increased by 5 times. All these things are good. All those metrics are heading in the right direction.

SM: What sort of projects are you working on today? 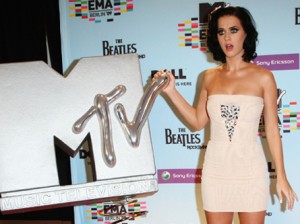 RP: MTV’s European Music Awards. We did a program with them that ran across thirty different sub-domains and twenty different languages to build a “super fan engagement program” for the EMA’s. This is to encourage people to vote for their favorite bands and teams, watch videos of EMA performances — all of these kind of behaviors that they wanted to drive around the EMAs, they are able to do through our platform.

The LA Kings are actually going to be the first major sports team to use gamification for their fans. It’s the perfect fit, right? Sports fans are already highly engaged, highly competitive, status driven, wanting to be part of a club — all of those kinds of things. So the LA Kings are working with us to put together a program for their fans.

SM: It sounds like you’re reaching out to a ton of different markets. With all of these companies that you’ve partnered with, you’ve been able to get in touch with a ton of varying communities — that’s exciting! Are you planning on doing anything with these communities? What’s the sort of “bigger picture” for where you want Bunchball to go?

RP: The big picture is to be the “motivation engine for the Internet”. We know how to motivate people, and that’s what we’re doing across a bunch of different areas. Again, anywhere where there are people to be motivated, you can use this stuff — the opportunity space is really big. We could go into education, healthcare, and into a lot of areas.

We’ve decided to focus on three very specific areas. The first is audience engagement, like a company that The Next Web would use, or USA, or media companies that are ad revenue driven and are trying to engage an audience around their constantly flowing and fresh content. We have a lot of customers in that bucket right now.

The second is employee motivation, so we’re doing a lot of that in the enterprise. We’ve developed apps incentivizing sales employees, for example, to sell more. Another app was made for Jive, which is this internal social networking software for companies and it really has a lot of functionality and is very complicated. People don’t really know how to use it, so they don’t adopt. So we’ve built an on-boarding app which works really similar to how a lot of these social games onboard players. CityVille, for example, is really complex so they have to train people in the first five minutes on how to play it. We’ve done the same thing for Jive, and also for Photoshop.

SM: So you’ve created tutorials on top of these programs?

RP: Yeah! Tutorials that are wrapped in game mechanics. So you’re feeling this sort of structured progression. 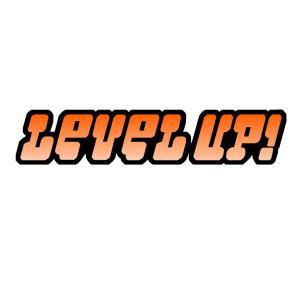 RP: Right! So in this Jive thing, I’m like a Level One “Little Fish” or something, and I have three missions to do to get to the “Grasshopper” level, which unlocks a whole new set of missions. I have high score tables, I can earn points, redeem them for stuff — and it all drives people to go through this on boarding process and turns the act of learning into a game. We’re seeing a lot of success there.

The third vertical we’re looking at is loyalty and e-commerce, which is, I’m a company that wants to sell something. How do I get people to buy more? There’s a lot of opportunity there. The loyalty space is kind of primed for gamification — they already use some kind of game mechanics: points, levels, etc — but they don’t use all of it, so there’s a big opportunity. So we’re working with this loyalty company called Meritz. They’re a $1.5 billion dollar loyalty company in St. Louis, and they’ve taken our platform and integrated it into theirs, and they’re out selling it for us.

SM: Do you find that you’re doing a lot of “educating” about game mechanics when people come to you? Or do people already know what they want when they find you?

RP: It’s actually a really good mix. We’re doing a lot less education than we had to — if you had listened to our sales pitch two years ago, it would’ve been forty-five minutes of me kind of explaining the whole thing to you.

RP: Exactly! Now it’s like, five or ten minutes. It’s like, “Gamification. You’ve heard about it, you’ve seen it on FarmVille, Foursquare etc — here’s how we’re going to bring it to you.”

SM: So what’s your competition in the space like, then? Why would someone come to you versus another company that deals in the same thing?

RP: They come to us because we have a lot more experience. We have, basically, a four year headstart on all of the competition. Four years of extra capability in the platform, specific experience in doing this over a hundred times, our customer roster compared to all of the competition is … It’s a mix of different companies, but very heavily weighted towards the Fortune 500. Like HP, Intel, Adobe, Warner Bros., Hewlett Packard — that’s our customer base.

We work with startups too. We love them. But of course, we’re also able to handle the needs and requirements that are working at scale with very important systems. So our competitors are just doing that Foursquare in a box widget, dropping it onto your website and just hoping it will take off, but not really understanding the community or content. That’s not gonna work. We know this.

We have the experience, we have the thought leaders, customer list, platform, and on any metric you might measure, we’re well in the lead.

SM: What do you want people to walk away with from this interview?

Gamification is real, and it works.

From the recently exploding success of companies like Bunchball, it’s safe to assume that the future of loyalty and e-commerce, audience engagement and employee motivation can easily be improved with social game mechanics. Bunchball has lead the way in this concept since 2005, and only continues to grow over time.

If the idea of social game mechanics makes your heart flutter, check out our video with Bloom Studios which turns your favorite applications into beautiful gamification interfaces where you can interact with data in a different way.