At LeWeb we had the pleasure to meet Michael Lazerow, CEO and founder of Buddy Media, a social enterprise software company with an impressive list of clients, featuring some of the world’s largest brands. Michael talked to us about Buddy Media’s next steps, Google+, the rising forces of Tumblr and Instagram, social commerce and what he sees as the hottest trends in social media for 2012.

TNW: Michael can you tell us a bit about how Buddy Media came to the success it has now and what are your next goals?

Michael Lazerow: We started off in the United States and in two years to we went from 40 to now almost 250 people. We have offices in New York which is our primary office and then we have 50 people all over the world. We have a West Coast office in San Francisco which is growing fast, an office in Europe and we also opened one for Asia, in Singapore.

We’ve seen our client base go from 0 to over 600 clients and agencies who license the platform, we went from working with just Facebook, to Twitter and LinkedIn and Google+ we were the only company who was a charter preferred developer partner for all four of those platforms. We also broke out off the social nets with our Reach Buddy product that enables our customers to bring their socially connected content from Facebook or Twitter for instance to their own assets.

We’ve focused on how to combine great content and technology to distribute it. So far there has been a confusion with social media the customers wanted to have a presence to get in the game but didn’t really have clear goals, now we start with really good ideas and unleash them across multiple channels that are socially connected so as people engage they are challenging and inviting friends to share experiences online.

Our goal is to keep creating better product  products that let brands do three primary things:

2. Listen: not only push out content and grow their number of friends or followers, but also gather quantitative data about what’s happening with these platforms and using this data to make better decisions. Benchmarking is key.

3 Deploy globally: we have some clients that have over 1000 people that at any given day will log in our technology to manage a Facebook page in their country, or monitor what’s going on, or look at analytics, so rights provisioning, like who has the right to do what  is very important as well as managing workflow and data auditing. We are really built for enterprise so that is why we have clients 8 out of top 10 global marketers, the largest brands in the world like the NFL, David Beckham and the US Airforce

TNW: So where will you be focusing on the next three months?

Michael Lazerow: There are three things we look at: what we will do in product, in sales and distribution support and the company Buddy Media as a whole. 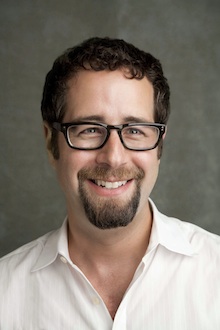 From a product standpoint we recently announced a deal with comScore through which we can now provide deeper analytics, show brands where and what their Facebook fans buy, what are their favorite tv shows, etc. This partnerships enables us to provide powerful analytics by combining real world panelist data with a brand’s Facebook fans. So analytics will be in our focus probably not just for the next three months but for the next three years, we will continue to build there new platforms. We are just beginning because people are just realizing that Facebook is great, but there is so much more than that.

Data and how you engage your customers is pretty much all we’re focused on a for the next three months but we will still be working on all the three things I mentioned. We are not a company that goes silent for three months and then comes out with a totally different, better product, we built this company like Facebook, pushing things live every week. We build, listen to clients, optimize and continue to build over time.

TNW: What do you think of Tumblr’s and the debate around whether it provides enough analytics for brands?

Michael Lazerow: Inside the technology and social media field we are very focused on the where and the what, like what is the platform you are building something on and with what technologies but I think for publishers and brands it is the content that matters the most and taking it where there is an audience. I think what Tumblr did early on, frankly better than Twitter, was they solved the creative crisis of how you program content.

Twitter is great but it’s only 140 characters. If you are a fashion brand, a publisher, a real estate company or any company that has images and video and sound to share you wanna be able to program content. So far Facebook was the only place you could do that with Facebook tabs and the wall, on Tumblr you can do it and you can have a chronological order of all your content.

The other platform that has emerged as a strong player in sharing content is Instagram, I think Tumblr and Instagram — although Tumblr is much bigger right now than Instagram — are very exciting to a lot of our brands and they are places to program content, without investing a lot of money. A brand can easily add and connect Tumblr to its social media management system, start publishing content and figuring out what content works better and grow a following there. Instagram’s feed in comparison to Tumblr’s is limited to photos, Tumblr offers a variety of media and that’s why the world’s youth really revolves around it now, Tumblr is the second most popular net behind Facebook for them.

I don’t look at Tumblr just as Tumblr but as a two way communication vehicle, as part of a system that integrates all of your social media activity and helps you tell stories at scale. That’s what our job is, to make this easy to do this anywhere so you don’t have to say oh I have to invest 1 million dollars to do Tumblr, another for Instagram, to make all these part of your socially distributed network.

TNW: What’s your take on Google+? Is it worth the investment?

Michael Lazerow: There two things that make Google+ really interesting to me: one is it’s growing faster than a lot of the other social nets did at the beginning, so you have to pay attention, and the second  it’s Google, so they’re in it for the long haul, they’re not going away. They happen to own search, mobile, a big chunk of it with Android, browsers, video with YouTube and so to me it’s how this social layer of G+ interact with, affect, integrate with all these. 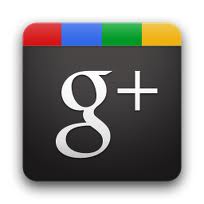 How it affects search I think is the most important. What your customers +1 is going to start affecting what they see in their search results and let’s not forget that YouTube is the second largest search engine behind Google.com. It will be interesting to see, how does it tie in with your mobile strategy not only on Android but on HTML5 and iOS.

I think brands need to invest now because when you are early with these platforms you get a lot of the learning out of the way and and you build capabilities that it takes others years to do. There is a reason Coke, Starbucks and NY Times have very successful Facebook strategies, they were there when Facebook was 20 million people, that’s when I started this business. So now that Facebook has gone up to 850 million people they are at a huge advantage because they have infrastructure and content systems in place to market there and you wanna get there with new social media platforms like Tumblr and Google+

TNW: Social commerce and f-commerce have been two huge buzzwords in 2011? Will they still be in 2012?

Michael Lazerow: F-commerce doesn’t really work right now. Every attempt to build a fully sustainable store on FB has either led to publicly saying it’s just testing or they’ve said nothing and haven’t released anything. If there were good numbers, and I know a lot of the numbers, cause we’ve done it like a hundred times, they would.

Brands should hook up their e-commerce site to Facebook in a more meaningful way through wish lists or gift guides, enabling the customer to invite friends to check out their registry on their Facebook profile or giving the option try on an outfit with a kiosk in store where you can take a picture and upload it to Facebookto get real time feedback from friends. The consumer now can go shopping with 200 friends instead of just one friend. I think social will be a huge part of the commerce this year but I’m a little skeptical about whether the focus of commerce should be on Facebook versus mobile and the web.

Michael Lazerow: It’s the year of Tumblr! We are all talking about it, they are growing like crazy, it works. There is a reason NikeiD runs their blog through Tumblr, that’s where people are! It’s huge!

Here is my feeling, not Buddy Media’s view, but my controversial personal view: in order to have a successful social network you need two groups, celebrities and women There’s never been a social network that has taken off and didn’t have celebrities and women. That is one thing that’s holding back Google+ it’s primarily men right now, but it’s still very early and it is a work in progress.

When you look at the Nielsen social media report and what’s the largest concentration of young women and celebrities right now, it’s on Tumblr. Barack Obama started his campaign Tumblr you have the Lady Gaga and so many more. Celebrities are all over Tumblr like they were on Twitter, that’s what grew it. I think you wanna invest ahead of that curve, it’s happening when a celebrity says you can follow me there, when a date says connect with me here instead of Facebook, that’s how these movements get started.

Having lived through Facebook and before that AOL, Netscape and Yahoo, I’ve been in this business since 1994, I feel the same excitement and momentum in Tumblr and Instagram. Tumblr is much bigger and I think is more meaningful right now. Get in front of it. Who cares if they don’t have analytics? They have 50 people controlling a huge chunk slab of the internet!

We are a little too focused on ROI. The ROI is built in the distribution of content. If you distribute content where people see your messaging the ROI is there. You’re communicating that’s why the world goes around and I don’t really think you can look at Tumblr and say I shouldn’t be connecting and putting content out there.