Elo7 has acquired its Argentine counterpart Bixti and opened an office in Argentina, the Brazilian startup announced today. Both companies are Etsy copycats that offer marketplaces for handcrafted products.

For Elo7, the deal is a way to start its regional expansion, while acqui-hiring talent. As part of the transaction Bixti co-founders Alexis and Marina Caporale will join Elo7 along with the whole Bixti team, while Elo7’s COO Carlos Augusto de Araujo will lead the regional operation. 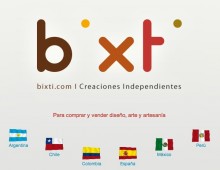 While Elo7 itself attracts more than 7.6 million visits per month and boasts over 85,000 registered craftspersons, this acquisition will help it expand outside Brazil, as Bixti already operates in several Spanish-speaking Latin American countries.

As for the new Elo7 office in Buenos Aires, the company hopes that it will serve as a second development center to attract engineering and design talent.

As you may know, Elo7 has received investment capital from Accel Partners, Monashees Capital and Insight Venture Partners. As for Bixti, it was part of the first acceleration batch of NXTP Labs (see our previous post).

E-commerce is a fast-growing segment in Latin America, especially in Brazil. According to Forrester, online retail sales will reach more than $25 billion in the country by 2017, more than doubling expected sales of $12.2 billion in 2012.