Boffoli’s complaint (also embedded below) alleges that Twitter users copy his registered Disparity series of photos, which are everyday scenes created using food and toy figures shot from up close, without a license.

Boffoli says his business is based on licensing and selling the photographs he creates online and in art galleries worldwide, and that he has licensed use of the Disparity series photographs to greeting card companies, calendars, and others.

In addition, Boffoli says the copyright-infringing photos are posted on Twitter or third-party servers, with tweets advertising or linking to each infringing use.

The complaint further alleges that Twitter has not removed the allegedly infringing uses from its servers or disabled the links to them, despite receiving a total of four DMCA takedown notices from the artist in July and August.

We’ve embedded the relevant court documents below. We’ve also reached out to Twitter but haven’t received a response.

Boffoli’s allegations against Twitter include (willful) copyright infringement and failure to comply with the DMCA by not removing or disabling access to the infringing uses upon his requests.

The fine art photographer Boffoli seeks temporary and permanent injunctions, the destruction of all infringing copies, actual damages or statutory damages plus damages for willful infringement, and attorney’s fees and costs.

Funnily enough, Boffoli appears to be quite an active Twitter user, although he regularly uses it to berate people who upload or link to his work (in a widevariety of languages, even).

We reached out to Boffoli for further comment, and this is how he views his actions against Twitter in his own (less legalese) words:

Actually, it is very simple. My intellectual property was hosted (and as far as I know still is) on Twitter servers without permission.

The infringement was reported to Twitter and they confirmed receipt of my infringement notice. But for whatever reason they failed to take action in response to multiple requests for takedowns, as is required by law.

The DMCA is designed to both protect artists and to give them an easy out for the infringing actions of their users. It is their failure to take action on the infringement, which is the basis of my complaint.

It’s definitely a very interesting case, and I’m positive experts on U.S. copyright law and the DMCA are going to have a field day dissecting it.

Your comments are welcome, and you can contact us by email as well.

“Thanks for reaching out, but we don’t comment on pending litigation.” 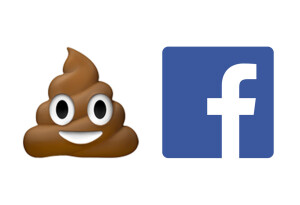