I remember the first time that I used cloud-based operating system Jolicloud. There was something about it that just made sense to me, as someone who spends the majority of my time online. Then, when Google’s Chrome OS landed on my door with the Cr-48, I thought I’d seen the future.

But as much as I like working in the cloud, and the freedom that it can bring, there’s a lot to be said for the ability to use applications that are native to my desktop. Unfortunately there hasn’t been a good way to do this, except with file management apps such as Dropbox. That is, until we saw Bitcasa.

The promise of Bitcasa is to bring you infinite storage on your desktop. CEO Tony Gauda tells me that he had the idea to build the platform back in February of this year. Though it wasn’t exactly what it is today.

“It wasn’t infinite storage, but it was a network, somewhat like a LAN. I left a full-time job and started doing research about what people wanted. What I found was what really resonated with consumers was keeping data safe and the threat of running out of space.”

Gauda had previously worked with MasterCard where it was his job to come up with fraud prediction systems, so that data safety concern was something with which he was infinitely familiar. Two weeks prior to a start time with Cincinnati-based accelerator The Brandery, Gauda and his co-founder Joel Andren flew out to San Francisco just to see what sort of interest they could drum up in the service.

“We met with Matthew [Prince, CEO of CloudFlare]. We showed him the demo and an hour meeting turned into a six-hour meeting.”

Securing some initial funding, the team went to work, building its own platform on top of another (Gauda isn’t specific, but you can almost bet that Amazon’s cloud is part of this picture) while beginning to build out its own infrastructure for a later transition. Then came TechCrunch Disrupt.

The team pitched the product and the questions began. But before we get into that, let’s talk a bit more about how this whole thing works.

For $10 per month, Bitcasa promises that you’ll have essentially endless storage. The cloud will become your hard drive, and you’ll be able to work with files in real-time, as long as they’re cached locally. Bitcasa manages latency times on your system by automatically adjusting to locally cache the files which are most important to you. Non-local files will require download time, but that pre-caching should eliminate most of the snags.

So why not just use Dropbox? The issue comes down to having a single folder where your data is backed up, versus having your entire operating system and all of your files stored securely.

“It’s really hard to compete with Dropbox on sync. So I started asking myself about what issues that I, as a MacBook Air consumer, would have. So instead of a network, I wanted to see if we could get this to integrate into the OS itself. We eventually found a really convenient way to make it work.”

The limitation, of course, is bandwidth. If you are at home, working on slow broadband, it’s probably not the greatest option for you. It will work, but your latency times for non-cached files are going to be difficult to deal with. For those of us blessed with truly high-speed Internet, it’s a potentially-huge product.

There are a couple of questions to be answered, however, and they’re big questions. The answer to one is easy, but the other could cause your brain to bend for ages.

How does Bitcasa afford the storage and bandwidth? This is one of the easier questions. You have to realize that a good number of the files that you have on our computer are the exact same files that someone else has. So Bitcasa can run a hash check against those files and de-duplicate them, essentially making its cloud storage requirement smaller.

The other factor here is bandwidth, and Bitcasa is betting on the same thing that wireless carriers already know – most people don’t use nearly as much bandwidth as they might think. Combine that fact with a local cache  and de-duplication and the mystery unravels even further.

Are my files encrypted? The short answer is yes. The longer answer comes in how the encryption works, and we’ll talk more about that in a moment,  because the process sounds like it could be a potentially huge risk, even if it were perfectly secure.

Now let’s talk about the brain benders. First off, that encryption uses a model that you’re probably not familiar with, even if it’s been around for a while. It’s called convergent encryption and it essentially works like this, according to Dan DeFelippi, founder of Passive.ly:

“Instead of each user having a single encryption key used to encrypt all files, a hash of the file being encrypted is used as the key. The user then stores this key along with other file metadata on the client side. This means all files are encrypted, and all copies of an encrypted file are the same no matter who has encrypted it.”

Some have argued that the files, if they can be decrypted with data that is being stored in the file itself, are not truly secure. Without getting into a whole theorycrafting argument about data encryption, I firmly believe that the files are indeed secure, but I’m also not an expert on the subject. 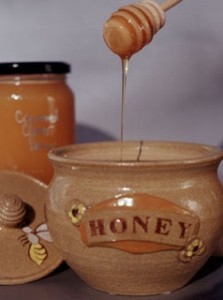 The other argument that has come up is one that was raised with iTunes Match and the honeypot theory. Could the RIAA or MPAA knock on the door of Bitcasa and force them to turn over user data, thereby exposing the illegal files that some people might have? Again, I’m not an expert, but I believe that the same safety net applies here as it does to iTunes Match.

Essentially it comes down to the fact that, before it could go to court to get a warrant, an organization would need to prove that the files are indeed there, but it would need to do so independent of the data held by Bitcasa. But as the lawyer that I quoted cautioned in the original piece, acceptable methods change, as do judges, so buyer beware.

Of course, there’s a factor here that Apple has which Bitcasa doesn’t – being a multi-billion dollar company, with the lawyers and PR to protect itself. Bitcasa, if approached, is sitting only on some initial funding and it very well could fall victim to RIAA/MPAA bullying that we’ve seen in the past.

In short, Bitcasa is a service that has absolutely massive potential, but with that potential it toes the line on some equally-massive risks. Is that potential risk worth the reward to you? It’s a question that each user will have to answer for themselves, but over 50,000 beta signups in the first 48 hours says that people are definitely interested.