“Both the automotive and the telecom industries are at a historic crossroads,” says 54-year-old William Clay ‘Bill’ Ford Jr. “It also happens that helping define the future of mobility is a great personal passion of mine. One hundred years ago, the automobile redefined personal mobility. Today, portable communication devices are redefining personal mobility. And I believe that in the future, we will redefine personal mobility together.”

Bold and ambitious words for sure, and after sitting through this keynote speech at Mobile World Congress (MWC) in Barcelona, it was difficult not to be taken on board by at least some of the future-gazing from the descendant of Ford’s founder.

The Ford Motor Company was founded by Henry Ford way back in June 1903, and it’s safe to say that the introduction of the Model T automobile in 1908 turned the American transport industry on its head. More than a century on, Henry’s great-grandson Bill serves as the motor giant’s Executive Chairman, having worked his way up through the company after joining in 1979.

Having Bill as a figurehead certainly works in Ford’s favor too, as his words hold that little extra weight given his direct bloodline to the company’s founder. And The Next Web was in attendance to to see what he has planned for the iconic automobile brand, as we shuffle deeper into the digital realm.

Following on from the days earlier announcement that Ford was rolling out Sync, its in-car communication system, to Europe, Bill took to the stage at MWC to outline the company’s vision beyond the next few years. So…what kind of innovations can we expect from Ford in the next decade?

Well, with Sync already rolled out in more than four million cars across the US since it was launched in 2007, Ford announced its plans to target 13 million drivers with the technology by 2015, with 3.5 million of those in Europe alone. “But we’re still in the early stages of this communications transformation,” says Bill. “There are many challenges ahead of us, but I also believe incredible opportunities.”

It was against this backdrop that Bill laid out Ford’s “Blueprint for Mobility” vision, calling on the mobile industry to help develop effective transportation solutions in the coming years and far into the future. Bill outlined his plan for ‘connected cars’ to help circumvent a future which, as the current trajectory suggests, will be crippled with congestion.

There are currently seven billion humans that call planet Earth home. Between them, they share, figuratively speaking, one billion cars. The world’s population is expected to grow to nine billion by 2050, at which point there will be four billion cars on the roads. Sure, they won’t all fall in major conurbations such as New York, London, Paris or Tokyo, but given that 70% of the planet’s population will be city-dwellers in 2050, it’s a safe bet that cities the world over will be squeezed to bursting point. What to do?

Bill has a vision. And without reference to this specific concept, it seems to be deeply rooted in the so-called Internet of Things, a term which refers to the idea that any physical object could have a connection to the Internet. Imagine secondhand objects on shelves that tell you their full history, or perhaps park benches that tell you from afar if there’s a spot free to eat your lunch. You can really let your imagination roam free when discussing this concept because, well, it has yet to really come to fruition and its future has yet to be determined.

As for Bill, he proposed that one way to avoid the global problem of an overcrowded network of roads is to create a global transport network that will see communication between vehicles, transport infrastructure and individual mobile devices.

“If we do nothing, we face the prospect of ‘global gridlock’, a never-ending traffic jam that wastes time, energy and resources and even compromises the flow of commerce and healthcare,” says Bill. “The cooperation needed between the automotive and telecommunications industries will be greater than ever as we prepare for and manage the future. We will need to develop new technologies, as well as new ways of looking at the world.”

The main challenge for ‘The Internet of Things’ is one shared by Ford’s plan to create a global transport network that communicates within itself – it requires cooperation on an unprecedented scale. From governments and technologists, to manufacturers and everyone in between, it needs large-scale sign-ups and all involved must be reading from the same hymn-sheet.

There’s little point in one car only talking to other cars made by the same brand. They need to be interconnected and they can’t discriminate based on model. We need standardization, but also within that there needs to be differentiation because competitive advantages will still be what sways one consumer towards one particular brand.

“No one company or industry will be able to solve the mobility issue alone and the speed at which solutions take hold will be determined largely by customer acceptance of new technologies,” says Bill. “The telecommunications industry is critical in the creation of an inter-connected transportation system where cars are intelligent and can talk to one another as well as the infrastructure around them. Now is the time for us all to be looking at vehicles on the road the same way we look at smartphones, laptops and tablets; as pieces of a much bigger, richer network.”

Ford plans to work closely with app developers around the world to provide the best services for its own customers through AppLink, the software application that gives Sync users hands-free voice control of their smartphone apps. Whilst Ford will look to exercise control over how this is rolled out, it does open up its technology to the masses, and engages the broader community in helping to fulfill its prophecy of a collaborative, networked future. So…what does this future look like?

The Blueprint for Mobility

Ford’s ‘Blueprint for Mobility’ will seek solutions for a problem that is already a reality in markets that are fast-growing ‘car countries’ around the world. In Sao Paulo, traffic jams often exceed 100 miles, and according to Ford, the average commute lasts between 2 and 3 hours a day. Despite this, car-buying is growing at a rate of 7.5% each year. Traffic jams, it seems, aren’t deterring people from taking to the highways. And in China, the world’s longest period of gridlock was registered at a whopping 11 days way back in 2010.

This blueprint sets short and long term goals for significant reductions in the company’s global environmental footprint, and seeks to visualize what the transport networks will look like in 2025 and beyond. Such as:

Bill reiterated his vision for the company to be at the forefront of the technology & automotive industry, rolling out increasingly intuitive in-car mobile communications options and driver interfaces that alert drivers to traffic jams and accidents. Developmental projects such as the vehicle-to-vehicle (V2V) warning systems are currently being explored at Ford’s European Research and Advanced Engineering Centre, in Germany.

It also wants to deliver a “better-connected, safer and more efficient driving experience” with some automated functions for parking and driving in slow-moving traffic. This will build on Ford’s existing features such as Active Park Assist, Adaptive Cruise Control and Active City Stop.

This will be a real bone of contention for anyone who loves driving, but Ford is looking to introduce more semi-autonomous driving technology, such as driver-initiated ‘auto pilot’ capabilities and vehicle platooning. This ‘platooning’ essentially increases the capacity of roads through adopting an automated highway system whereby the distances between cars are reduced through electronic technologies. Ford did stress that this would be semi-autonomous, at least partly to allay fears that the joy of driving could soon be a thing of the past.

This autonomy would be achieved through more interaction between individual cars on the road, with increasing computing power and sensors built-in to vehicles.

As we saw yesterday with Ford’s concept car of the future, the arrival of vehicle-to-cloud and vehicle-to infrastructure communication will contribute to greater time and energy efficiency by letting vehicles ‘recommend’ alternative transport options when congestion is unavoidable, and even pre-reserve parking spots at destinations. An integrated transport network will see cars plugged in to public databases.

“Cars are becoming mobile communications platforms and as such, they are a great untapped opportunity for the telecommunications industry,” says Bill. “Right now, there are a billion computing devices in the form of individual vehicles out on our roads. They’re largely unconnected from one another and the network,” Ford said.

“We’ll increasingly take advantage of the car as a rolling collection of sensors to reduce congestion and help prevent accidents,” he continues. “I’m confident that we will see many of these advances on the road in this mid-term period because the early versions are already being designed, and in most cases, tested.”

It may only be thirteen years away, but Ford’s vision of what the world’s roads might look like in 2025 may require a little fertile imagination. The company is gearing up for a transportation landscape where pedestrian, bicycle, private car, commercial and public transportation traffic will be woven into a single connected network to save time, conserve resources, produce lower emissions and improve safety for everyone involved.

Whilst semi-autonomy will have been gaining traction thus far, we could be seeing the arrival of smart vehicles capable of fully autonomous navigation, with more “auto pilot” operating. We could also see the arrival of autonomous valet functions, delivering effortless vehicle parking and storage.

“Urban mobility in the future is going to require changes in our physical transportation,” says Bill. “It’s going to require that we tap into all the data that our vehicles are generating and tie them together like they’ve never been before. I would love to tell you that Ford can do all this on its own, but we can’t. But I am determined that we’ll lead the way – we see changes happening, and we’re not going to sit back and wait.”

The way that we’ve seen connectivity increasingly permeate all that we do in society over the past few years, it really is difficult to imagine what the world that we live in will look like in 5 years, let alone 15. Whilst many people out there would rather see a greater shift towards public transport to accommodate the increase in city-dwelling, cars aren’t going anywhere. It’ll certainly be interesting to see what kind of innovations emerge from the automotive industry in the coming years. 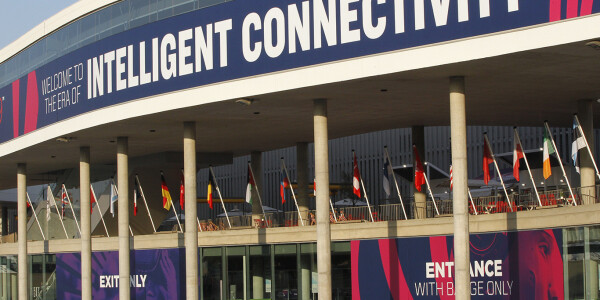 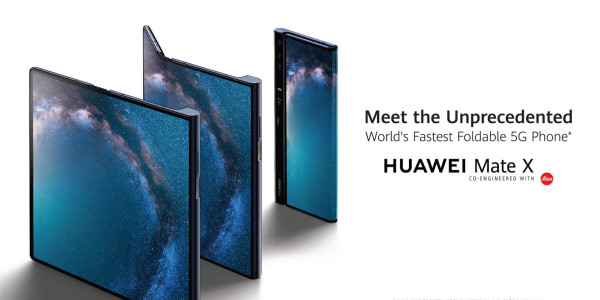 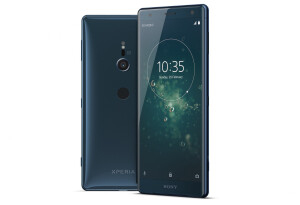