Jordy Leiser is co-founder and CEO of StellaService, a company that independently monitors and rates the customer service performance of online retailers.

Starting a new company is difficult. The numbers say that 75 percent of startups fail, but that doesn’t change the fact that lots of people do it every day.

Inventing a new category, however, is downright herculean. It’s the most challenging path an entrepreneur may take, because it requires the greatest risk and elicits a tsunami of doubters.

But, when it works, it is capable of having profound impact on the world. And that’s one reason why I’m always inspired and surprised by category creators.

I often think of Henry Ford’s famous quote: “If I had asked people what they wanted, they would have said faster horses.”

There were dozens of other aspiring automaker-entrepreneurs in the early 20th century, but Henry Ford is the one we remember and recognize. He started mass-producing the Model A and the Model T at a time when there was no mainstream market for automobiles.

Henry Ford invented a new category, and it turned out to be a business that changed the world.

Consider the volume of problems and questions that Henry Ford – and every category creator – must confront.

For a category creator, there’s no existing business process or strategy to follow. There’s no operating structure or revenue model to emulate. There’s no way to validate an ROI for the solution, and there’s no competitor around whom you can anchor pricing, since, well, no one offers a comparable solution. There’s not even evidence that a real market exists, let alone an estimate for how big it might be.

These questions and issues are just the tip of the iceberg. If it’s so difficult to invent a new category, why do ambitious entrepreneurs proceed anyway?

For some it’s about bringing a product or solution to the world that they personally wish existed. For others it’s about the passion for attacking problems others have not been able to solve. Sometimes it’s nothing more than a hobby that twists and turns into a seemingly marketable business opportunity.

In any case, these entrepreneurs must possess even larger and more irrational levels of tenacity and resiliency than other founders to get their businesses off the ground, given the meteoric odds stacked against them.

Inventing a new category doesn’t necessarily mean you need to dream up a completely new, tangible product. Instead, it could be a new form of packaging, formatting or selling an existing product (e.g. Amazon’s e-book revolution). 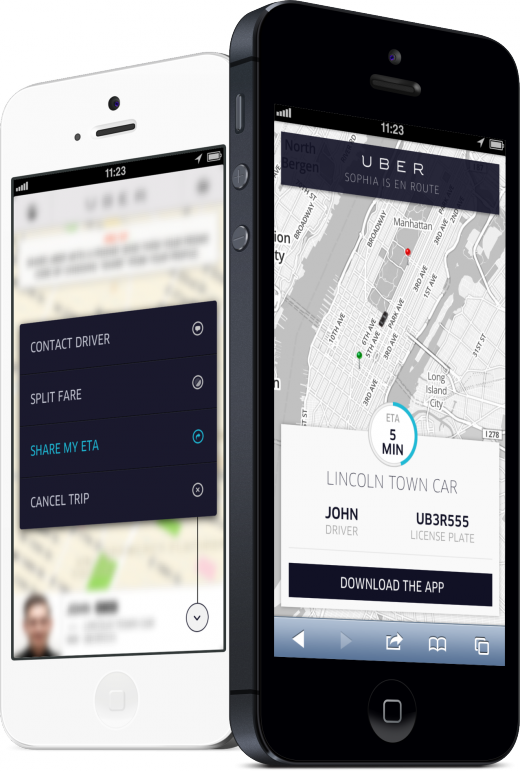 A new category could also mean a solution allowing people a different kind of entry point to an existing service (e.g. Uber for taxi’s and private cars, or ZocDoc for medical appointments).

On the other hand, a category creator is not looking for just a “better version” of an existing solution, containing more features, enhanced services or lower costs. Innovation is laudable, but it’s not the same as origination.

Virgin America, for example, is an innovative company with great service, but it did not create a new category. Virgin simply improved various elements of the flying experience versus the status quo.

Regardless, Virgin Founder Richard Branson did have some compelling advice for category creators. He wrote in his book Business Stripped Bare that “every business… operates according to its own rules. There are many ways to run a successful company. What works once may never work again. There are no rules. You don’t learn to walk by following rules. You learn by doing.”

The most salient characteristic of a category inventor is that they must make a new market, and learn that market as they go. I define a new market as an original value proposition created for an end customer, with unique production processes and cost/value alignments that have never been borne out before.

Here are a few of my favorite examples of companies and entrepreneurs at various points on the inspiring path of category creation:

Steve Jobs is probably the most famous category creator of the last 15 years. While he played a major role in the digital transformation of the music industry when Apple released iTunes and the iPod, I believe the iPhone was an even bigger new category.

It’s hard to believe that before 2007 our cell phones could only make and receive calls. Today, there are more than 1 billion mobile phones circulating the globe, used by people to shop, take pictures, video chat and do just about anything they want from a tiny computer they still call their phone.

It’s also worth noting the multi-billion industry of mobile apps that was also created as a result of the iPhone.

Tesla was the first company to mass-produce and sell a highway-capable all-electric car, the Tesla Roadster. SpaceX, another Musk creation, is the first privately funded company to launch, orbit and recover a spacecraft. The company also has ambitions to colonize Mars.

Clearly, Musk is not interested in starting a business unless it comes with the immense challenge of inventing a new category of products or services.

If you know anyone who plays professional football, baseball or any other professional sport, they will know about Athlete’s Performance. However, the highly-touted performance training company is pursuing a far bigger business than just fine-tuning the world’s most elite athletes.

Leveraging its physical training and nutritional expertise, the company has also developed a first-of-its-kind corporate wellness solution called Core Performance designed to optimize performance of employees through proactive and prescriptive health programs. It’s the start of a new category that could transform the way everyday employees at big companies think about and manage their health and fitness.

Founder Mark Verstegen and CEO Dan Burns have signed on early clients that include Intel, Google and Adidas, and the way they’ve designed, implemented, staffed, priced and scaled this new type of “human performance” solution is completely unique for this exciting new category.

I expect big things out of them, especially with healthcare grabbing America’s attention in the past year.

If it’s possible to build a huge, profitable business around a mission-based solution, Catchafire is going to do it.

Started in 2009 by Rachael Chong, Catchafire helps match professionals who want to volunteer their skills with nonprofits that need their help. Skills-based volunteering is nothing new – pro bono lawyers have been around forever.

But Catchafire has developed a new way to infuse skills-based volunteering into the workings of big enterprises, which helps these big companies attract and retain the best talent, especially millennials.

This is a new type of solution for companies, and, like Athlete’s Performance, requires significant education to the target market.

Catchafire has had to plow through the tough, category-creating questions: How will companies use and implement this type of solution? What kind of impact will it have on employees? What’s the ROI to a business? It will be exciting to watch Catchafire blaze a trail for this new category.

We know barriers are sky high for entrepreneurs who want to invent new categories. It can seem like an insurmountable challenge to get off the ground with no existing production, cost, pricing or distribution models to mimic.

However, if the formula turns out to be right, and with a little bit (or maybe a lot) of luck and hard work, you can – as Steve Jobs would say – make your dent in the Universe and start not just a business, but an entirely new way of life.