A wise friend once told me that we share the same survivor-like qualities: we learned to cast very wide nets, very early on. It is these nets — our professional and personal networks — that if kept tight and strong, will always be there for us to fall back on.

Communities are an essential part of a technology ecosystem as more people set out on the (sometimes) lonely entrepreneurial path. And these networks are particularly important if you’re a female entrepreneur in a time when just 5% of tech startups are owned by women.

In Berlin, Germany, a city that’s caught the media’s attention in recent years for its vibrant tech scene, a growing group of women are finding support from The Berlin Geekettes, an organization that began in a coffee shop in Mitte and is now expanding across Germany in partnership with national telecommunications company, Deutsche Telekom. 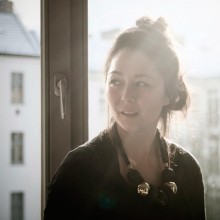 Jess Erickson, who started The Berlin Geekettes in March 2012, says that the organization “encourages women to strive for what they believe in, to take risk, to mentor one another and inspire the next generation of women to pursue careers in technology.”

While the current network includes 500 women, Erickson has ambitions to reach into the hundreds of thousands of members over the next several years. “I want the Berlin Geekettes to be the place aspiring and established women in tech go when they’re looking to improve, to connect, and to learn,” she says.

To engage with its local community, The Berlin Geekettes publish a weekly blog series called Berlin Geekette of the Week and offers monthly meet-ups, workshops and and events like a July 18th panel titled Women Who are Creating Positive Change through Technology which was held at the new Apple Store in Berlin.

Starting this month, Deutsche Telekom will help the Geekettes expand in Berlin and across Germany, with Hamburg next on the list. While neither company would share the amount of money exchanged in the partnership, rumors have swirled around a six-digit figure. With this support, The Berlin Geekettes will have the resources to create a stronger educational program and mentorship network for female entrepreneurs, engineers and designers across Germany.

Marion Schick, Chief Human Resources Officer at Deutsche Telekom said the company is most excited about connecting its employees with female experts from the digital scene and hopes this will bring a new atmosphere to the company’s innovative culture. Deutsche Telekom will provide resources, event space and open up its professional Rolodex.

This is the second corporate partnership Erickson has landed for her nonprofit. In May 2013, the Berlin Geekettes partnered with Google to offer a 5-month long program that focuses on the professional and personal development of female professionals. The mentorship program matches mentors and mentees based on their mutual career interests, goals and expertise. Panels include sessions like “Finding your Career Direction” with Jenny Jung from the Factory, Jeanny Wang of Tape.tv, Nina Faulhaber of Index Ventures and Johanna Brewer of frestyl.

This September, BG will launch its education program called “BG Labs” with one workshop per week that will cover areas in design, business and computer programming. Erickson says Labs will offer workshops specifically for females looking to pursue a career in tech and will be taught by some of Europe’s most talented instructors.

This summer, Denise Philipp, COO of Berlin Geekettes, joined as a co-founder alongside Erickson. The two met at the first Rails Girls meet up last year. The Berlin Geekettes advisory board is an impressive line-up including Etsy’s Country Manager Caroline Drucker, Google’s Erin Grueber and Qupcake Founder Iyla Levtov.

Devoid of exclusivity, The Berlin Geekettes is open for every woman to join. “It’s a true community,” says BG member and engineer-in-training Michele Guido. “It doesn’t just showcase women in tech, it immerses you in it. The welcoming environment is huge and a definite attraction for me, and other women like me who might be contemplating a career change.”

In a country where just 13% of all team members in a startup are female, The Berlin Geekettes aim to be the leading organization responsible for changing the ratio in Germany, bringing a better gender balance to its growing technology industry.