Congratulations! If you’re reading this, you’re probably considering selling your app to someone else, hopefully for large sums of money. Or at least you’re thinking about it but you’re not sure if you want to let your baby go.

Either way, selling an app is literally as simple as putting a listing up and watching the bids grow. However, there are a few things to take into consideration before you sell your app.

It’s important to keep in mind exactly why you are selling. Selling for the wrong reasons might make you price it too high and not make a sale, or price it too low and make you regret it later.

This is the most obvious reason for selling your app. Instead of struggling with how to monetize it, grow it, market it or update it, you can simply choose to cash out. You may have lost interest in the app, or you have another idea you would rather work on.

For example, if your app earns $100 a month and you can’t figure out how to increase the revenue, you could sell it for around $1,200 and collect the revenue for the rest of the year right away instead of waiting for it to come in. You can then use the $1,200 as seed money to work on a new idea.

If you’re going to let money be your primary reason for selling you need to be emotionally detached from the app. Don’t think of it as your baby. It’s simply an asset, which you are exchanging for money.

If you’re a developer, you probably don’t have much marketing experience. Creating the app is one aspect, but marketing it and making it stand out from the millions out there is another. You need time, money and resource to be able to get your app to the top where it will be seen.

For a solo developer this is a very tall ask. It might make more sense in this case to sell it to someone who has the knowhow and resources to market the app.

You’re not selling it for a quick exchange. Instead, you’re giving it to someone who can do more with the app and potentially increase revenues.

What goes up must come down. There are countless stories of businesses whose stocks have skyrocketed only to fall back down to earth. And every one who bought the stock while it was going up only realized losses when it fell down.

Selling it at the right moment for the right price is a perfectly good strategy to capture any gains you might have seen if your app has had a sudden burst of popularity.

If you don’t think the app can sustain its heady run at the top for too long, then use your position to sell it for a higher price than you would get if it fell out of grace with users.

Get everything in order

The buyer will want to know as much as they can before spending money buying your app. You want to make it a no-brainer by providing all the information up front.

Make sure you’ve got your analytics set up and you have numbers ready to show for important metrics like downloads, revenue and daily active users. These are the first things interested buyers will ask for, and they will decide how much to bid for your app based on this. If you haven’t installed an analytics platform, do so immediately to give buyers an up-to-date set of numbers.

Another important factor that buyers will ask about is whether the app has any outstanding bugs. Make a list of what’s not working, what’s unfinished and what needs maintenance in the app. A code review for quality assurance might also help and ease the doubts of some of the more skeptical buyers. 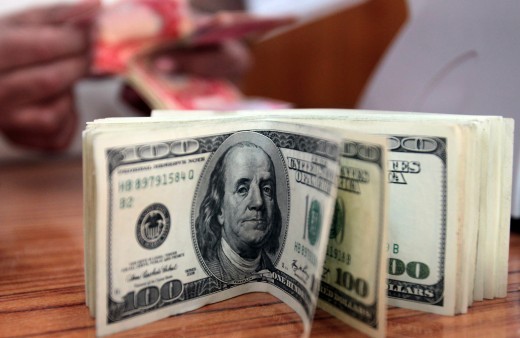 Setting the right reserve price or buy it now price is extremely important. So often developers set high prices for apps with no revenue and expect people to buy it for a large sum simply because they put in so much time and money into it. Ultimately they are left with no sale.

You’re probably not going to get a billion dollar sale to Facebook for your photo-sharing app so set more reasonable expectations. Unfortunately, it’s really hard to be objective about valuing your own app. But there is a right way and a wrong way of going about it.

If you try and value your app based on the time and money you put into it, no one will buy it. Buyers will be looking at your app as a means to make more money. They want to know what the future potential for earnings is, not how much was spent on it in the past.

The right way of valuing your app is to predict the revenue it might earn for the next year or so. If your app is already earning, it’s pretty straightforward.

For example, if your app earns $100 a month then you can value it at $1,200 because that’s what it will earn in a year. You can even add a growth multiplier and value it even higher by saying that the revenue will grow based on growth from previous months.

If you’re not already earning anything from the app then you’ll have to depend on downloads and Daily Active Users to determine its value. The higher these numbers are, the more you can price your app. If you have some monetization ideas that you haven’t yet implemented, you can place a dollar value for every user and value the app by multiplying the two numbers.

This one is pretty basic but it’s appalling how so many sellers just don’t respond to prospective buyers. Selling an app is just like selling anything else; you need to bring out your marketing skills if you want people to spend money on you.

Interested buyers will try and investigate every aspect of your app before they actually spend money. Expect lots of questions and answer every single one of them, no matter how complicated or how silly it might seem. Being responsive also shows buyers that you’re ready to help them out even after they purchase the app.

And that’s really all you need to know to sell your app. Get prepared, get selling and go make a lot of money. If you’ve got some useful tricks to selling apps, let us know.