This article was published on December 17, 2015

We have hit peak emoji. The little pictograms used to act as accompaniments to actual words, and sometimes substituted a few, but now SpeakEmoji wants them to replace our entire language.

The free app for iOS and Android is simple to use – you just speak into the microphone and it processes what you say into a sentence using only emoji.  You can then share the result directly in a text message, on Facebook, Twitter, Messenger and via email.

Having tried it out, it did do a pretty good job of translating everything I said, but I’m not quite sure I’d understand all of the emoji sentences if someone sent them to me. 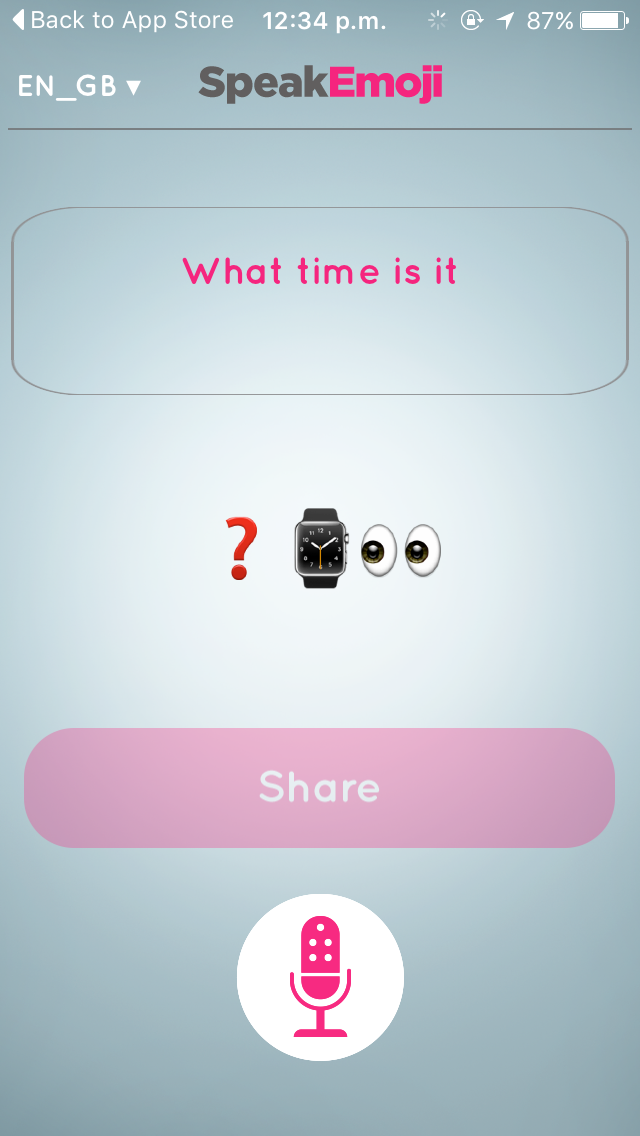 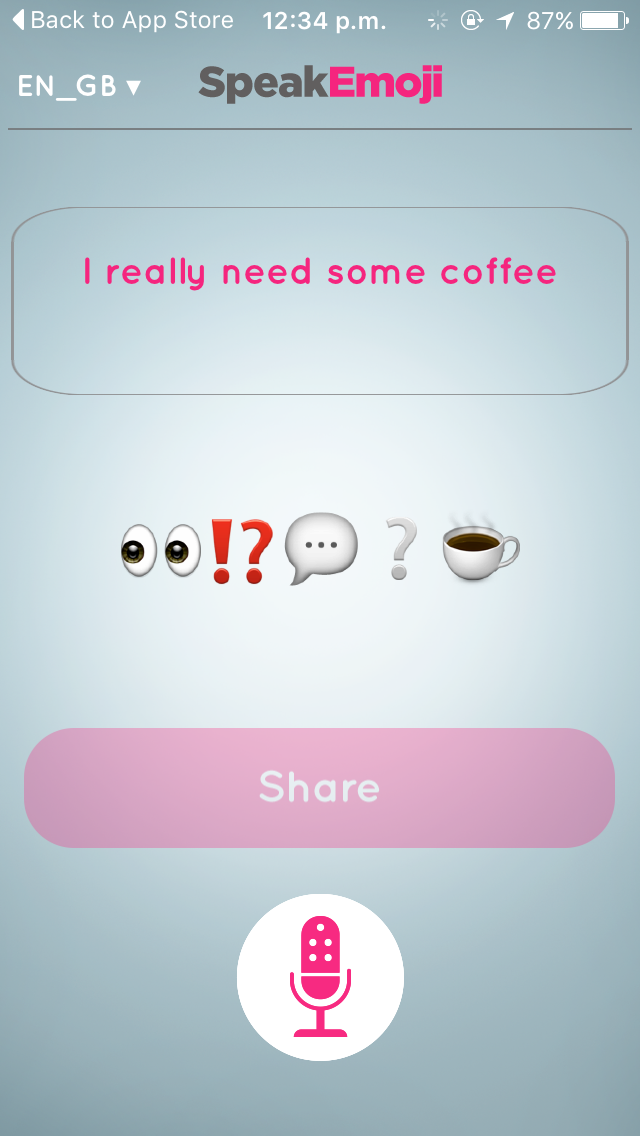 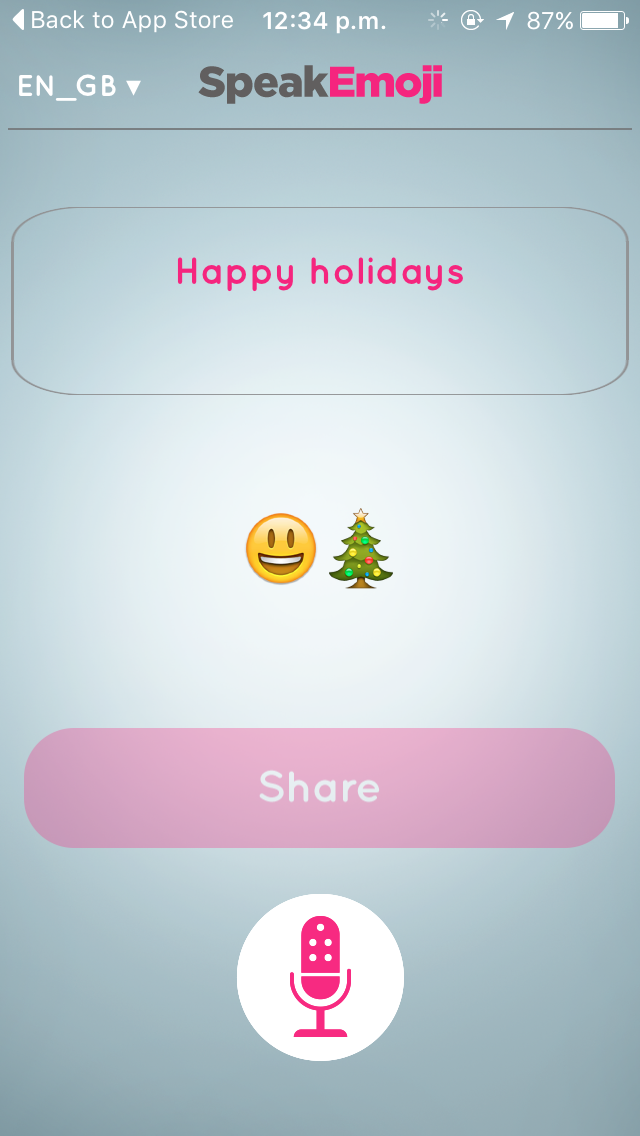 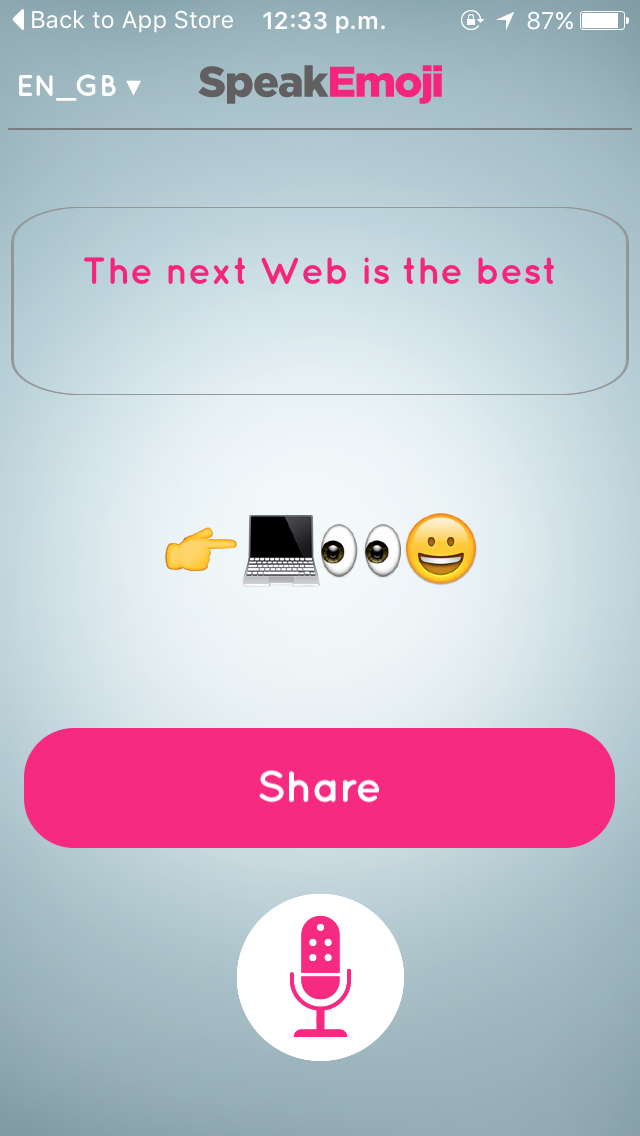 Funnily enough, the one sentence that caught it out was “emoji, emoji, emoji.”

While I hope emoji don’t replace our words entirely, I have a feeling that I may be in the minority. So, if you’re trying to up your emoji knowledge then SpeakEmoji is well worth checking out.