Max Ogles writes at MaxOgles.com about behavior change, psychology, and technology. He has a forthcoming e-book, “9 Ways to Motivate Yourself Using Psychology and Technology,” that you can receive for free here.

A decent argument could be made that the sites we consider social media could easily be labeled narcissistic media. According to a Pew Research study from last year, the most popular social sites are Facebook, LinkedIn, Pinterest, Twitter and Instagram – in that order.

From the photo of lunch that you shared on Instagram to the entirely uninteresting article about your employer that you published on LinkedIn, each of the top networks awards you with likes, hearts and favorites for your egotism. (By the way, research confirms that heavy Facebook users are more likely to be narcissistic.)

To fuel the stereotype further, mobile phones create a halo around us, completely impairing our ability to perceive others or our own surroundings. The woman who walked off of a pier while on her phone and the babysitter who allowed a terrible, fatal drowning while preoccupied with her phone are examples of this.

I realize I’ve pinpointed the most extreme examples, but we’re all guilty of the cell phone halo – like the last time you said “Hold on, I need to finish this text,” when a person right in front of you tried to say something.

It’s a very bleak technological world, but is there hope? Here’s proof that you can become less selfish, and even use technology to do it.

In the face of trypanophobia

If you scrolled through a list of the most common phobias, you’d expect to see acrophobia (fear of heights), pteromerhanophobia (fear of flying) and arachnophobia (you got this one, right?). 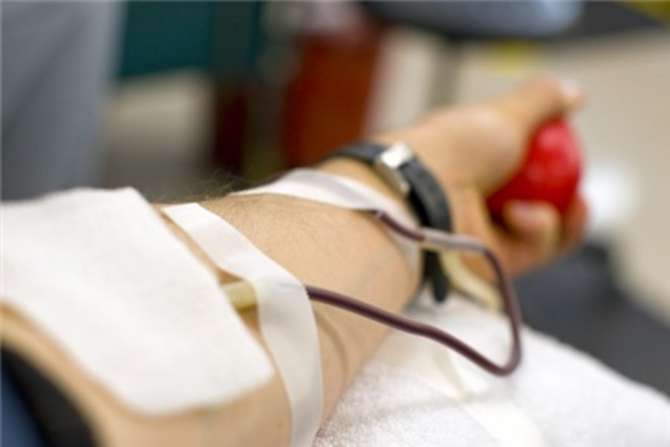 Not far down the list is one more that you won’t recognize: trypanophobia, the fear of injections. Unless you’re a phlebotomist, diabetic, or heroin addict, the idea of jabbing a needle into your arm probably doesn’t sit well with you.

And yet, more than nine million people volunteer to take one in the arm for blood donations each year in the United States.

The self interested person would likely avoid the experience altogether; it’s basically uncomfortable from beginning to end. You’re forced to read – or skim – a ten-page medical document, answer a crazy list of questions about your sexual history, endure a finger prick that’s worse than the needle itself, allow a stranger to stick a needle in you and spend the next several hours with an achy arm.

If the only reward for donating blood is the satisfaction of saving lives, it must be evidence of altruism, right?

A few years ago in Ohio, a research group set out to test this very assumption. Since they were economists, they pursued it with the question, “How will financial incentives impact behavior in a ‘pro-social’ activity”? In other words, if I’m doing something simply for the good of others, how will my behavior change if I get paid to do it?

In the first part of the study, the results showed evidence of rational, self-interested individuals. The paid blood donors were more likely to donate, more likely to recruit other people to donate, and more willing to change their donation time or location. Plus, the more they got paid, the more likely they were to do all these things.

The second part of the study unveils an interesting reversal: when donors who did NOT expect to be paid were given a reward by surprise, they were less likely to donate thereafter.

The researchers concluded that giving people money actually negatively affected their experience. Because the free donors were motivated by altruism, not a reward, the experience was ruined when they received the reward.

An app for that

For most blood donors, it would seem, selfless intrinsic motivation is what drives participation.

And this “force of altruism” is strong enough that it’s even become the basis for several exercise apps. After plenty of failed attempts at running regularly, I’ve ran nearly 200 miles in the last three months and even ran a half marathon. One of the major motivators for me has been an app called Charity Miles.

Each time I go running, I’m sending money to an organization that really needs it. It’s not a lot – I’ve donated about $50 to charity over the course of 200 miles – but to me, it makes a big difference. I always remember to use the app and I constantly tell other people to use it because it’s so simple and meaningful.

Along the same lines is CharityBets. I haven’t had the opportunity to try CharityBets since it’s listed as “under construction” on the site, but it allows you to set a personal goal and recruit others to make donations.

f you reach your goal (e.g. a marathon in four hours) then the donations are sent to a charity that you choose. If you involve friends and family and choose a charity that’s important to you, it’s easy to see how CharityBets can help you create altruistic motivations for achieving your goals.

Choosing to be selfless

If you’ve ever sat through a semester of Economics 101, you’ve probably been faced with the question: Do we really actually care about anyone but ourselves? Or are we purely motivated by personal gain?

Economists love to argue that, yes, rational human beings are entirely self-interested. In the words of the “first” economist, Adam Smith, “It is not from the benevolence of the butcher, the brewer or the baker, that we expect our dinner, but from their regard to their own interest.”

Our addictions to the internet and mobile phones, at the expense of others around us, seem to fall right in line with this economist view of the world.

I’m more of an optimist, though; I believe that most of us find at least some motivation in the desire to help others. Apps like Charity Miles and CharityBets seem to show that, with a positive spin and a bit of altruism, we can use our self-absorbing technology to impact the lives of people around us for real.

A version of this essay was originally published at MaxOgles.com.