Steve Ballmer visited The Netherlands today as part of the European Windows 7 Launch tour. As part of that tour he did an interview with Dutch television and they asked if I could give some advice on what kind of questions they could ask. My reward for helping them: front seats at the interview!

The Interview was set-up in the University Auditorium with an audience of 600 students who were allowed to ask questions. The atmosphere was relaxed and Steve Ballmer did his best to open up and answer questions as honest as he could.

The interview began with a short interview with Ballmers Belgium schoolteacher. It turns out that Ballmer went to school near Brussels as a young boy (age 8 till 11) when his father worked at Ford in Belgium. It was great to see how the image of his high school teacher brought back memories. Ballmer shouted out her name as soon as he saw here and told a story about how after 3 months the teacher told his parents that Ballmer ‘wasn’t doing too good’ and was going to have trouble making it the next semester. That spooked the hell out of Ballmer who spent the whole summer studying to make sure he was ready.

The interviewer took some time trying to get Ballmer to talk about his relationship with Bill Gates. It is a known fact that when Ballmer took over they spent a year arguing about who should do what. Ballmer insisted they were still friends and met at least once a month. Then he went on to explain that they were more like brothers: they loved each other but it wasn’t always clear to the outside world because they also argued a lot. Then he went on and told the audience that at one point their wives intervened and made them go to dinner together: “It was a looong two hours and the first 30 minutes were very quiet.”

When Steve Ballmer joined Microsoft they did 2,5 million in sales annually and they had 23 employees. When Steve first came in he shared an office with Bill Gates which didn’t have a desk. Bill Gates told him “I work on the couch. You can have the left side. Just move my papers out of the way.”

The interviewer also asked Steve on his successes, how he perceived himself, what he’d done to improve himself and the company and how much longer he would be at Microsoft. Ballmer replied that he hoped he would be allowed to stay around ‘for a few years’. When someone in the audience asked why there were so many people from the old days still sticking around at Microsoft Ballmer shouted “Did this guy just suggest that I should retire???”. He repeated his stated goal to stay (“if they let me”) at Microsoft until his youngest son went to college. That would be at least another 8 years. During that time he plans to keep investing heavily in research and innovation. He quoted a line from a Woody Allen movie (Annie Hall) where someone says “Relationships are like sharks. They either move forward or die”. Microsoft, and Steve Ballmer, feels the same. He must either keep moving forward or die.

On the subject of success, Steve said he wouldn’t know if he did a good job until ten years he retired. If the company was still be successful after so much time only then would he know that he’d done a good job.

All in all it was nice to see the man relaxed and in a mood to share. With every answer it was also very clear that he would share, but only on his terms. He smiled a lot and when he didn’t want to answer a straight questions simply answered with a story about something related. he is a good story teller and a very energetic person so by the time he would finish his story we would have forgotten what the questions was.

I guess that’s as vulnerable and naked as we will ever get to see him. 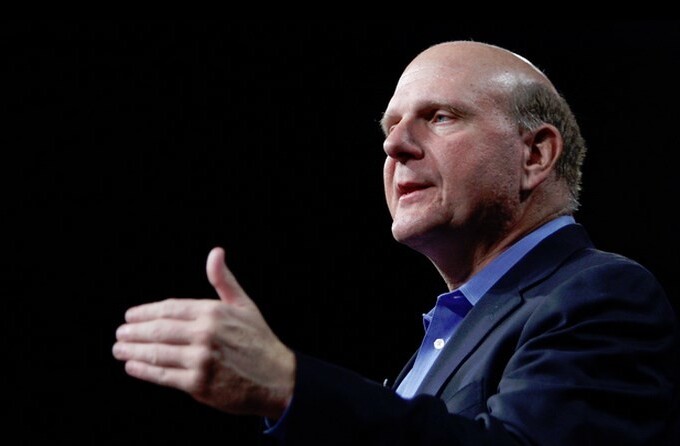 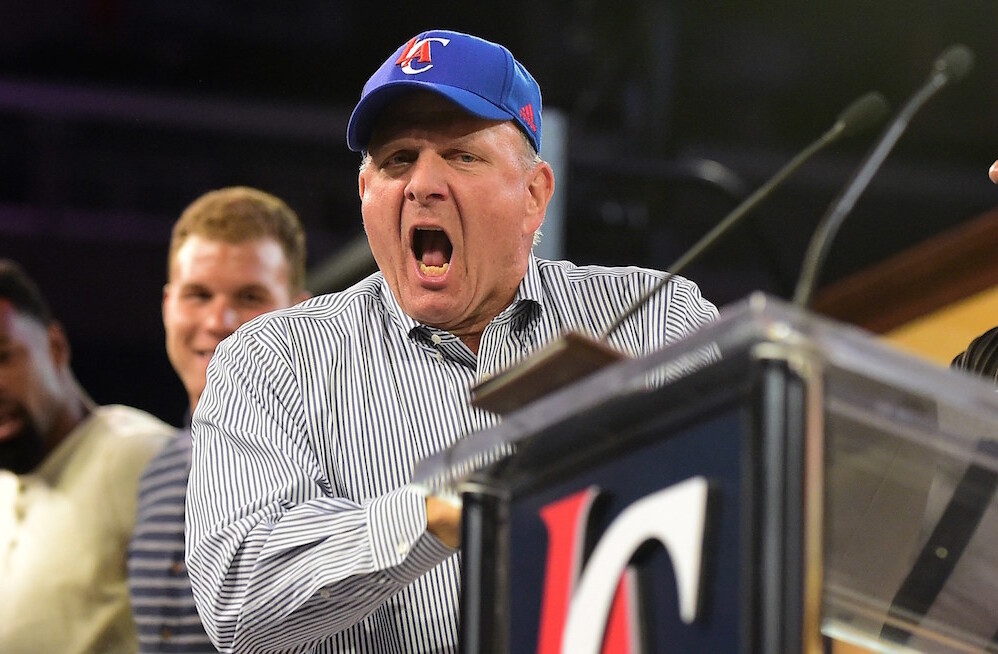