Mint Digital would like to offer you some Bacon (or alternatively suitable foodstuff that you like) at a forthcoming event designed to offer the things that developers love.

Bacon is a two-day, two-track conference and according to Mint Digital, it’s the first one of its kind in London.

The topics were chosen by developers and the speaker list was based on that research in order to make the most of the event.

Having two tracks might make attendees wonder what they might have to skip in order to catch other speakers. Fear not, Mint Digital has an app that should help to work out which speakers should be scheduled opposite each other. You can log into the Talk Scheduler with Twitter and help to organise the event.

There will be 300 attendees from all over the world along with high profile speakers who are cutting-edge leaders in their field. Expect to hear talks by Chris Lintott on astronomy, Hilary Mason on machine learning and many more. Along with more familiar experts, the conference aims to also highlight emerging talent like Steve Losh and Ben Fields.

The companies lined up to be at Bacon rather naturally fall into line with developer interests too, they include SoundCloud, GitHub and Brewdog. Recruitment agencies have been banned for this event as Mint Digital points out, “Despite them sending gifts of ponies and chocolates we’ve politely refused them entry.” 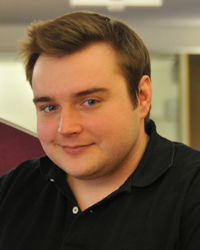 The idea for Bacon came about following a pilgrimage of Mint developer Paul Fedory to Strangeloop in St. Louis. He found that the conference managed to strike a nice balance between tech and creativity. You can read about Fedory’s emotional journey here.

If you really are worried about the name of the conference, don’t worry too much, not every one has to eat bacon, but Mint have assured us that it will definitely be available.

The conference runs from April 20-21 at The Mermaid Conference and Events Centre in Blackfriars. Rather kindly Mint Digital has offered a discount to readers of The Next Web. Just use the promo code “thenextweb”.