If you ever wanted proof that the Android vs iOS feud is real, this is it. Apple released its Move to iOS app yesterday so Android users can easily migrate their data if they ever get an iPhone.

Seems like a nice ‘neighborly’ thing to do, right? Some Android users don’t think so. They have taken to using the app’s review space on the Play Store as a way to hurl abuse at Apple.

One reviewer declared that he would “rather be shot in the face than switch to a closed, controlled environment. Apple will be the next BlackBerry in a few years.” Another Android advocate passionately wrote: “I call on my fellow android comrades to ensure this app gets drowned into oblivion with a 1 star rating never to be seen again on our cherished platform.” 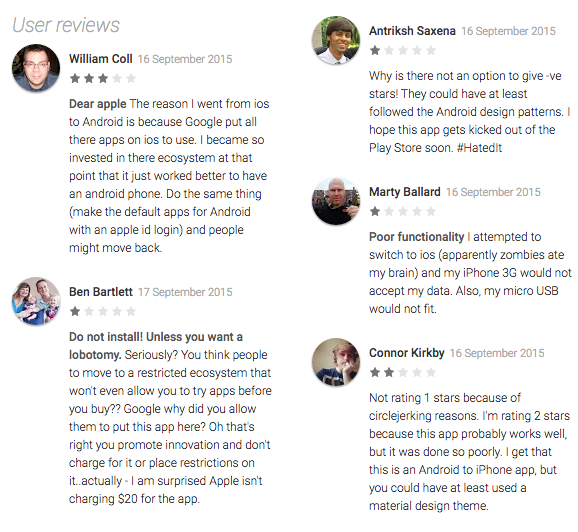 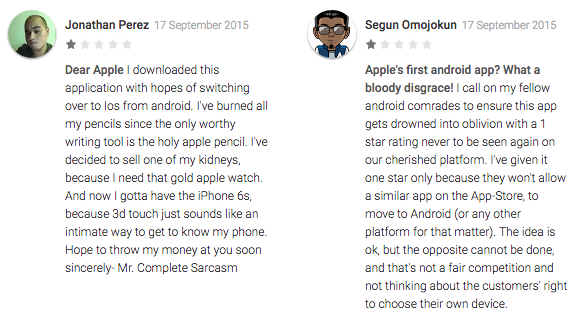 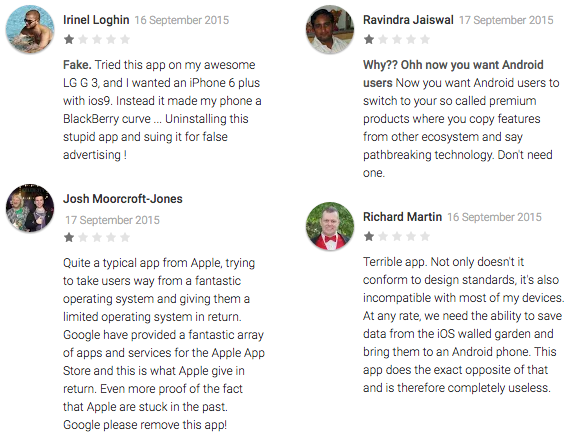 As of right now, the app has an overall rating of 1.9, with 706 positive reviews in comparison to 2,376 negative ones.

Developers can reply to reviewers on the Play Store, so it could be amusing if Apple starts to respond to some of its critics.