Awe.sm, a social analytics platform, is going through a leadership transition. The startup announced that it has hired former CBS Interactive Music Group Senior Vice President of Product & Strategic Development Fred McIntrye as its new CEO. He is replacing co-founder Jonathan Strauss, who is now the Head of Product Development. The change was made as awe.sm is pursuing brands interested in using the company’s platform. 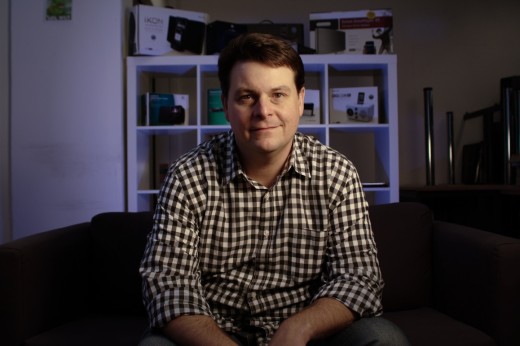 As a former CBS Interactive Music Group executive, McIntyre oversaw the consolidation of CBS’s music assets, including Last.fm, MP3.com, Play.it, and others.

According to his LinkedIn profile, he also established a product roadmap for his company. During his tenure, he claims to have helped grow CBS into one of the top five broadcasters in music audience both in the US and worldwide.

McIntyre touts his achievements as having built Radio.com as a leading producer of original music content, helping lead a realignment and transformation across the CBS Interactive Music Group, and partnering with Microsoft, Spotify, VEVO, MOG, Rdio, Deezer, HypeMachine, AOL, Yahoo, and more than 600 developers.

Before CBS, he also had top-level jobs at AOL within its various divisions. Awe.sm says that McIntyre will be responsible for building brands remotely, growing an audience, and focusing on building revenue.

Awe.sm makes its money by selling APIs to developers. Customers like Zynga, Playdom, Topspin Media, Maker Studios, Groupon, and other brands are using the service to help measure their return from every Tweet, post, or Like they get from their user engagement. But now, the company tells us that it’s looking to implement another product geared towards agencies and brand marketers to help analyze social reach and ROI.

Analytics, Awe.sm says, is a crowded space. However, in its pursuit of larger brands like Disney, DMW, and Homegoods, the company is looking to find someone with the right experience in that area to help lead the charge. McIntyre’s hiring gives the company someone with access to a “deep rolodex” and while a CEO is responsible for building, operating, and leading the company, Awe.sm is also looking to its new boss to help get it connected to these media and agency sources.