The Hungarian writer Gergely Teglasy (‘TG’) claims to be the author of the ‘first Facebook novel’, available on Facebook and as a podcast, the Austrian Independent reports.

Called ‘Zwirbler,’ the work in progress is open to readers’ contributions via status updates. In other words, any German speaker above the age of 17 can participate and change the course of the story. Hence the book’s name; in German, the verb ‘zwirblen’ means ‘to twist.’

Still, TG considers himself the novel’s creator. Based in Vienna, he launched this interactive project in July 2010, and has the final say on contributions. However, he rarely deletes comments unless they are unrelated to the story’s progression, he said. 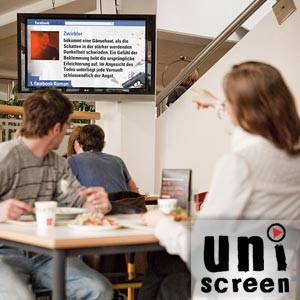 Being a Facebook novel isn’t Zwirbler’s only innovation: the book is also set to appear on screen in universities around Austria. This is the result of a partnership with the company UniScreen, which owns screens in different Austrian campuses. While these normally broadcast news and other local information, they certainly make an interesting home for “21st century literature.”