AT&T announced today, from the Mobile World Congress in Barcelona, that it is planning to roll out a feature that would “let” mobile content providers and app developers pay for the data that their users consume. It could be a boon to AT&T, as the company fights for ways to make extra cash from its already-inflated data tariffs, but the potential dangers of the system far outweigh the supposed benefits of AT&T’s greed.

To be fair, there are positives in this choice. First off, it appears that AT&T is offering this as an option, rather than a mandatory change. Second, it would open the door to some companies to acquire more users if the users never had to worry about data charges because of the app. 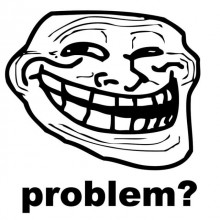 Unfortunately, the potential negatives are huge, so we have to cover those too. First off, you have to know that there’s next to zero chance that AT&T will lower data plan costs because of this. The adoption simply won’t be high enough. Even if it did reach high adoption, AT&T has repeatedly shown its trollface in handling customer data plans. Expect nothing different here.

In short, all that would happen is that AT&T would open yet another stream of income, and there’s very little chance that any large body of customers would benefit from it. It was argued on Twitter that companies such as Apple could foot the data cost for something like iTunes, but the bottom-line impact of a deal like that simply wouldn’t appeal to Apple and its already-successful business model concerning data use.

In 2011 AT&T made $15 billion (PDF link) in net income from its wireless segment. All the while, customers around the US were complaining of the company’s notoriously-horrible service. At the same time, AT&T was throttling its “1%” high-use customers, cutting data plan allowances and generally seeing the worst reviews in the industry.

Of course the company has an obligation to its shareholders but slash and grab has never been the way to keep a long-term customer. If the shareholders are put off by low quarterly numbers, how would they react when AT&T starts hemorrhaging customers? But instead of simply improving its network, AT&T has continued to put the brunt of the blame on those very customers that it wants to keep.

But wait…why would it lose customers? Because AT&T is notorious for its shoddy business practices and greed.

Let’s say that the app-paid data service rolls out, and one or two companies choose to use it. Facebook, for instance, runs underneath a similar program in some under-developed parts of the world. AT&T has money coming in from both sides and users are eating up less of their data allowances. How long do you think it’s going to take before the carrier firms up its stance and says that any app which uses over X amount of data must follow the content-payer plan? If that happens, how long do you think those apps will be around on AT&T? In the world of smartphones, data allowances and app availability sit as king and queen. 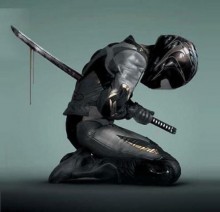 Lest you think I’m overreaching, be reminded of the fact that Android developers can choose to not have specific apps available to certain phones or certain carriers. If AT&T takes the developer-pay route, it won’t take long until apps start to disappear. With the growth of Android in the smartphone ecosystem, this is seppuku.

For iOS buyers, right now the choice is between fast service or dependable service. But that won’t always be the case. It’s nearly universally-agreed that the next iPhone will be an LTE device and that opens the door for Verizon to sweep up frustrated AT&T customers. If apps start to disappear and AT&T flexes its supposed muscle, this scenario becomes infinitely worse.

Ultimately the onus is on the consumer. That is how it should be. If you go over your allotted data, you pay extra. While I have to respect AT&T’s attempt to open up revenue streams, there’s a point when the net effect of your greed as a company outshines whatever money you may reap from it.

So here’s a suggestion, AT&T. Just a thought, but probably one worth paying attention to. How about you take that $15 billion, build out your LTE network to suck less than your existing 3G service and then let the customers decide where they want to go? Earn your position instead of trying to upend the ecosystem with money-grabbing, greedy tactics. I know this would be a change for you, but change is good and maybe you should try changing something that doesn’t continue to ultimately bend over your customers.