3D heads-up display platform Atheer Labs has opened up pre-orders for developer and early adopter editions of its hardware through a new Indiegogo crowdfunding campaign.

The Atheer Developer Kit (ADK) will cost $850 and comes as an independent unit with a wired attachment that goes in your pocket.

The Atheer One will need to be tethered to an Android phone and is priced at $350 for the campaign. 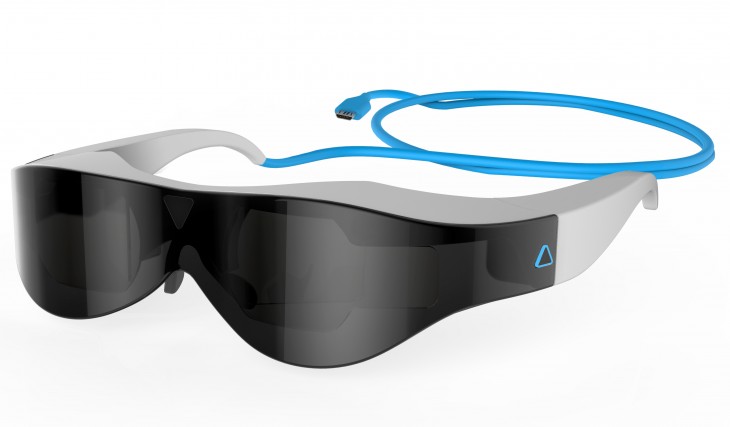 The startup expects to begin shipping developer units in the first quarter of next year, while the consumer version is scheduled for the fourth quarter of 2014. In the meantime, Atheer has launched a developer portal for building apps for the platform.

Atheer took the wraps off its project back in May at AllThingsD’s D11 conference. To get a better sense of where the two-year-old startup is headed in the future, take a gander at the firm’s vision video:

The thought of a future where everyone wears full sunglass-style face computers is worrisome, but Atheer does have some interesting ideas about what would be possible if we replaced all the screens in our lives with augmented reality.

Atheer’s particular area of interest is the combination of a heads-up display with hand gesture and touch recognition so that users can interact in a physical world with virtual characteristics.

Google’s Glass Explorer program may have been the first to bring mainstream attention to the new headset class of devices, but Atheer isn’t conceding the space.

Atheer says it’s not relying on the funds it gets from its Indiegogo campaign to begin manufacturing. The focus of the crowdfunding effort is to help generate developer support and solicit user feedback.

At this stage in the project, there’s still a risk that the startup’s promises will remain science fiction instead of reality. However, even if the startup achieves a fraction of what it has set out to accomplish, it’s going to create some really impressive stuff.