As New Yorkers gear up for the annual CMJ Music Festival in New York City, all ears are turned towards the tech industry.

To kick off the week, Cantora Labs is throwing a two night party at The Thompson LES Hotel that bridges Music & Tech Startups. Among the startups that are involved and showing off some of their awesome music technology are Spotify, Turntable.fm, Soundcloud, FanBridge, exfm, 8Tracks, Sonic Notify and Plus Music.

“We thought it made a lot of sense to celebrate the best new technologies in music so we planned a fully integrated event where using tech in realtime will enhance the experience for everything,” says Will Griggs, one of the founders of Cantora Labs. 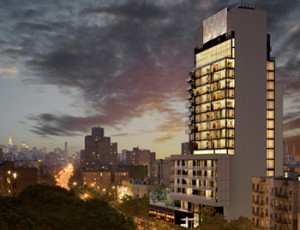 Cantora Labs will release an app with Sonic Notify for CMJ called the smartlounge app, which provides those who download it with entrance to the event and notifications updated in realtime via an audio frequency so that users can stay hip to concerts, parties, giveaways and drink specials happening throughout the week.

Everyone at the party will be hooked up with a temporary Spotify premium accounts so they can receive the Spotify playlists being played at the party. And Cantora Labs is teaming up with SoundCloud and Gobbler to record the live music from the event that will then be uploaded to SoundCloud to listen to after the party.

“We’re not making it a tech event but throwing a big party where tech makes the party better,” says Griggs.

There will be interactive turntable.fm DJ sets from Ayad of Passion Pit, Nancy from LCD Soundsystem, Amrit from Stereogum, Andy Rourke of The Smiths, Fred Wilson of Union Square Ventures, Talib Kweli and Naveen Selvadurai of Foursquare.

The lineup for the two evenings is as follows. Download the app here to RSVP.