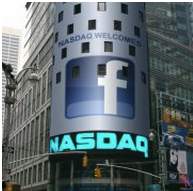 At least on paper, Facebook CEO Mark Zuckerberg is now worth more personally than all of online services pioneer Yahoo. Here’s how the social networking company he co-founded some 8 years ago stacks up against other public technology and Internet firms at current market valuations.

– more than half of Google (market cap: $203.13 billion). Google reported almost $3 billion in profits last quarter, Facebook booked $1 billion in net income for all of 2011.

– more than twice as much as e-commerce giant eBay (market cap: $50.4 billion) 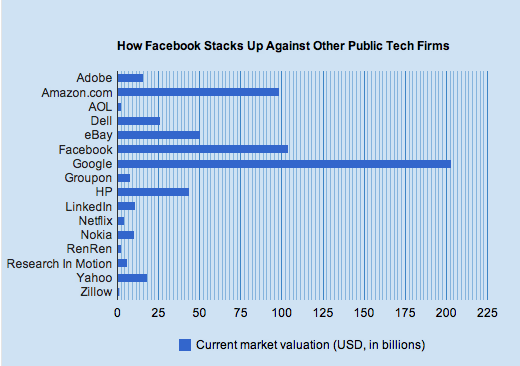 Crazy when you look at it like that, right?

Also check the NYT’s amazing ‘The Facebook Offering: How It Compares’

Needless to say, we’ll have to wait and see how investors value Facebook when its stock start trading publicly today (around 11 AM Eastern Time).

Either way, this offering will give Facebook a mind-blowing market capitalization, and will put enormous pressure on Zuckerberg and Facebook’s thousands of employees to make it worth much more than that in the coming years.