Earlier today ASUS revealed the Fonepad, a new 7-inch full HD tablet with 3G connectivity and telephony support for making phone calls…just like you would on a conventional smartphone.

Not to be confused with the new PadFone Infinity – which is a new tablet and smartphone combination consisting of two separate devices – the Fonepad offers a metallic industrial design which weighs 340 grams and is just 10.4mm thick.

The 1280×800 display has a 178-degree viewing angle and offers 10-point multi-touch. Powered by Intel’s Atom Z2420 processor, it also runs ASUS’ own take on Android version 4.1 (Jelly Bean) with up to nine hours of battery life. 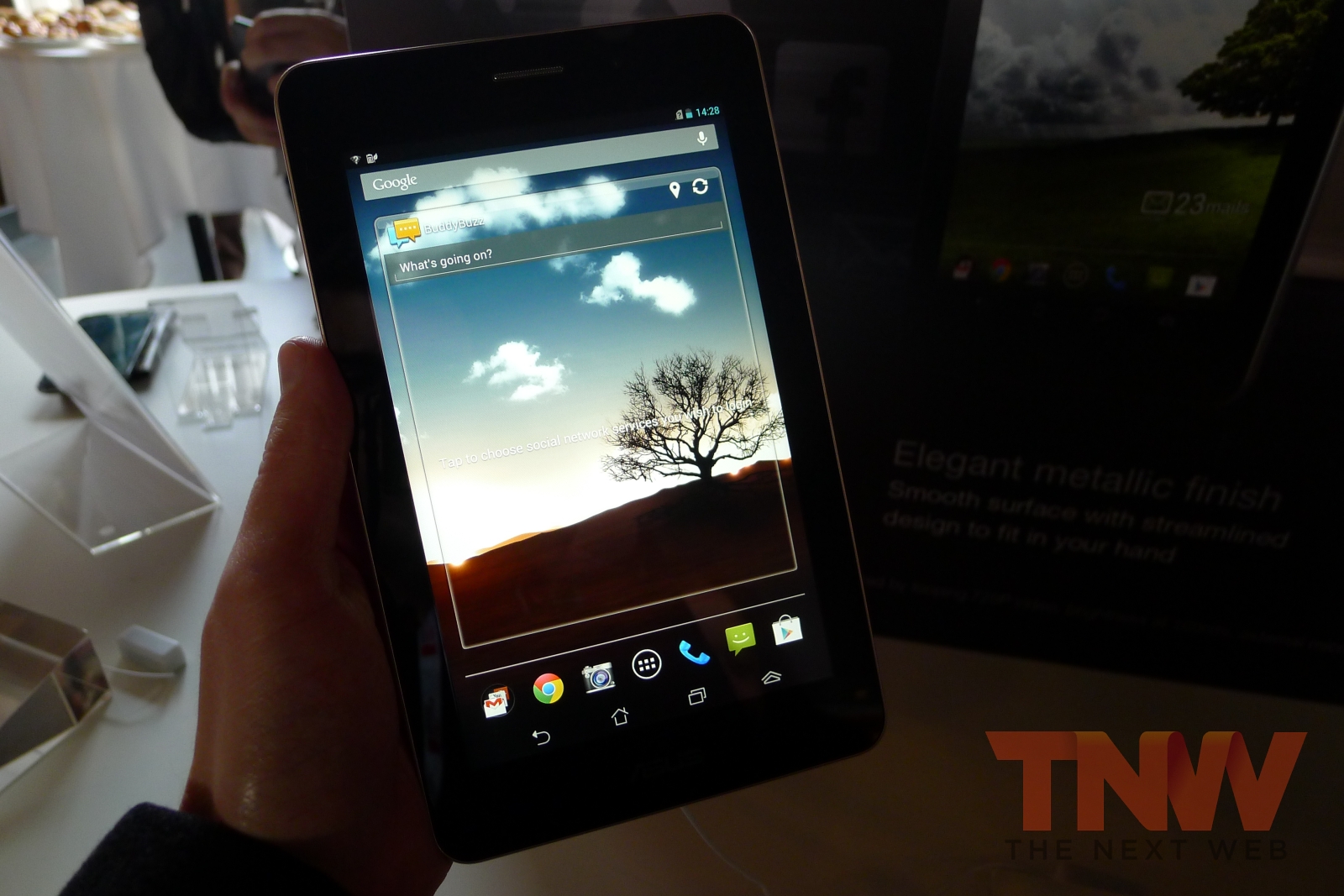 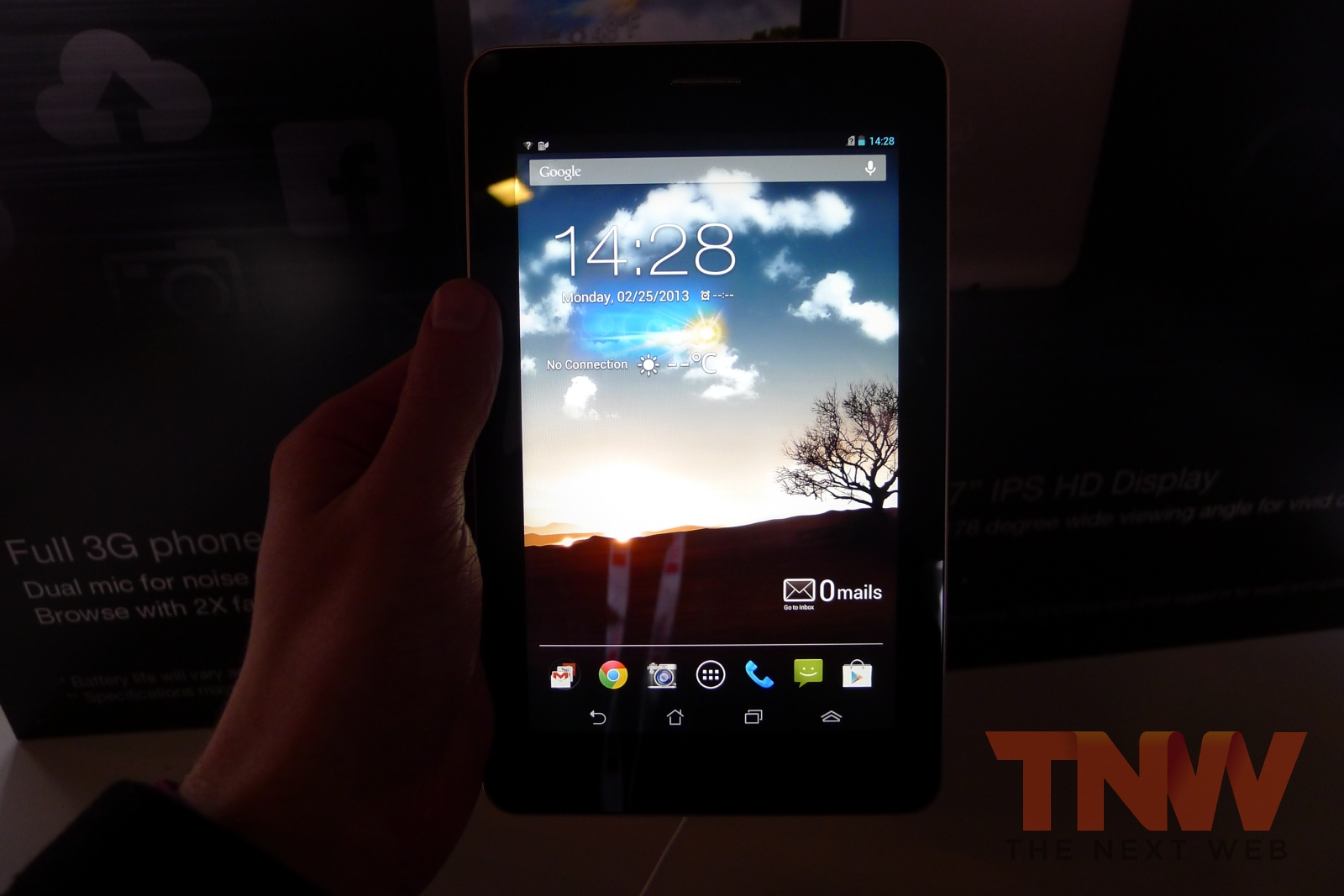 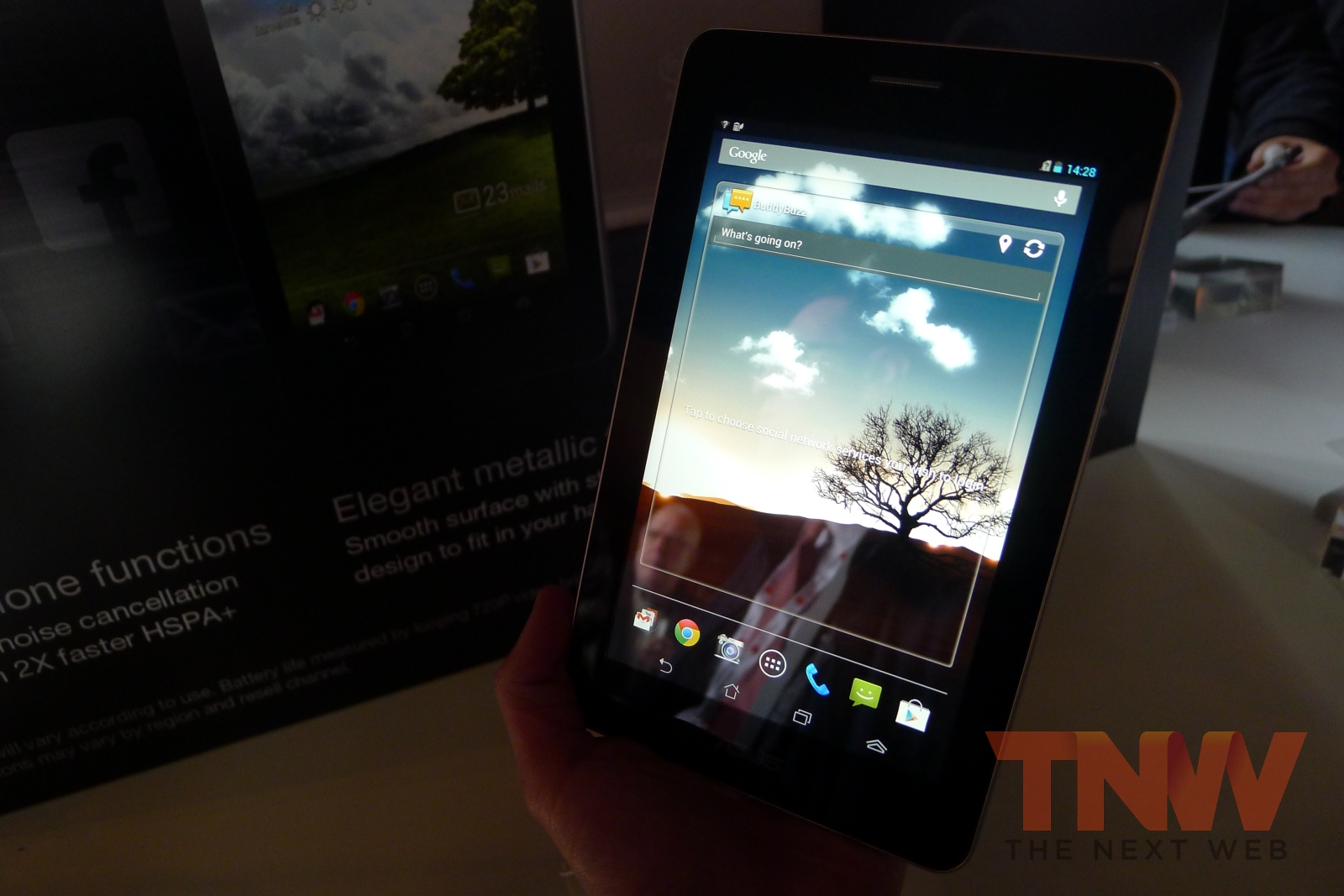 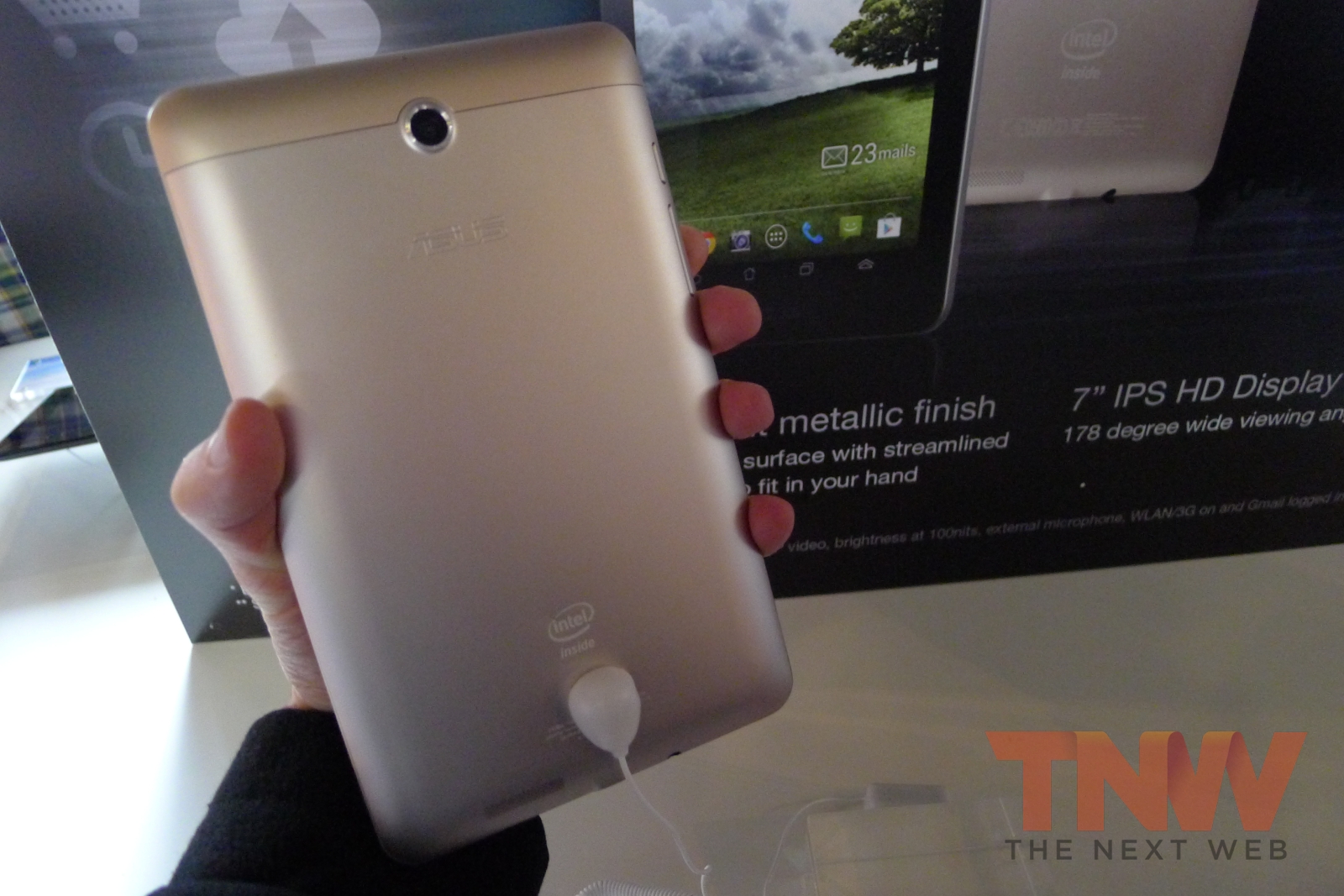 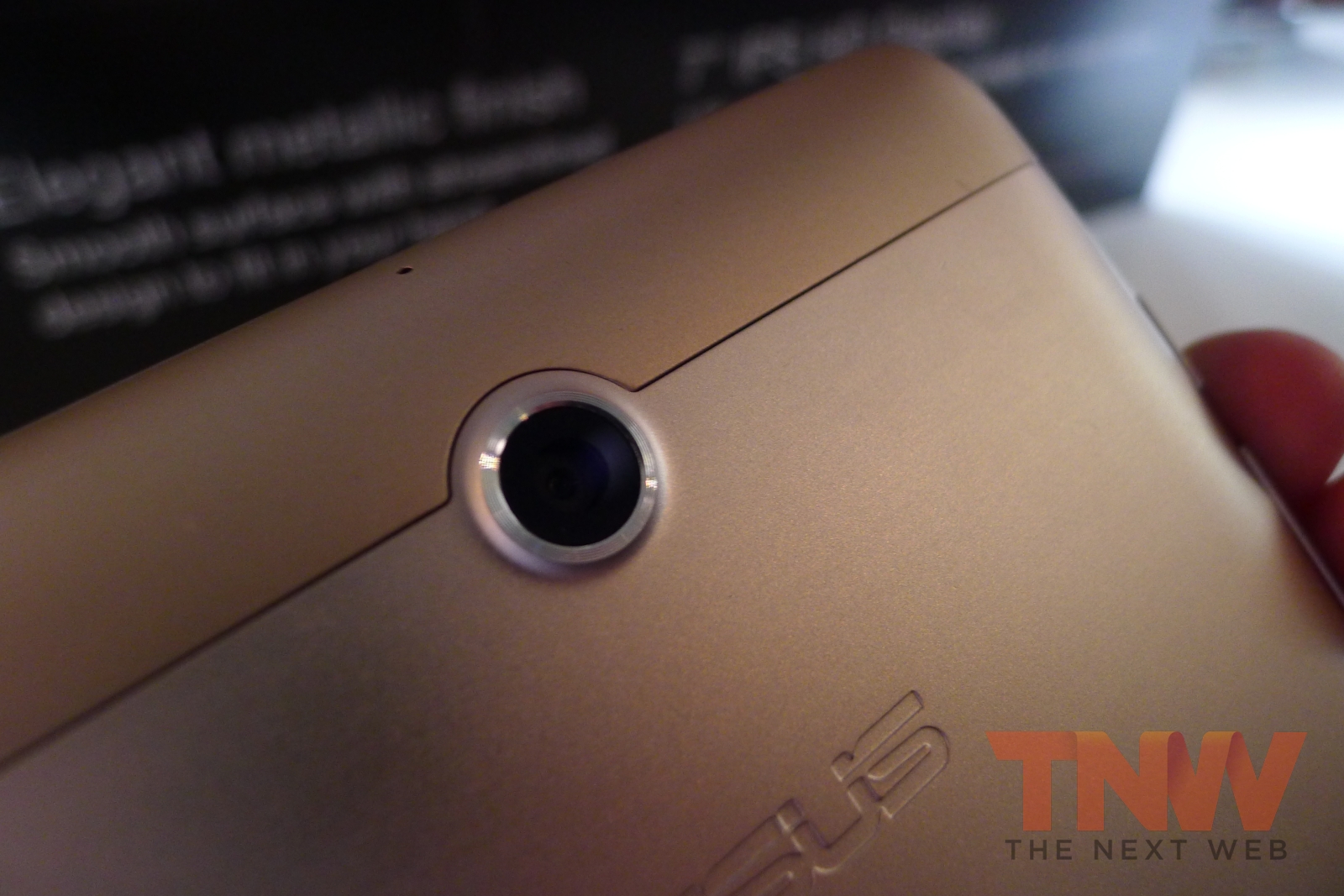 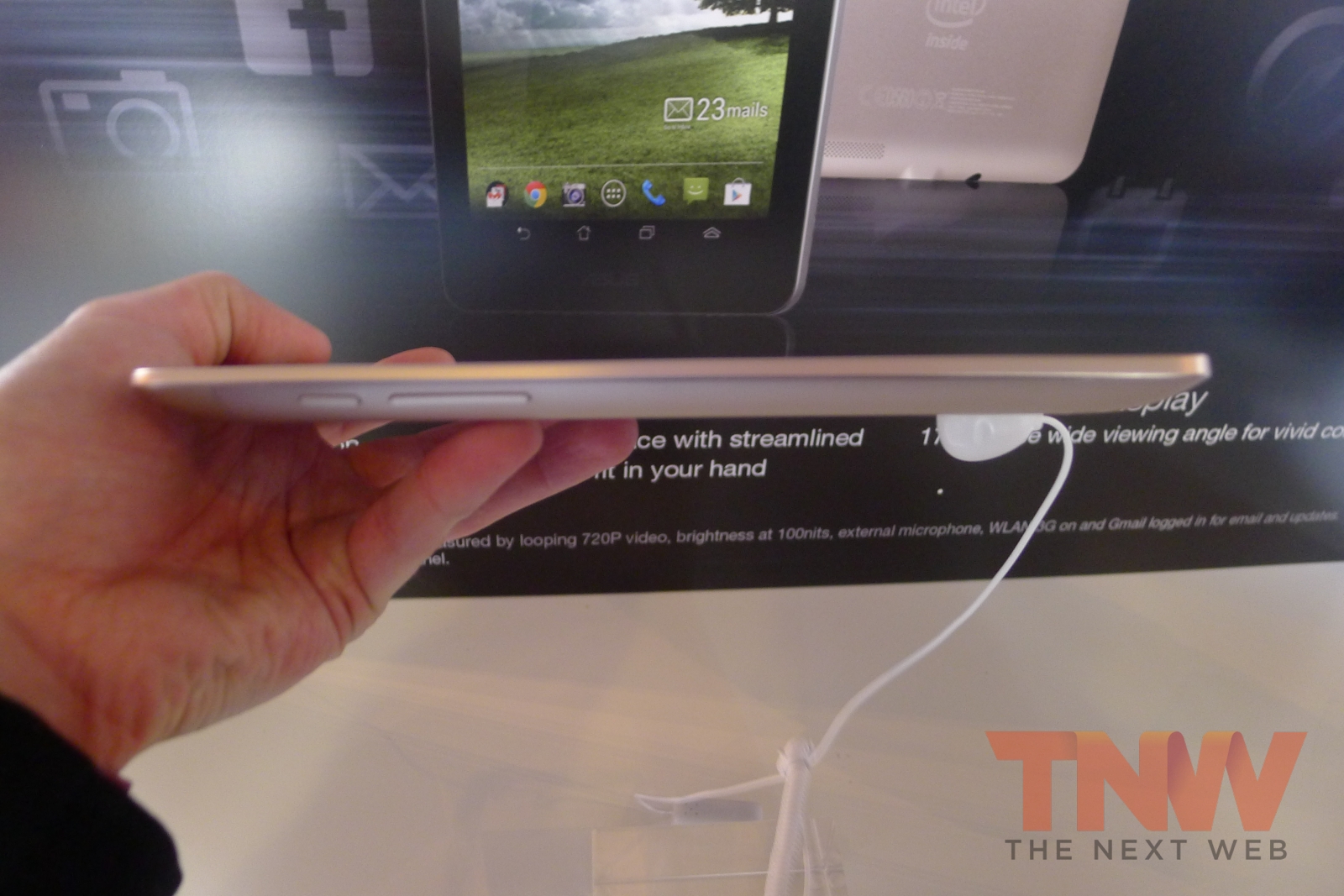 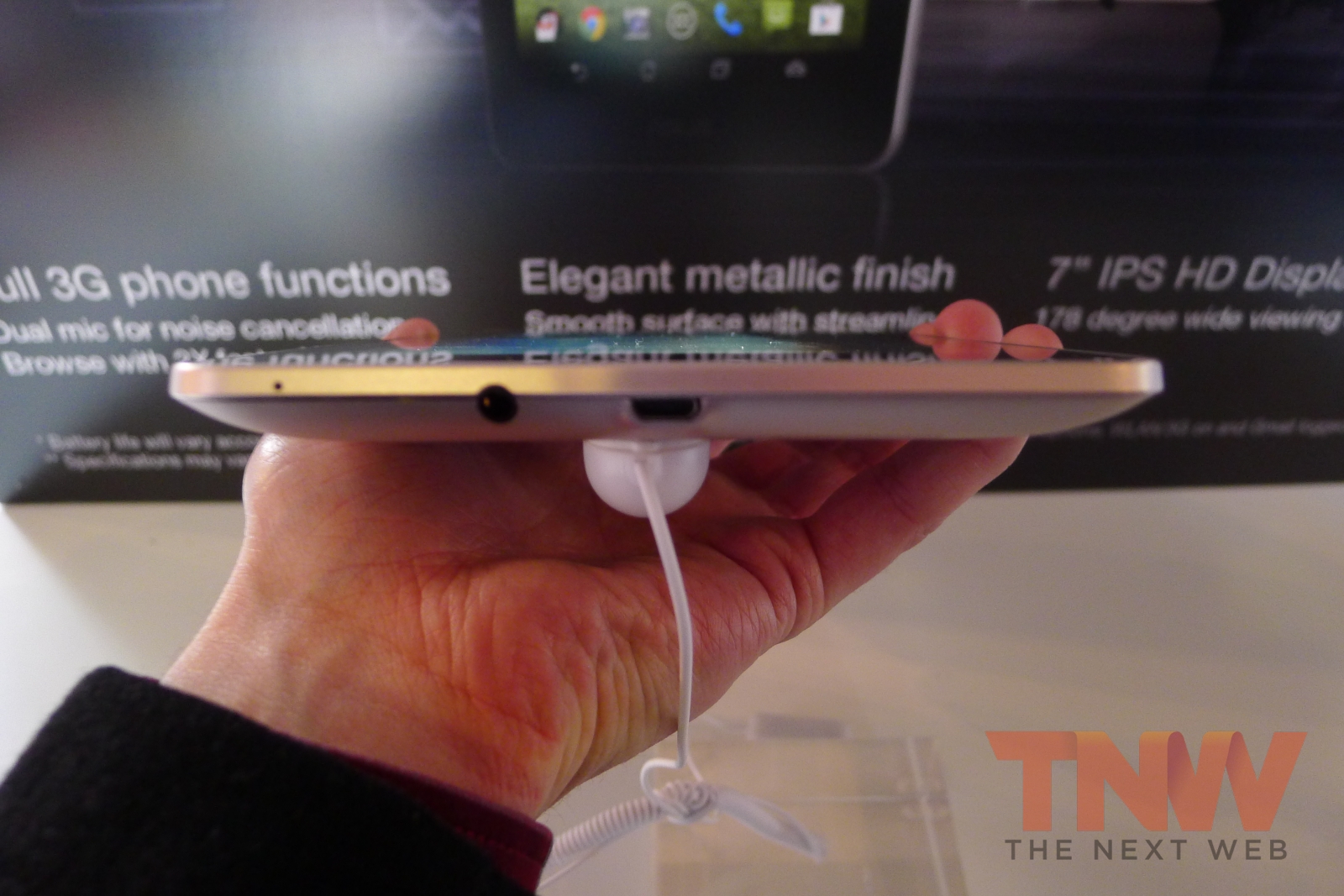 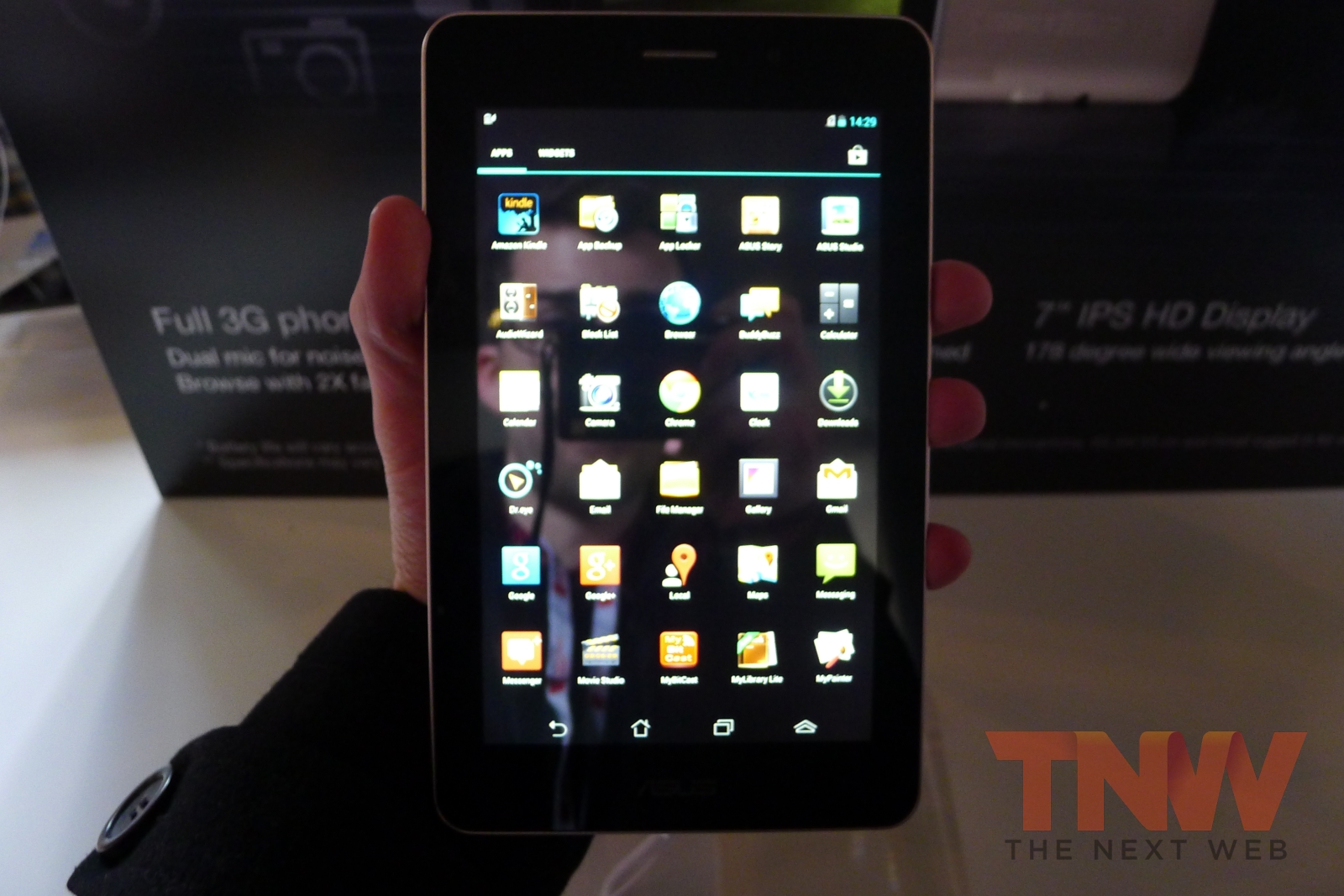 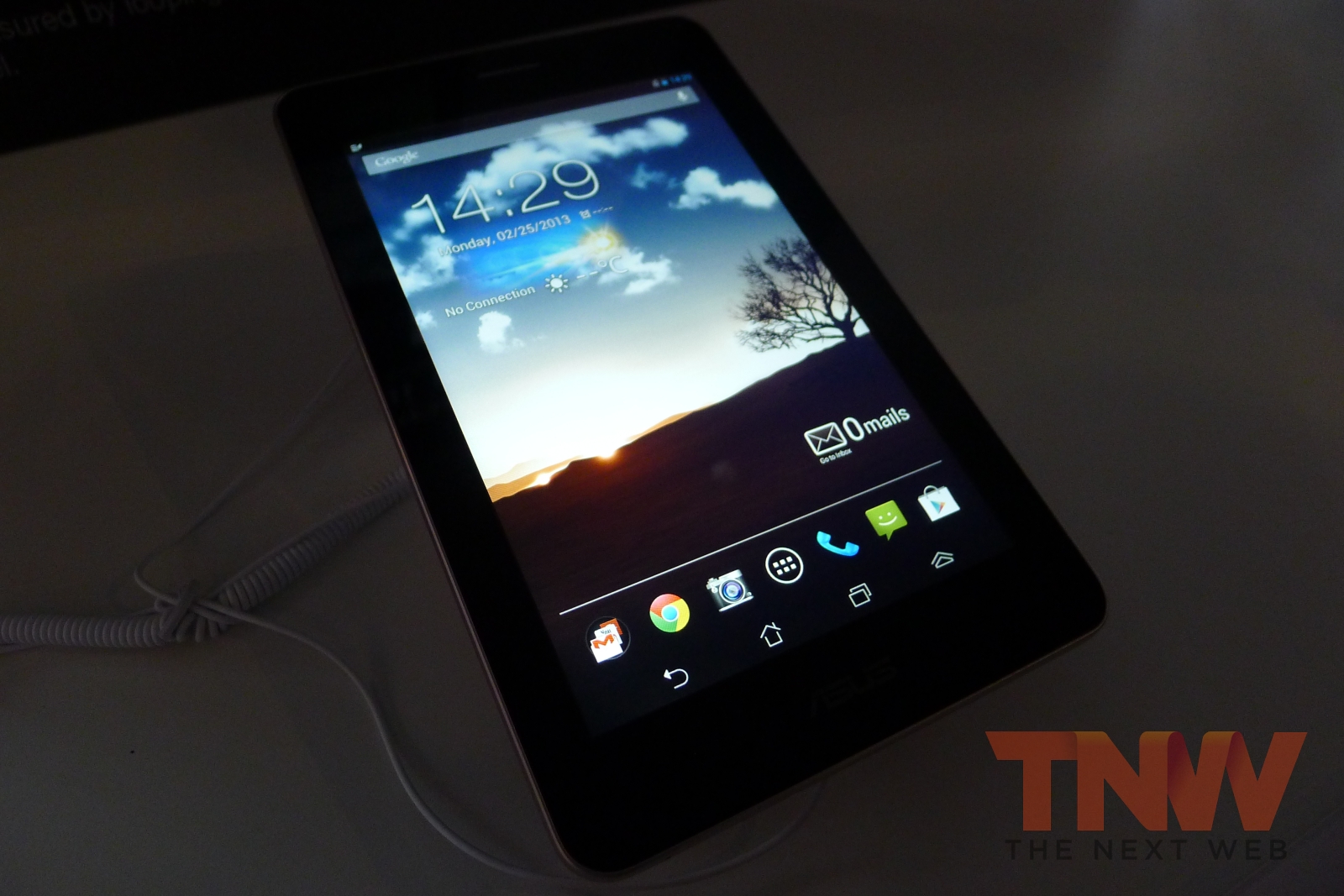 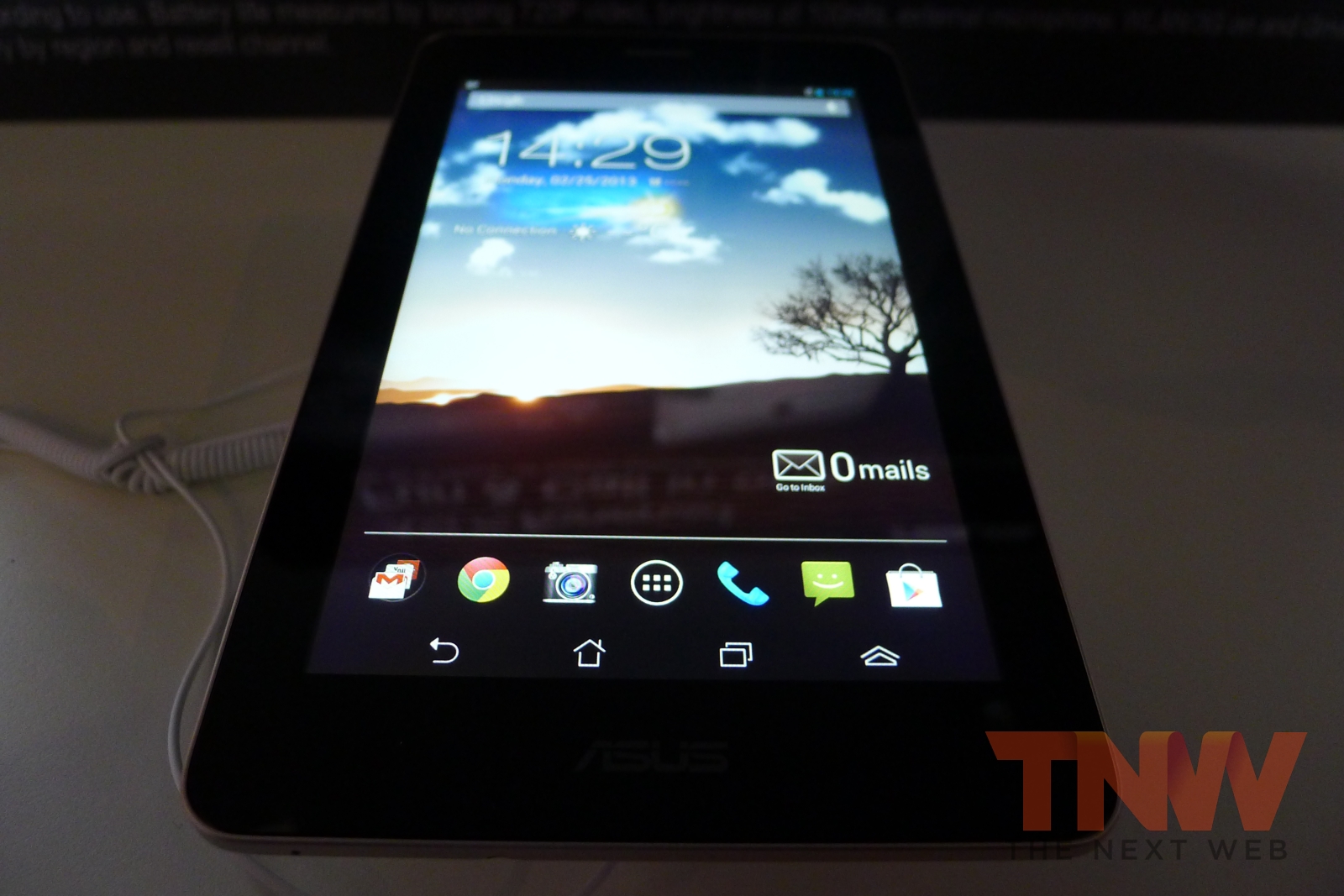 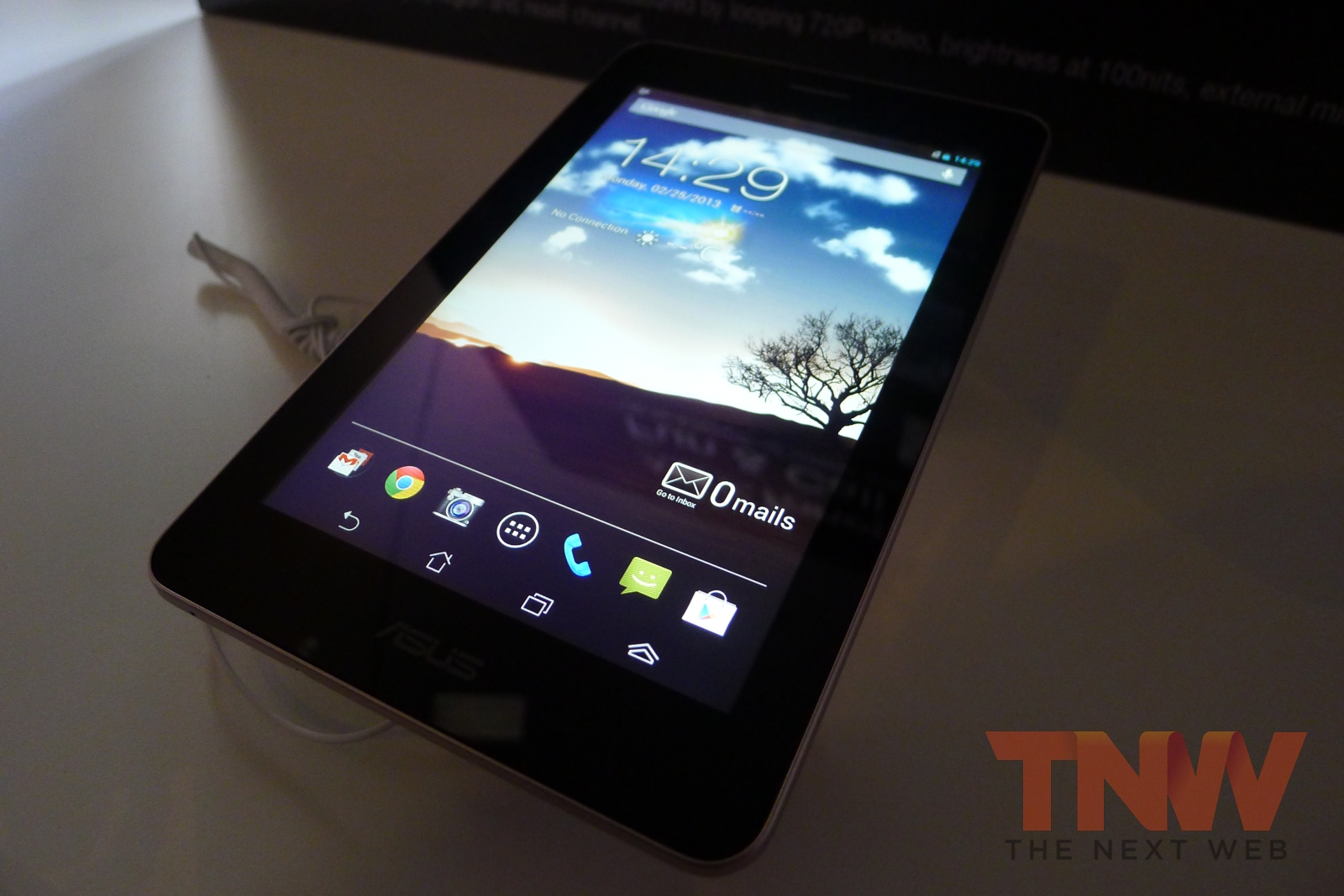 The tablet will launch globally next month, starting at $249 for the 8GB version and €219 ($219) for the 16GB model. Both options come with a front-facing 1.2 megapixel camera, but the 3-megapixel camera on the back (capable of shooting 720p video) is an optional extra.

As a result, when the device launches in Europe it will be available only as the model without the rear-facing camera.