Preorder incentives have long be the way to win in the games industry, getting thousands of dollars worth of sales before your title is even released.

Cleverly, Ubisoft has decided to apply the same method to ticketing for its upcoming Assassin’s Creed movie. Keen fans can get their hands on various memorabilia costing between $15 and $1,200, depending on which pre-order package they choose.

The game developer has partnered with Kernel to offer its packages. So what will your $$$ get you? Well, for $15 you can get tickets to the movie, an LED watch and some fake tattoos. However, if you’re feeling a bit more flashy, you can get an Aguilar Premiere Scale Statue for $600, along with your tickets. 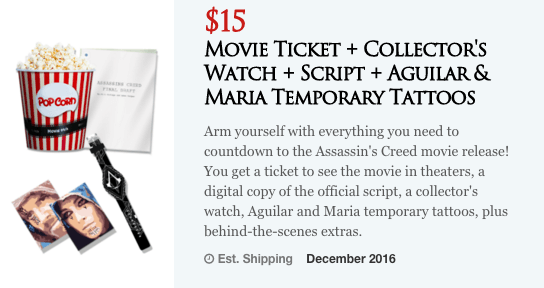 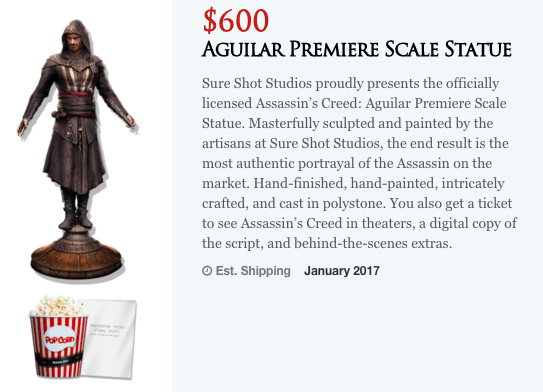 If you have lost your mind entirely, you can blow $1,200 and get an exact 1:1 replica of the Spanish crossbow from the game.

All packages include a digital copy of the movie’s script, which is one consolation.

The movie is set to be released in December 2016 but the offers are for a limited time so you’ll need to decide quick how much of a dedicated Assassin’s Creed fan you really are.