We’re a company of Asana users. While not perfect, it’s about as close as we’ve come to finding a fast, versatile, real time project management tool that works for our team across the board – from our managing editors, through to our developers and designers.

Last week I was offered the opportunity to have a sit down with the Asana team to discuss a significant upcoming announcement. It wasn’t minutes into the meeting when it became clear that this company, in all likelihood, was going to become a serious player in the enterprise and small business project management space.

Asana already has a roster of the Valley’s hottest companies using it (Linkedin, Twitter, Foursquare, Airbnb) and no doubt, in time, many more. Even more impressive is that 75 percent of the people who adopt Asana are retained. That’s an impressive stat.

While the app itself doesn’t have the beauty of a Basecamp or Flow, it’s when you begin creating workspaces, projects and tasks, you begin to recognise the elegance and beauty in its functionality – the little details. Details like including tasks in multiple projects, drag and drop reordering everywhere (I still can’t believe how many apps decide not to include this), real time discussions, smart collaboration options and more. 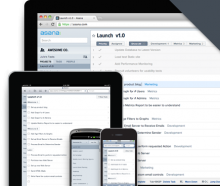 Remarkably Asana has managed to grow with a few severe limitations, the most notable in our case: project-level permissions. Being able to share projects only with specific people. Prior to today, you would have had to choose between making a project completely private or making a project (and all its tasks) accessible to everyone in your company. This meant our ‘design team’ would have to be privy to everything our ‘ editorial team’ were working on, and vice versa. Frustrating.

Today that changes and is in actual fact, part of a far more significant milestone in Asana’s life, it’s going to start making money.

Until today, companies were limited to a maximum of 30 people in a workspace.  Now, Asana is available to teams larger than 30 through Premium Workspaces and any team can upgrade their existing Workspace to a Premium Workspace, which offers:

If you’re part of team smaller than 30, you can keep using Asana for free, however, you’ll be missing out on project-level permissions and priority support. Thankfully you can still upgrade for the cheaper price of $100; not peanuts considering there are hundreds of other project management app alternatives out there, but not ridiculously expensive once you consider the value Asana adds.

Still some way to go 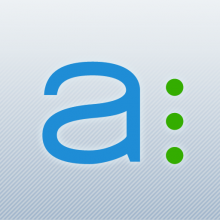 While it’s great to see Asana growing up and features such as unlimited users, project-level permissions and priority support are nice. My gut tells me it’s going to take more premium features before the masses come knocking the same way they have for other premium project management tools. Asana’s most obvious downfall is something that the team is acutely aware of, mobile. While it has a decent mobile interface which works perfectly well for browsing tasks and adding one occasionally, as a tool for someone on the go – it leaves a lot to be desired. Thankfully, Asana are working towards solutions as you read this.

Other drawbacks such as not being able to pull up a single list of tasks across Workspaces. For many, this might be a deal breaker.

It’s also worth noting that Asana is task focused, and unlike tools such as Convo and Yammer, it’s less about tasks around discussion, but rather discussion around tasks. We use both Convo and Asana for different things, Convo as a newsroom/forum and Asana for task management. In an ideal world, we wouldn’t have to.

It’s important to note that every bit of feedback raised at the meeting, including those mentioned above, were met with positive responses. Either: “we’re already working on that” or “that’s something we should definitely consider.” With companies with as much experience, visibility and traction as Asana, that isn’t always the way.

What’s more, the company also releases features and improvements more frequently than any other product I’ve used – most recently its REST API – many more you can read about on their new features blog. For a user, I don’t think there’s a more obvious sign of a determined team than that.

Asana was founded in 2008, raised $9 million in funding, and launched publicly 6 months ago to about as much fanfare as you’re likely to see for a project management startup.

While it undoubtedly deserves the recognition it’s received for the quality of product it’s built, being co-founded by Dustin Moskovitz (co-founder of Facebook) and Justin Rosenstein (ex-Google and Facebook); and funded by some of tech’s most prominent investors, including Marc Andreessen, Peter Thiel and Ron Conway, is bound to have helped in getting the word out there.

Interestingly enough, the product started off as a side project of Moskovitz’s at Facebook. He eventually ended up focusing exclusively on it and building an internal team to continue the development of the product. Facebook still use the original tool Moskovitz built internally.