Earlier this year, French crypto graffiti artist Pascal Boyart painted a mural and hid $1,000 worth of Bitcoin in it. One month later, local authorities had “censored” the artwork by covering it with gray paint.

But one cryptocurrency enthusiast and artist isn’t standing for its censorship. Meet “BnoiitC,” who’s using blockchain to make cryptoart immutable and virtually impossible to censor.

Over the past week, BnoiitC recreated Boyart’s Parisian mural in the Ethereum-based virtual world Cryptovoxels, and you can own a piece of it.

“I just finished it this morning,” they told Hard Fork. “[It] took me approximately five to six hours.”

Cryptovoxels is a pretty simple idea. It’s a virtual world where ownership of its “land” is tracked and traded using the Ethereum blockchain.

Users can buy land, build on it, and then sell it on. The look and feel is somewhat akin to Minecraft. “I was inspired by Minecraft and loved the idea of a Minecraft city that is owned by its users,” Ben Nolan Cryptovoxels lead developer told Hard Fork earlier this year.

Every asset in Cryptovoxels can also be sold as a non-fungible token, a unique “digital asset that cannot be duplicated and is registered on the blockchain,” BnoiitC told Hard Fork.

It means that everyone can cross-reference the blockchain to see who owns what in the virtual world. Assets in Cryptovoxels including land and artwork can be  bought or sold on crypto-collectible marketplace OpenSea.

“To display [your asset] in Cryptovoxels you need to buy land and build blocks on it,” BnoiitC said.

“Then you can paste the OpenSea links. When you click on a picture it opens the OpenSea listing and you can buy the NFT,” they added.

BnoiitC’s recreation of Boyart’s mural is split up into 100 non-fungible tokens that can be bought and sold on OpenSea.

This Parisian mural from Boyart isn’t the first artwork BnoiitC has put on the blockchain. In fact, in Cryptovoxels they built and maintained the “Museum of Cryptoart.”

BnoiitC invested in 18 land parcels in Cryptovoxels and managed to sell four of them for a four-fold profit. “I kept the others to build a museum and display art,” he told Hard Fork.

If you’re browsing Cryptovoxels, the museum is a 1,500 square meter series of buildings based in the Le Marais District. Or click here.

The museum serves as a place to celebrate, promote, and display the works of crypto-inspired artists.

Even though BnoiitC put all the effort and money into buying the land for and building the museum themself, they run it as a non-profit organization.

“Maybe someday someone will be willing to subsidize my museum (just like art foundations in the real world) or maybe propose partnership to display their business info in my lands because of traffic,” BnoiitC told Hard Fork.

In the case of the depiction of the Parisian mural, all proceeds go to its original artist, Pascal Boyart. 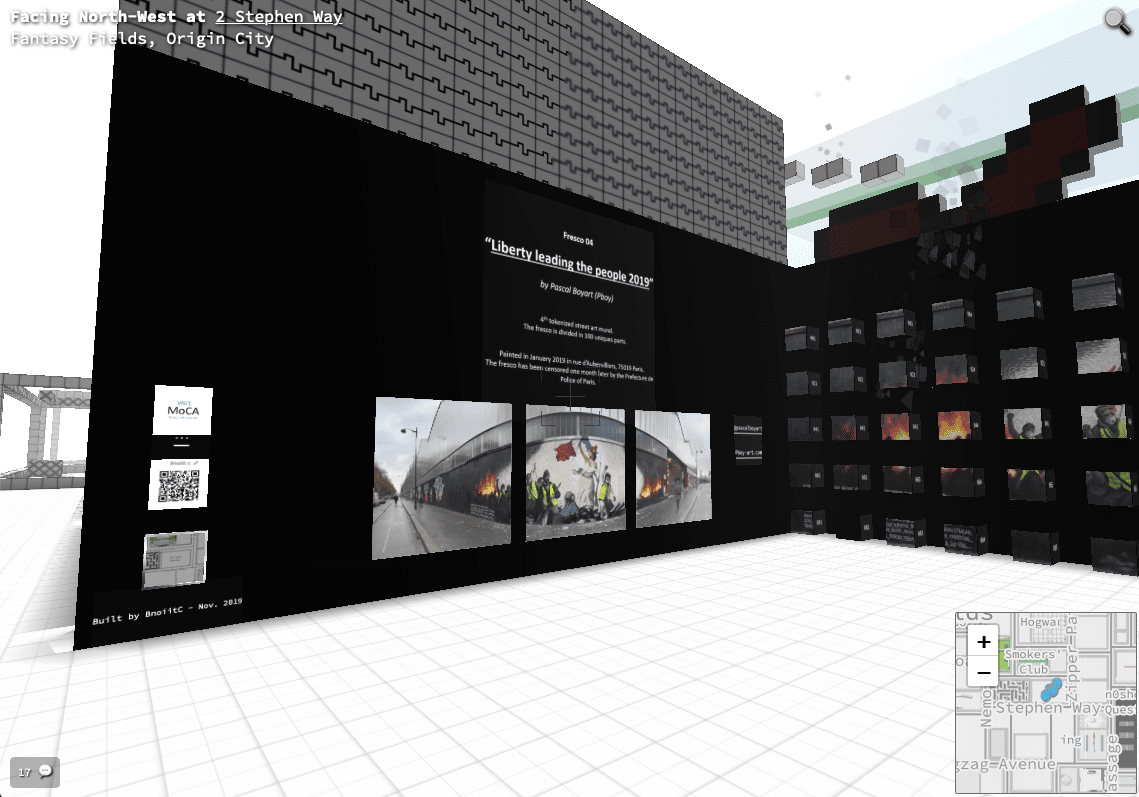 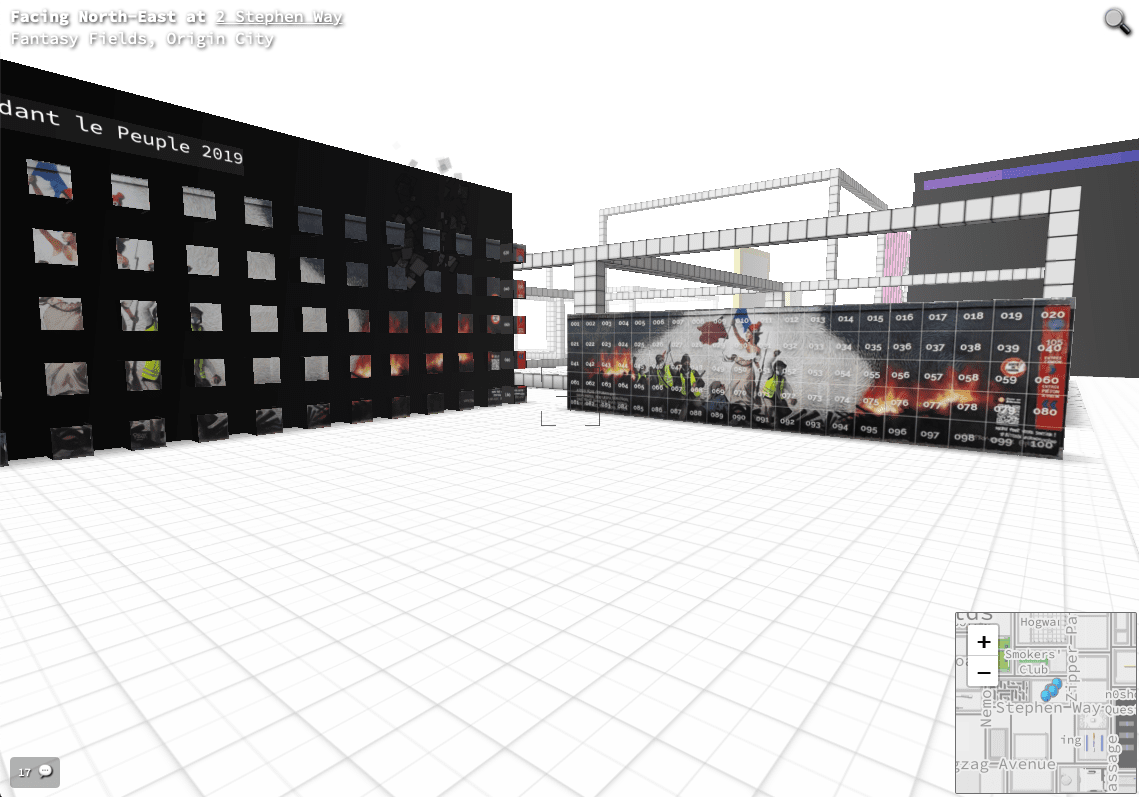 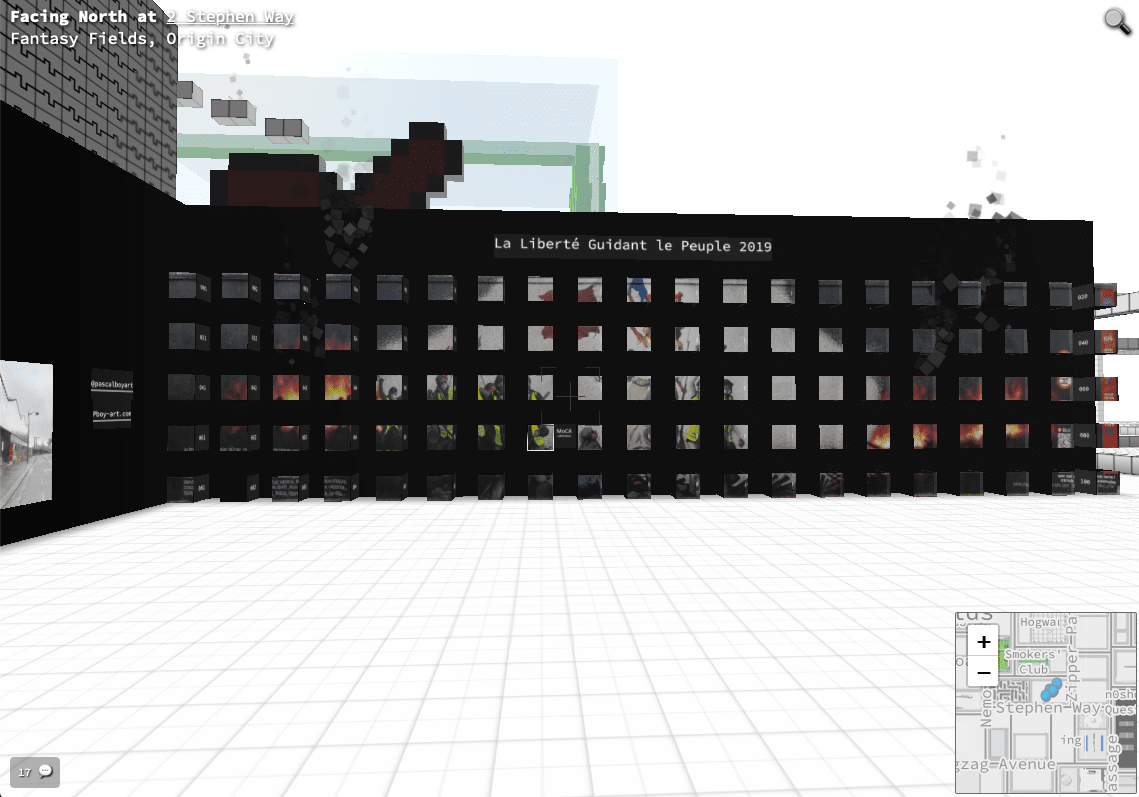 The funds help artists like Boyart finance their next murals and continue their work. After all, there’s no one else paying freelance artists a salary.

But why would you spend over five hours making something that exists entirely in a virtual word?

For BnoiitC, it’s all in the name of promoting cryptocurrency, decentralization, financial independence, censorship resistance, and of course art.

“Pascal’s mural was censored (covered with gray paint). It cannot be covered in Cryptovoxels and no one can expropriate the land and cover the wall,” BnoiitC says.

What’s more, it allows artists to display their work, take payment directly, operate with low commissions and get paid in a form that cannot be seized.

“Physical art can be censored so can digital art (close down a website for instance.) But cryptoart cannot, no one can overwrite a blockchain register,” BnoiitC added.

For politically motivated art, perhaps the blockchain is the only way that it can survive the test of time and censorship. Thankfully there are enthusiasts like BnoiitC working to preserve the world’s crypto-inspired works.