Billed as a “Nation Pack” featuring playable forces from the Netherlands and Czechoslovakia, the impact the latest DLC has on gameplay and overall enjoyability feels incredibly understated. And that’s all thanks to the inclusion of the title’s first linear campaign.

But, before we get there, let’s talk about what Armored Brigade is and why I’m so keen to sing its praises.

Simply put, Armored Brigade is a single-player cold war sandbox. There are some 700-ish units by my count, each with its own set of stats, incredibly detailed maps, and more systems in place than you can shake a cursor at.

The big idea here is to represent individual battles both historical and fictional from the cold war era down to the most finite, measurable details. Gameplay is simple: you place your units on a map, decide how they should engage by toggling orders and standard operating procedures, and then start the clock.

During play you can issue orders to your individual units, but the units won’t react instantly. This is to simulate command delay (your units don’t magically get the message all at once and when they finally do they have to plan the best way to execute before rushing off to do what you tell them). It forces you to plan your movements well ahead.

And speaking of planning, this isn’t the kind of real-time strategy game where you just worry about hitpoints and swarming. In AB you’re forced to take into account things such as line of sight, weather, illumination, command delay, ballistics, sound-detection, and dozens of other variables affecting each and every unit on the map.

What this all boils down to is a game you can pick up and start playing in about five minutes, like checkers or chess, but it could take years to delve into its minor nuances enough to master.

It can, however, be a bit daunting for new players. Thankfully, the third DLC addresses that.

As best as I can tell, the previous two DLCs just added some developer-created scenarios and a plethora of new units. Don’t get me wrong, the new units alone add hundreds of hours of gameplay for those of us who view these kinds of games like a digital collection of war toys to play with. But the new DLC, as previously mentioned, brings a linear campaign to the mix and, because it’s so easy to dive into, it helped me to get into the game enough to appreciate its robustness as a sandbox.

Typically, I veer towards WWII games because I’m much more familiar with the narrative behind them than I am with cold war engagements. But the historically accurate (as best as I can tell so far) linear campaign included in the new AB Nation Pack functions well as a story-based motivator to win, and that’s all I really needed.

I’ve run the same missions over and over to optimize my strategy and every time I do I learn something new. In fact, the interface is so simple yet robust that I feel like I’m getting better at battlefield tactics in general, not just in AB or in video games, but in life.

As a sandbox, it’s meant to be played however you want. But I find myself craving the isolated, thoughtful experience. Typically, these games need multiplayer to make them interesting because it’s usually pretty easy to cheese the AI. But AB doesn’t really suffer from that because, at least the way I play it, winning isn’t the biggest challenge.

You can launch the game and dive into a battle in seconds if you want. All you have to do is pick your scenario, choose your side, generate your units, and then click start. You can always pause to issue orders.

But I tend to spend 30-60 minutes examining, placing, and setting up my units before the match even starts. I love the mindfulness of this exercise, it requires me to visualize the battle in the exact same way real world military leaders have to in order to issue high-level commands. As Sun Tzu wrote in The Art of War, “Every battle is won or lost before it is ever fought.” This game captures that feeling in a bottle and lets you sip from it anytime you want.

Once I’m convinced I’ve prepared my assault/defense, it’s time to start the match and switch from a strategy focus on evolving tactics to a tactics focus on unfolding strategy. With the clock ticking and command delay ever present, the true art of combat gets revealed in a way that transcends video games.

I’ve found myself replaying entire battles just to see the incredible differences that come from tweaking my battle plan. And I’m always delighted to see the AI try different approaches or react to my changes in unexpected ways.

I genuinely love Armored Brigade because it’s not trying to be anything other than a wonderful single player war game, and there aren’t many of those around. This is a game for people who might hit the pause button for 15 or 20 minutes while they research the history of a single weapon used by a unit in the game just for fun.

Armored Brigade is super easy to get into, but it also allows you to go just about as deep as you possibly can into tactical command without becoming an officer in the armed forces (and inventing a time machine to travel back to the cold war era).

If you’ve played other tactics-based war games such as Combat Mission or Close Combat and you enjoyed those titles, I’m sure you’ll love AB. And if you’ve never played a hardcore war game this is a great entry-point.

Check out this Let’s Play from Time And Tactics:

Bottom line: The map graphics are excellent, the 2D unit sprites do a fantastic job of showing what’s going on and invoking a bit of nostalgia for my old plastic army pieces. The sound is premium, rather than playing a game with music and canned sound effects, you’ll be hearing some of the most accurately represented battlefield sounds I’ve ever heard in a game.

What makes the sound in AB so special is that it’s POV related. So if you’re listening from the vantage point of the mortar team, for example, the sound of shells firing is entirely different than if you’re listening from 100 or 400 meters away. It’s this attention to detail that brings the battlefield to life in a way that no amount of million-dollar CGI graphics can.

I recommend Armored Brigade (with the third DLC for the linear campaign) to just about anyone but those who absolutely don’t enjoy any kind of strategy games. If I had to describe it in one sentence, I’d say that, when compared to high-budget shooters and other popular games about war, Armored Brigade is like a great novel and those games are like Hollywood movies. They all have their place, but AB is as deep as your imagination.

You can purchase the base game and the new Nation Pack featuring units from the Netherlands and Czechoslovakia (and the all-new linear campaign!) here on publisher Slitherine/Matrix Game’s home page or here on Steam. Happy hunting, stay frosty! 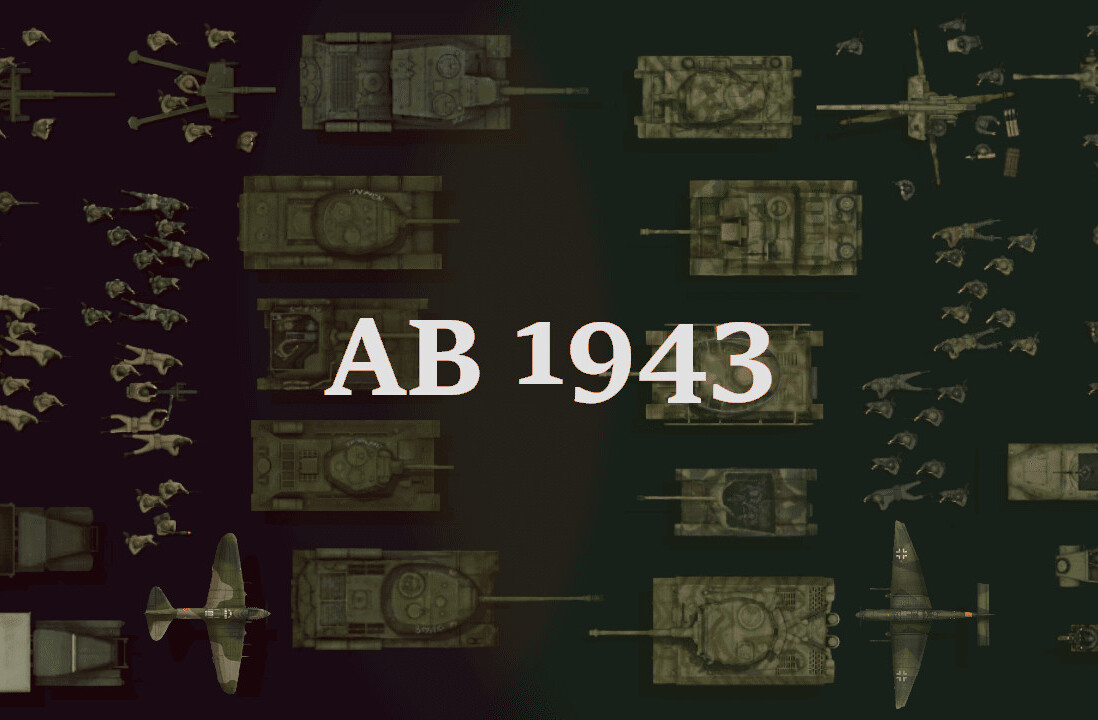