The Argentine startup accelerator NXTP Labs has launched a new call for projects, and startups have until Feb. 21st 2012 to apply.

This will be the accelerator’s second batch; launched in 2011, it has already worked with 15 Argentine startups, such as the tweet reading app The Social Radio, the travel startup InBed.Me and the Facebook contest app The Fan Machine.

According to NXTP Labs, 60% of these have already raised their first round, only a few weeks after its Demo Day (see our story). Encouraged by these results, NXTP Labs plans to conduct two acceleration cycles each year, and intends to accelerate 200 startups by 2018. 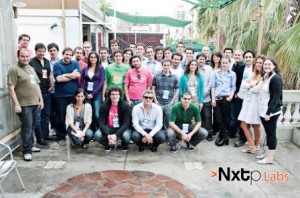 However, this second edition will be different from the first one: while the first class only comprised Argentine startups, NXTP Labs has launched a series of initiatives to make sure the new batch is more diverse.

As a matter of fact, global is already in NXTP Labs’ DNA. Besides its offices in Buenos Aires, one of its co-founders, James Haft, is based in NYC. It’s not the only connection it has with the US; it’s is also the only Latin American member of TechStars’ Network. It has also recently organized two trips to the US to promote its first startup class.

Yet, NXTP Labs still has to ensure that Latin American early-stage startups know about the initiative. This led its team to fly to Chile to meet local entrepreneurs and to attend events such as the Red Innova conference in Brazil and the Punta Tech meetup in Uruguay.

According to its communications manager Nora Palladino, the accelerator now hopes that half of its next class will come from other Latin American countries. NXTP Labs makes clear that its ambition is to turn Buenos Aires into a regional and global leader in the Internet business development community.

Are you interested in applying? NXTP Labs is open technology projects focused on social networks, technology, mobile, internet, software and media & entertainment. Here are its requirements: