This article was published on November 22, 2013

Building mobile apps is easy when you know how, but making an app popular enough that people download it and use it regularly is where many developers come unstuck. App discovery is tough as is retaining interest, and that’s the problem that mobile analytics startup Appsfire is aiming to solve with its new take on the advertising network.

The French-Israeli company, which has raised nearly $5 million in funding to date and just opened its first office in Silicon Valley, has launched an SDK that will “help mobile app developers grow their app from discovery to monetization,” Ohayon tells TNW.

The existing Appsfire content discovery app, which provide users with a selection of new apps and deals each day and developers with a user-acquisition channel, has passed 10 million downloads for iOS and Android — Ohayon says it is growing organically by 8,000-10,000 downloads per day — and the company believes that puts it in a unique position to understand and answer the challenges developers face when managing their entire experience with users.

The Appsfire SDK, which is completely free to use, aims to increase communication points between developers and users, thereby eliciting a more positive user experience and a greater level of feedback. That latter point is one thing that developers often feel is lacking, particularly in the App Store. 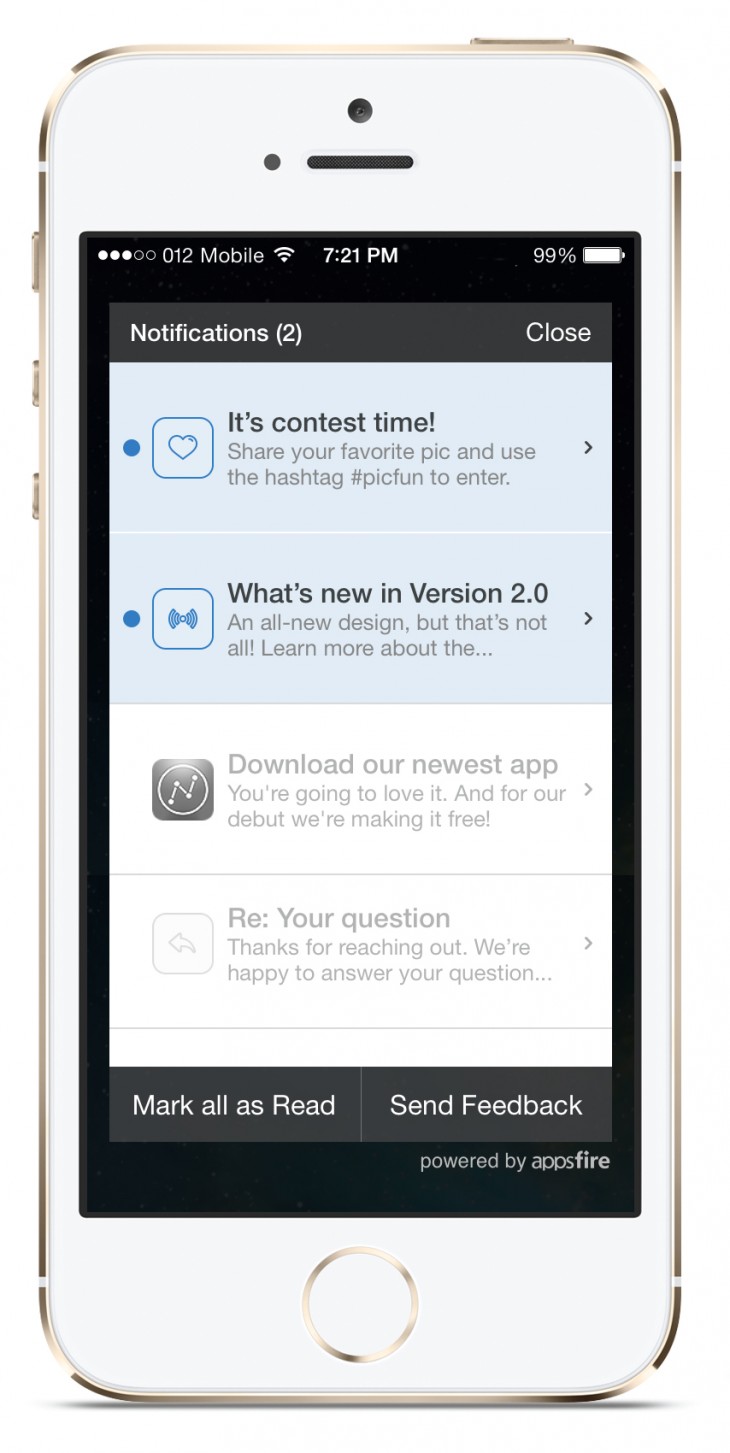 It includes the option to install push notifications and in-app notifications to provide strong and targeted call-to-actions, while making use of targeting technologies that zone in on location, behavior and more.

An in-app feedback system is baked into the service which helps increase communication lines to prevent negative app store reviews, and improve dialogue with users for more positive reviews and general feedback.

The service integrates with developer tools — Unity, Cordova and Phonegap — as well as ad networks including Twitter-owned MoPub, Google’s AdMob and Burstly.

Finally, the pièce de résistance — and the part where Appsfire hopes to make its money — is a new kind of ad unit that Ohayon believes will “take the user experience to the next level”.

Codenamed ‘Sashimi’ (Appsfire has a thing for naming products after Sushi dishes), it is aimed at killing off banner ads in mobile in favor of a richer, user-centric experience that gives phone owners a more useful experience.

Ads are designed in the style of Apple’s App Store, available in 13 languages and will automatically optimize themselves for the iPad and when a device is in landscape mode. The ad spots showcase new apps which will be installed inside the original app, while they are calibrated to avoid showing users ads for apps that they have already downloaded.

Ohayon adds that the Sashimi ads are automatically capped, with no over exposure, wasted inventory or over-charge. “It’s powered by Appsfire’s discovery know how,” he says.

Interestingly, users also have the option of snoozing the notifications and ads for later, if they don’t want to be bother at the time it first displays.

Appsfire has been working on the new system for 18 months, and Ohayon calls it a “360 degree solution for app developers to grow discovery, engagement, monetization elegantly and give back more control on how to manage those aspects.”

Although in its early stages, a beta period yielded click-through rates of over 10 percent, and conversion rates in excess of 25 percent — both well ahead of the industry standard — with Magisto, Mail.Ru, and Macphun among the 1,000-plus developers that have already signed up.

Ohayon says that a number of other organic ad units will be released soon to provide further options for developers. Already, he claims, the SDK has reached 160 million devices and delivered over 50 million notifications to users.

New apps and services like TNW’s own Push.co and App.net’s Broadcasts are evidence that push notification is a new medium in which content makers and developers alike are exploring, the only question is whether the content is relevant and infrequent enough to keep users interested.

Appsfire’s proposition is an interesting one, and Ohayon is convinced that more traditional developer-focused ad networks “will all go the same direction” soon.

Developers seeking more information can visit the Appsfire website or check out this slide deck which provides an overview.