If we were to cover every European accelerator opening up applications for their programs, we’d have little time to write about anything else.

I’m making an exception today for the inaugural business acceleration program started by Germany-headquartered digital media giant Axel Springer and Silicon Valley-based Plug and Play Tech Center, simply because I’m interested in what the two companies can bring to the table in the fast-saturating ‘accelerator’ space in Europe. 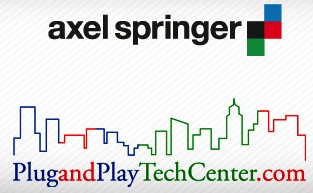 The so-called ‘Axel Springer Plug and Play’ program targets “international founders with digital and innovative business concepts which have high market potential and are technologically pioneering”.

Sounds a lot like every other tech startup accelerator, to be fair.

Startup accelerators aplenty, of course, in Europe and even Germany alone. There are the international ones like Seedcamp and Startupbootcamp, and then there are the Germany-based ones like Rocket Internet, Deutsche Telekom’s hub:raum, HackFwd, Team Europe and the aptly named German Silicon Valley Accelerator (GSVA).

It will be interesting to see how the link with Plug and Play Tech Center can help make Axel Springer’s accelerator unique.

From May 2013, up to ten participants will receive three months of coaching, office space in the heart of Berlin and seed financing of 25,000 euros (roughly $32,000).

The cream of the crop will also be given the opportunity to extend the program at the Plug and Play Tech Center in Sunnyvale, California.

The application phase for the first Axel Springer Plug and Play accelerator program kicks off now and will end on April 19.