Apple CEO Tim Cook heralded this year’s WWDC event as the biggest ever, thanks to a slew of announcements and features for developers and consumers. One of the most interesting aspects of the event was the increased focus on iMessage.

In response to the growth of messaging apps, iMessage is getting a big revamp in iOS 8. It will feature push-to-talk voice messages, a shortcut for quickly taking selfie images, support for group chats, and location sharing. In addition, all media is set to self-destruct by default unless the user explicitly saves it onto their device.

These new features will make iMessage more like an app than just a free SMS delivery service, but what is Apple’s rationale for such a move?

Messaging is the hot topic this year in tech circles, so introducing features that have already proven popular in apps like WhatsApp, SnapChat and Line is a sensible way to improve the user experience for Apple customers.

Creating a better user experience may be the most obvious (and perhaps primary) reason, but there’s more to it than that. Apple needs to address potential threats against the App Store, its key revenue source on mobile.

Though it is not immediately clear, Apple faces the possibility that it could one day be cut out of the loop by messaging apps that have accumulated hundreds of millions of users who are active on their services weekly, if not daily.

One key trend in the messaging space is content. That’s becoming clear in Asia, where the likes of Line, Kakao Talk and WeChat run connected game platforms which have attracted hundreds of millions of game downloads, helping to generate more than $1 billion in revenue between the trio. 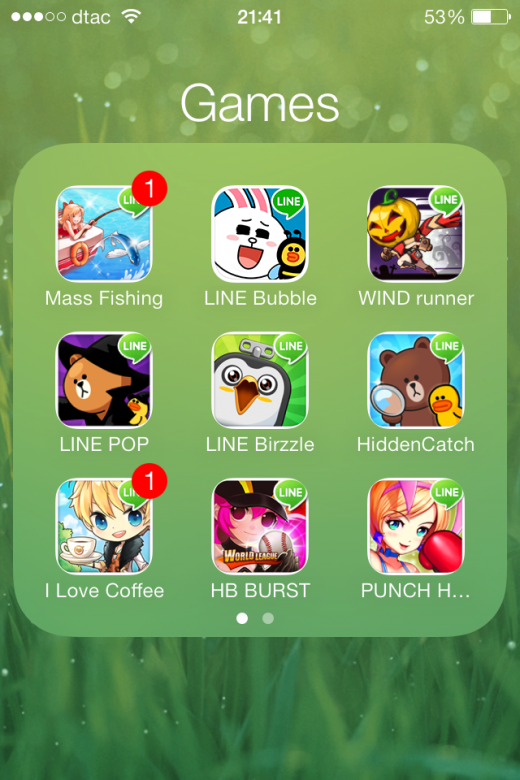 (Games have made Kakao profitable, while Line’s revenue was nearly $150 million in its last quarter.)

The relationship suits Apple nicely, since it banks 30 percent of all in-app purchases and transactions — but what if that set-up was to change?

Messaging 3.0: Apps own the ecosystem

Kik, a messaging firm in Canada that Tencent drew inspiration from when building WeChat, launched an HTML5 content strategy this year which sees all connected games, apps and content run inside an in-app web browser. For example, you can play a full-feature version of Words With Friends with other Kik users without even leaving the app.

That’s convenient for users because it means they don’t need to download standalone apps from the App Store, saving them hassle and time spent downloading. What’s more notable is that it could have interesting repercussions for many parts of the mobile experience, including payments.

Kik is not charging users for items inside its service at this point — aside from stickers — but it is entirely foreseeable that, with time, it could introduce a web-based payment system that completely bypasses Apple and the App Store, thus avoiding the 30 percent cut of their fees.

It is still early days for the next phase of messaging apps — which TechCrunch’s Danny Crichton describes as ‘Messaging 3.0’ — but HTML5 is a key component. Messaging apps now own their users across multiple platforms so it makes sense that they would want to conquer more of the ecosystem. Kik is the only company deploying a web-based content strategy right now, but if other chat app-makers follow suit, it could completely change the dynamics of how users interact with content on their mobile devices.

Apple isn’t about to build its own chat app platform complete with casual gaming, but making iMessage a more convenient and rounded experience can help bolster it from potential threats like Kik.

Given Apple’s dominance in US, iMessage updates may make coming to the US harder for other messaging apps.

Though no single chat app dominates the US market at this point, Apple needs to be wary of the possibilities and weigh up potential moves accordingly — perhaps that will one day mean a cross-platform iMessage.

Round-up: Everything Apple announced at WWDC 2014 in one handy list

Headline image via PhotoAtelier / Flickr, all others via TNW