Rishi Malhotra is the cofounder, president, and COO of Saavn, a leading global music streaming service known as “The Spotify of India.” Rishi leads the product, design and data teams to deliver consumer facing products with particular focus on high user engagement and growth features. Saavn was recently named in Forbes’ 100 Most Promising Companies in America for 2013.

Previously, Rishi was the Vice President of HBO On Demand and Multi-Platform for Home Box Office, Inc. His editorial work has been featured in The New York Times,The Wall Street Journal, Hollywood Reporter, and Forbes.

It’s no secret that Apple is king in North America. Apple’s products are the first thing many of us pick up in the morning and the last thing we put down at night. But over the past few years, Apple’s Achilles heel has started to show, as sales have shifted from new users to upgrades by current users. Growth has significantly slowed.

For such market, Apple is finally addressing that weakness with the introduction of the iPhone 5C and iTunes Radio, a combination that could kickstart the company’s growth in the emerging markets it needs to capture.

In particular, the Asia and Pacific (APAC) market is driving 70 to 79 percent of global smartphone growth. Apple’s APAC market share in Q1 of 2013 was just 13 percent.

India is uniquely well-suited for Apple to steal APAC market share from Android; even though iPhone sales grew 400 percent in India in Q2, Apple has a wide berth for growth, as it still commands just 2.3 percent market share there. If Apple returns to the root of its original success – music – and leverages iTunes Radio, it can drive real, sustainable growth in India.

Music is a unifying thread that weaves through the disparate languages and regions of India. However, the top digital music companies have struggled to find their way around India’s massive music industry thanks to rampant piracy, lack of broadband connectivity, and anomalies in overall infrastructure.

Apple began its journey with music, and is light years ahead of other players in terms of global presence. In this sense, Apple is the company best positioned to take on the music industry in India, and use that as a foothold for overall market growth.

Let’s go back 10 years. In the midst of recovering from a dismal decade, Steve Jobs sensed a path for his company’s future. He recognized that digital music was completely disorganized and totally illegal, yet universally exciting. In short, he saw that Apple needed to own this emerging digital music industry.

So, Apple launched the product that would organize the fractured world of digital music and galvanize a generation: the iPod. iTunes soon became the world’s largest music store and those little music players became the roots for Apple’s meteoric growth. iPods were the predecessors to iPhones and iPads, with smartphones and tablets becoming core product lines for all consumer electronics companies.

But today, Apple is paying an “innovation tax.” The material costs and subsidized price points that work in mature markets are non-starters in the global markets from which Apple’s new growth for the next 10 years must come.

However, many in these billion-sized markets are turning to Android devices because they are cheaper and readily available. Others choose pre-paid phones – no carrier contracts and, therefore, no carrier subsidies. But these regions will be Apple’s next chapter of growth.

How can Apple play in these markets, with $500+ iPhone devices in a no-contract world? With the iPhone 5C, Apple has answered its own need for a lower-cost model, and we can expect more pricing alignment in the coming months. But Apple still needs to drive demand for what will always be a higher-priced product, which brings us (and Apple) back to… music.

There’s a massive behavioral shift underway with regard to music consumption. It started in the U.S. and Europe, and is already headed toward other markets. Rather than purchasing single tracks from iTunes, people are leasing entire catalogs to stream from services like Saavn, Spotify, and Deezer.

iRadio is Apple’s answer to these music services. According to the company, iRadio is launching with 200 stations built by Apple’s music team, and can adapt to a user’s listening history, similar to Pandora.

So what sets iTunes Radio apart from the streaming music frontrunners?

For one – and this has now been widely acknowledged – iRadio gives advertisers a new platform to reach consumers. Apple will be able to serve audio and video units for the first time via iAds, with ad targeting like never before – giving Apple some of the most valuable advertising inventory in the world. Advertisers will pay a premium to fine-tune their buys towards the right users, as already evidenced by the multi-million dollar launch deals with McDonald’s, Pepsi, et al.

In India, there’s already a great demand for advertising on streaming services; our company, Saavn, consistently sells out of ad inventory in India on a monthly basis. and the online media environment in India is growing faster than any market in the world.

With iAds, Apple can bring India a more mature media ecosystem and build confidence in tracking, targeting, and selling. Other brands trust Apple, and their moves in India will excite labels and advertisers alike. In India’s super-saturated advertising market, iAds will add great momentum to the shift from targeting by channel to targeting by individual.

Apple’s presence in India so far has been a warm-up for the 5C and iRadio show. iTunes India launched less than a year ago in December 2012. Even with discounting for Indian iTunes consumers (a $0.99 song in the U.S. is $0.11 to $0.25 in India), it is still a premium-priced music service. Moreover, relatively few people in emerging markets can afford the core vehicle for iTunes music: a full-price iPhone 4 or greater.

With iTunes and previous iPhones, accessibility in many areas has been a barrier to Apple’s growth in India: Internet availability, handset penetration, and credit card usage.

Broadband access is necessary to download and regularly use iTunes on a computer, but only 1.1 percent of Indians have fixed broadband access, compared with a worldwide average of 9 percent. This means that iTunes on a computer is unavailable to 99 percent of India. Internet connectivity is a stumbling block for iTunes – and others in the digital music space – but there is a workaround for this: the mobile phone.

In fact, India is the world’s third largest smartphone market – but Apple has a market share of less than 2 percent of handsets in India. Now compare this to Samsung, which has a 51 percent share. No iPhones means no iTunes. The major play for Apple in India will involve increasing its handset footprint – which is exactly what the iPhone 5C and lower-priced models can accomplish. 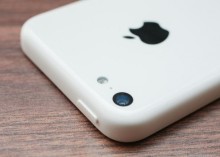 Lastly, credit card penetration is incredibly low in India – less than 2 percent of the Indian population has a credit card. Without a credit card, you can’t make purchases on iTunes. FlipKart, India’s major online retailer, actually accepts COD payments – and their success has been largely accredited to this. With iRadio, which allows for free streaming of music, Apple can work around what had been a large stumbling block for iTunes – the need for credit card transactions.

The iPhone 5C and iRadio aren’t meant to be overnight blockbusters in India, but they get Apple on the unobstructed path to long-term growth. Even in the U.S., when iTunes originally launched, it took time for Apple to establish paid, legal digital downloads as the future of the music industry.

Ten years later, as Apple gets serious about India and APAC, the music consumption pattern of the future is streaming – hence the creation of iRadio. The cheaper iPhone 5C and iRadio will work in harmony as the streaming paradigm hits markets like India, where a population without broadband, without credit cards, and without iPhones awaits.

iTunes Radio is poised to succeed not only in India, but worldwide. Apple has made a concerted effort to offer international content for years – long before iTunes launched in 54 countries last year – planting the seed for key relationships with foreign artists and labels. This puts Apple in a good position to start sorting out the confusion of the Indian music market and others.

In emerging digital markets like India, where accessibility issues have prevented paid download services from taking off, iTunes Radio will answer the next-generation call for organized, limitless digital music. Apple answered the West’s demand for this once before, with iPod and iTunes, and now Apple can do it again in APAC – but this time, it will be streaming via iTunes Radio.

The principle factor in reaching new billion-size markets will be getting Apple devices into users’ hands. Music has helped Apple move devices before, and it might just work again – especially in a market like India, where music is a central part of the culture.