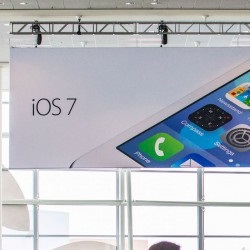 Apple has told developers that all apps submitted to the App Store — be they new releases or merely updates — must be optimized for iOS 7 by February 1. A note on the company’s developer site reads:

Starting February 1, new apps and app updates submitted to the App Store must be built with the latest version of Xcode 5 and must be optimized for iOS 7. Learn more about preparing your apps by reviewing the iOS Human Interface Guidelines.

The latest operating system was announced in June and beginning rolling out to users in September. Adoption of iOS 7 among users is currently at 76 percent which, alongside the platform’s new features, gives developers a clear reason to optimize their apps — though many may have a lot of work on their hands to do so before this deadline.

➤ Apple to require all new App Store submissions to be “optimized for iOS 7,” built with latest Xcode starting Feb. 1 [9to5mac]