The much-anticipated legal showdown between Apple and Samsung is underway, and legal shenanigans, confidential prototypes and a battle of wills between the top two smartphone vendors make this a case worth watching. We’ve collected some of the juiciest bits around the Web from the first day of witnesses. I’ll wait here while you grab some popcorn.

TNW: Samsung on the hot seat for releasing inadmissible evidence

District judge Lucy Koh had strong words for Samsung after the company went to the press with evidence that had been refused admission by the court. The company lost its fight to have “Sony-style” prototypes designed by Apple and a 2006 prototype of its own, so it released the information to the press.

Koh was not happy about the leak and wanted to know who had drafted and authorized the release.

Marketing executive Phil Schiller revealed during testimony that customer surveys and focus groups play “no role in the creation” of Apple’s products.

“You never ask people ‘what features do you want in a new product?'” he said.

“It’s really hard to design products by focus groups. A lot of times, people don’t know what they want until you show it to them,” Jobs said in 1998.

The Verge: iPhone and iPad prototypes 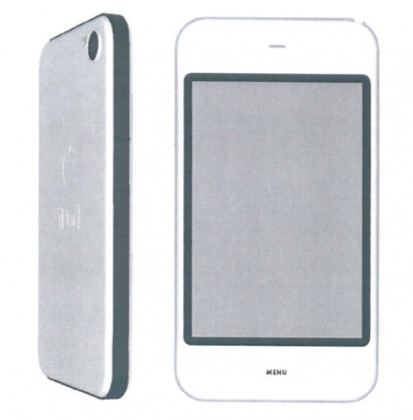 One of the upsides to this legal battle is that we get to see all sorts of design drawings and prototypes that would have otherwise been kept secret.

The Verge has compiled a gallery of almost 40 different iPhone and iPad designs that never made it out of the lab until now, so go indulge your inner fanboy.

Designer Chris Stinger took the stand as an expert witness on Tuesday. He revealed that Apple’s design team is a “pretty maniacal group of people,” and offered a glimpse into their workflow by noting that they work “together around a kitchen table.”

“We have our lives all around the products. In some ways it feels like a small company,” he said.

Stinger, who helped design the iPhone, said that Apple had been “ripped off” by Samsung.

AllThingsD: Steve Jobs had doubts about the iPhone

Stinger also said during his testimony that even Jobs had doubts about the design of the iPhone.

“I’m aware Steve Jobs himself had doubts,” he testified.

The designer brought up the subject as part of a line of reasoning that releasing the handset was an “unprecedented” and risky move.

Samsung lawyer Charles Verhoeven argued during his opening statement that the company is just engaging in normal American-style competition.

“It’s called competition,” he said. “That’s what we do in America.”

In an effort to counter Apple’s accusations, Samsung has asserted that its iPhone-making rival wasn’t the first to use a rectangular phone shape.

“Apple didn’t invent that,” Verhoeven said. “That was already out there.”

Samsung also argued that the “entire industry” had picked up recent smartphone and tablet trends because of technological improvements.

Verhoeven did admit, however, that the iPhone had inspired the industry and spurred competition.

“Everybody does it in the commercial marketplace,” he claimed. “There’s nothing wrong with that.”

The trial’s jury, which was selected on Monday, originally included seven men and three women, but one of the women was dismissed on Tuesday because the insurance company she works for wouldn’t pay her salary during the proceedings. A video game enthusiast and a project manager are among the remaining jurors, Reuters reports.

“Patent trial of the century”

Time will tell if this case warrants the Wall Street Journal’s designation of “patent trial of the century”, but you can certainly expect things to heat up in coming weeks.

Whatever you call this dispute, there’s plenty at stake. Apple is seeking $2.5 billion in damages and has already fought for injunctions against Samsung’s Galaxy Tab and Galaxy Nexus devices.