Apple has continued its long-running streak of taking the number one spot in customer satisfaction on JD Power’s semi-annual study.

The iPhone maker achieved a score of 855 out of 1,000. Nokia took second place with 795 points, while Samsung placed third with 793. Motorola and HTC rounded out the top five with respective scores of 792 and 790.

LG took the top award for feature phone makers with a score of 719, followed by Nokia at 714. 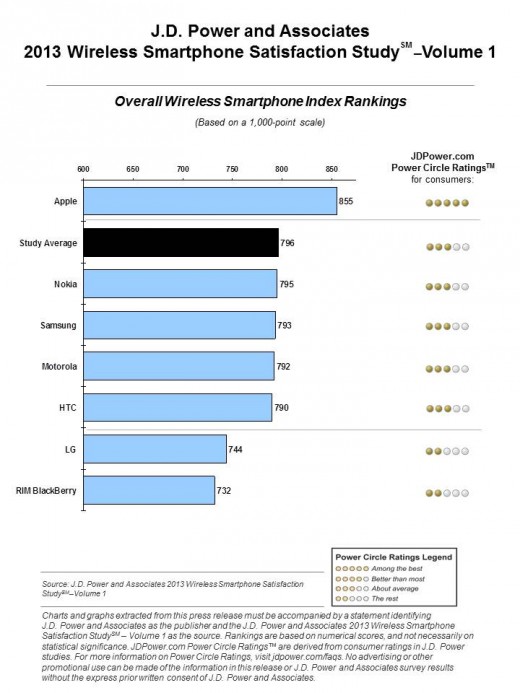 JD Power collected responses from 9,767 smartphone customers and 6,759 traditional mobile phones during the second half of 2012 for the study.

According to the findings, Apple continues to maintain a significant lead on its competitors, so it doesn’t appear to be in jeopardy of losing its customer satisfaction crown. The company proudly displays its JD Power award on its “Why iPhone?” page, though it has yet to update it to note its most recent win.

Apple isn’t necessarily winning the market share game in the mobile space, but its customers do seem to be largely content with their devices. The company sold a record 47.8 million iPhones last quarter, up 23% year-over-year.