Update: The outage has concluded, according to Apple’s Support page. Total downtime appears to have been just over 5 hours.

For about an hour, we’ve been getting reports of Apple’s iMessage system encountering errors and issues including delays and send failures. A couple of minutes ago, Apple acknowledge the issue and noted on its iCloud status site that ‘some users’ may be seeing issues with both iMessage and Facetime.

Apple’s system status panel indicates that the outage began just under an hour ago, and is ongoing at this point.  A twitter search for iMessage results in a new complaint roughly once every second or more, so whatever ‘some’ means, it’s a lot. Apple’s iCloud services grew 31.5% in the last few months to some 250M users with those users sending 2 billion iMessages a day, so even a small percentage of those is going to be a lot of people. 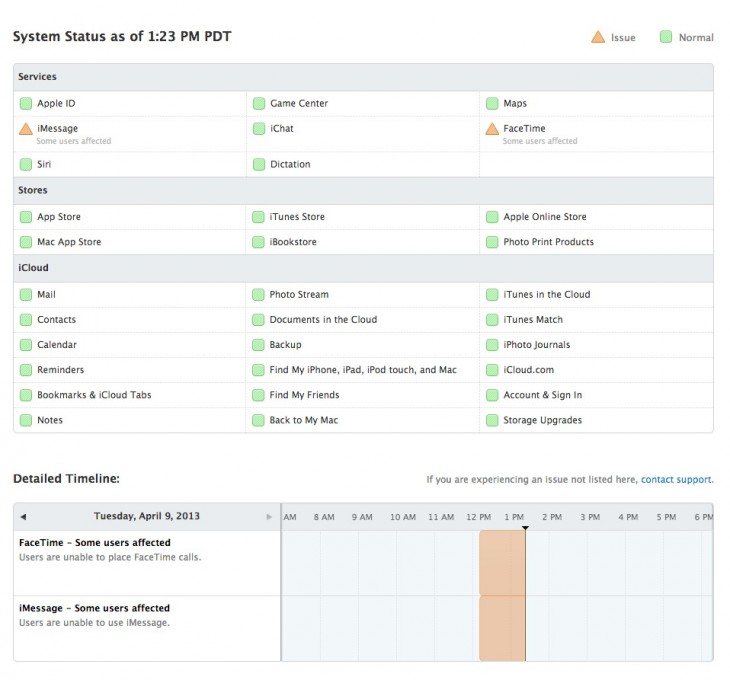 If you’re wondering why we continue to report on the status of iMessage outages, you can check out this piece from back when Apple was facing the first backlash against its Maps issues. Apple, as a service company, has a responsibility to get this right. If it wants iMessage to be a default communications method, it needs to have near 100% uptime. It’s not too bad overall, but there are still regular outages.