This article was published on November 10, 2013 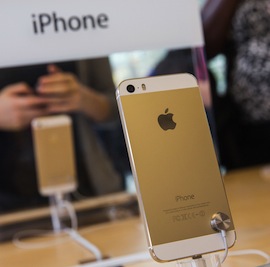 Apple is in the midst of developing two new iPhone models with larger glass screens that curve downward at the edges, planned for release in the third quarter of next year, Bloomberg reports.

Bloomberg cites a source familiar with Apple’s plans as saying that the new iPhones will boast screen sizes of 4.7 and 5.5 inches. Comparatively, the screen on Apple’s recently-released iPhone 5s comes in at four inches.

Apple is also reportedly testing touch sensors that can differentiate between light and heavy touches on the iPhone screen, though that isn’t likely to be ready for the next iPhone release and may be built into later models instead.