Following today’s Apple Event, Apple has just released iTunes 10.6. The release is undoubtedly in response to numerous announcements made, including the Apple TV’s new 1080p quality and Netflix payment integration.

More specifically, Apple appears to be upgrading some existing video downloads to the 1080p HD, which might end up causing trouble with touchy content providers.

As noted in the image below, here’s the full release:

iTunes 10.6 adds the ability to play 1080p HD movies and TV shows from the iTunes Store. The release also includes a number of improvements for iTunes Match, including:

*Addresses an issue where songs may skip when playing form iCloud. 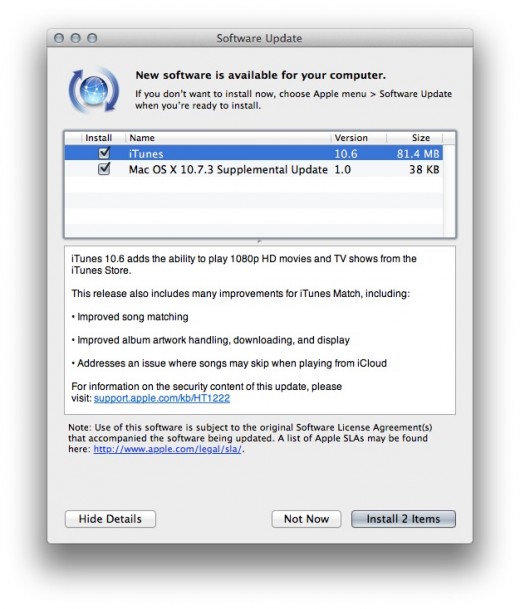