The HomePod is dead. Well, kinda. Apple has discontinued its original smart speaker, and is now pouring its attention solely on HomePod Mini.

This isn’t a big surprise, the original HomePod never truly captured the public’s imagination after all. But… I believe there’s hope for the premium side of the range; if the company releases a HomePod with a screen.

We’ll get to that in a hot minute. First though, let’s talk about…

Why the HomePod failed

Contrary to some people’s views that the HomePod was “misunderstood,” it simply wasn’t an engaging or well thought out product.

First off, function. For whatever reason, Siri did — and still does — suck. It’s just not good enough to operate as a smart speaker in the way Google Nest and Amazon Echo devices can.

I’m of the firm belief that Apple realized that Siri wasn’t up to scratch and then tried to shift the narrative around the HomePod from being a smart speaker, to more of a high-quality audio device. And here’s where we get to the second main issue: the HomePod will never be audiophile equipment.

Yes, it sounded amazing, but that’s not enough. There was no support for formats higher than CD-quality, you could only use AirPlay, and there were no physical inputs. The only people who declared it audiophile-ready were Apple themselves and the journalists naive enough to swallow the company’s Kool Aid.

At the end of the day, the HomePod was a $350 smart speaker that was neither as functional as the $50 offerings from other companies, nor suitable for anyone seriously into their audio. The fact it’s been killed isn’t surprising.

But Apple has made amends immediately: and here enters the HomePod Mini. As the name makes clear, it’s basically just a smaller HomePod, with a smaller price tag: $99. That’s damn reasonable, and makes it a viable competitor to Google’s and Amazon’s devices.

Thing is, Apple isn’t exactly known for releasing reasonably-priced products. The discontinuation of the original HomePod isn’t going to sit well. This leads to one question: how does it make its smart speaker a premium device? Well…

Apple needs to release a HomePod with a screen

Why wait? Do it soon. Do it now. SCHNELL!

I’ve written before about how I only saw the value of smart speakers after I used one with a screen — and I think this would ring true of a lot of other people.

Why do I feel this way? Well, let’s take my beloved Lenovo Smart Display as an example. The thing is far more useful than a dumb-ass smart speaker. It works as a photo frame, a kitchen tool, an interactive menu, a music station, and so much more.

Long story short, controlling something with a screen is far more useful and intuitive than just using your voice. It’d even make up for the fact that Siri’s a bit crap.

Imagine it with me… a device that’s somewhere between an iPad Mini and the HomePod. It’d slot into your Apple ecosystem flawlessly, it’d be genuinely useful, and — you know what? — it’d sound fantastic.

I’m salivating just thinking about it.

I totally understand why Apple has dropped the HomePod and is now focusing on the Mini, but this should be used an opportunity for the company to learn and grow. A HomePod with a screen isn’t a revolutionary idea, but it is one that’d be successful.

So, Apple, I’m waiting. And, when you finally do release a HomePod with a screen, you know where to send the checks. 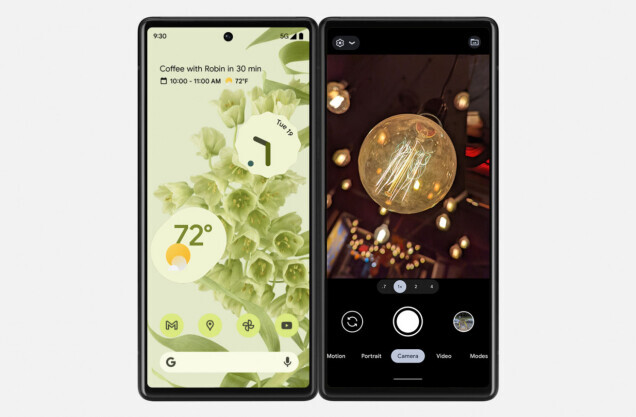