Apple released updates to iOS and OS X today, bringing new software to your Mac and iPhone. Both are incremental updates, but fix a few annoying niggles.

Apple Music gets all the attention in iOS 8.4.1, as Apple has solved some issues regarding iCloud Music Library activation and album artwork displaying differently across devices. Beats1’s ‘Love’ button is also fixed, now. 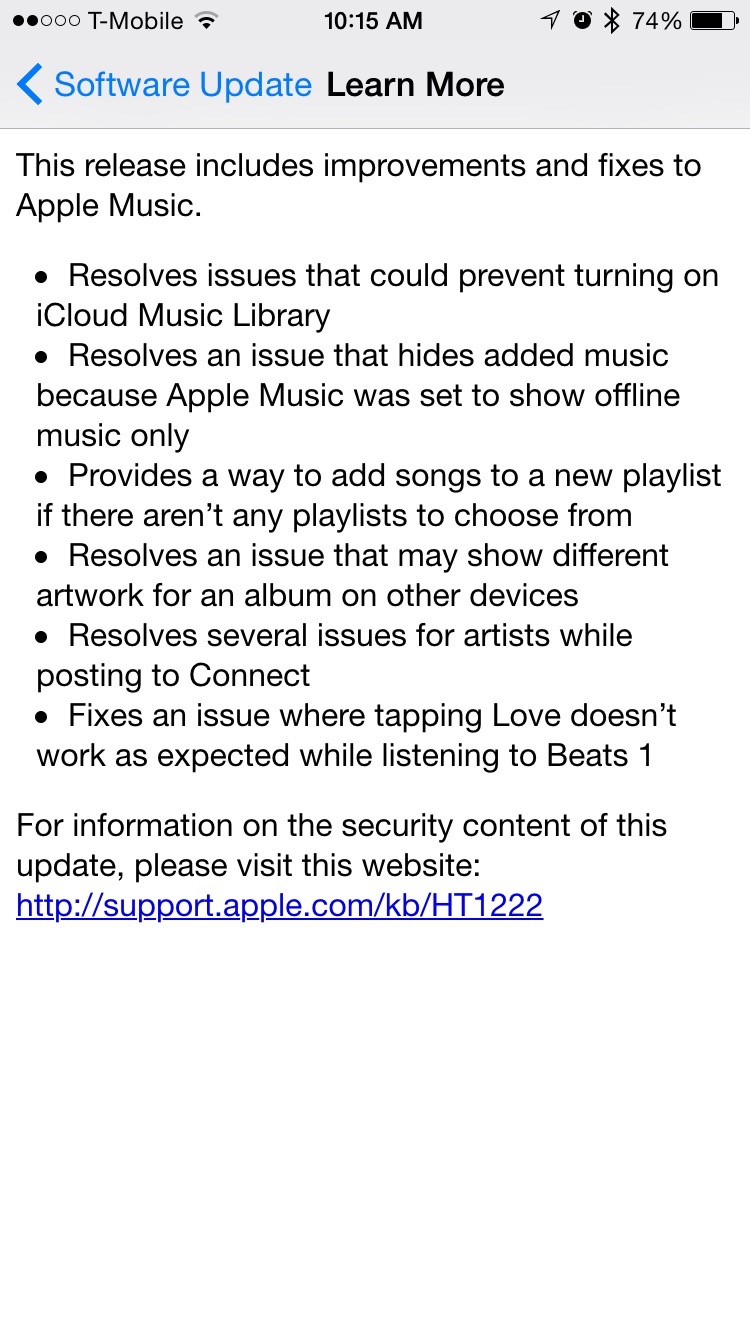 The desktop’s update is also incremental, with OS X 10.10.5 improving compatibility issues for some mail servers when using Mail, and solves an issue in Photos that prevented GoPro imports. QuickTime also got some attention, and you can now play Windows Media files without a problem.

To compliment the OS X update, iTunes has also been updated to version 12.2.2. The only new feature is that artists can now share to Apple Music Connect from the desktop. The rest of the update is all about bug fixes, like artists not populating correctly in your ‘My Music’ list.

Read next: Apple releases its first update for the Apple Watch, including new emojis