Exclusive – Appcelerator, the US company behind popular cross-platform iOS, Android and Web app development solution Titanium, has received an extra capital injection to the tune of $3 million, The Next Web has learned.

The company recently raised $16 million in Series C funding, but has expanded the financing round with an extra $3 million provided by Presidio Ventures, the early-stage investment vehicle owned by Sumitomo Corporation, a Japanese conglomerate with a history that goes back almost 100 years.

On its website, Presidio Ventures says it has invested in over 100 US startups for a total investment amount of $200 million since its inception in 1998.

Other Appcelerator backers include eBay and Red Hat, and VC firms like Mayfield Fund, Sierra Ventures and Storm Ventures.

Appcelerator co-founder and CEO Jeff Haynie confirmed the additional financing and provided us with the following statement to clarify the move:

This was an opportunistic add-on to the last round of funding from Presidio Ventures, which is the venture arm of Sumitomo Corporation.  This funding was received to help further our expansion in Asia. The brings most recent round of funding to $34 million, with a total of $50.5 million dollars.

To be clear, APJ stands for Asia Pacific Japan. 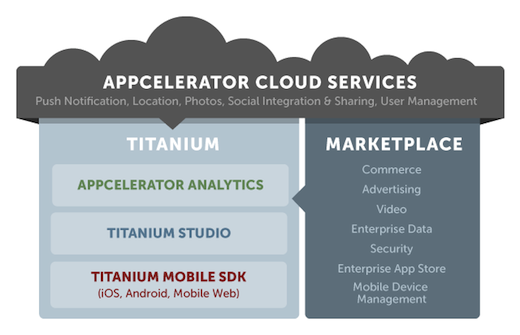