Designing an app takes a lot of creativity, planning and intensive labor. However, the game gets harder when you’re designing for a global audience. We spoke to some of the hottest global apps and got their top tips to share.

The value proposition of your app should be similar to all your markets worldwide. However, you should tailor your offering for a local audience.

Ori Goshen, co-founder and vice president of research and development at Tawkon, advises developers to make the core offering consistently worldwide. “Covering, reviewing, and spreading the word about your product would be an easy thing to do,” he says. “With that said, make tailor-made local efforts, campaigns and even features that will make your offering unique to key specific markets.”

Rytis Vitkauskas, CEO and co-founder of YPlan, also goes the extra mile to localize sharing. “When launching in London we made sure we took time to drill down into the psychology of what people’s going out habits were like – what kind of events do people like to attend, does it vary during the week as opposed to the weekend,” he says.

“When it came to launching in New York we knew we’d need to set aside time to do the same again. The product has to be right culturally, what’s hot in London might not translate across the pond.”

It is commonplace for companies build a network of satellite offices, maintaining one central hub, devolving a small level of decision making to regional centres. “To truly understand a global market you need to be prepared to move around,” Vitkauskas says. “It’s important that senior members of the team spend time in each different location so that they can understand the challenges that each operation faces in each different market.”

Do: Assess the viability of launching in a new market

Since localizing and marketing apps in new markets can prove costly and take up a lot of resources, Vitkauskas advises a deep research for opportunities that are most ripe for expansion.

“When deciding which city to launch in after our London debut, we spent a long time considering a range of different factors – is there a wide selection of venues, are the events themselves strong enough, are there any similar products out there – tempting though it may be to move to a vibrant city, you need to know that it’ll be a fruitful business move.”

Similarly, Goshen recommends localizing your “store front” – app store materials (description, title, screenshots, etc.) and promoting your app locally with a small budget. This serves as a test in the water and will help you validate the product market fit in that specific geography before making big investments.

“At Tawkon, we were looking to get into the European market. So we first translated the app store materials in Spanish, German, French, Italian, sent a translated media package to few local journalists and bloggers at those geographies before deciding which country to focus on. Soon enough, we discovered that France is a great market for us so we pursued it with more resources.

It is easy to wrongly assume that all markets take to the same language similarly. In reality, they may have very different attitudes to what is acceptable. 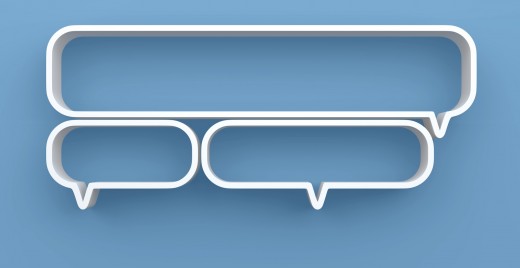 Leigh Garland, Director of Web Technology at Nice Agency reminds developers to consider various cultural interpretations. “Often, something that might come across as straightforward to Brits, might appear sarcastic or stuffy to an American audience,” he says.

“Likewise that mission statement that sounds forthright and inspiring to your Indian colleagues may well come off as corny or overly sentimental.” It is therefore important to get your copy sense-checked by someone that knows the culture of the country you’re targeting at the very least.

Sander also stresses the importance of paying attention to localized numerical formats and cultural references, claiming that “in some cultures the thumbs up signal is an obscene gesture.”

Developers should get in real content as soon as possible to test thoroughly in the languages that they’re building for. Garland said that he once created an app for a football betting company.

“We had neatly worked out all the spacing for league table layouts using English clubs. The whole thing blew up when the client expanded the site to include the German and Greek leagues, including such teams as FSV Glückauf Brieske-Senftenberg,” he says. “Not only did many long team names break the layout, but the font we’d selected didn’t support Greek characters.”

Nikolai Sander, Director of Mobile Software Engineering at HotelTonight, also recommends leaving spaces for text in languages like French and German, which are much longer when translated. He believes in always designing a fairly responsive mobile layout.

Dan Kenger, Creative Digital Director at Gin Lane Media, says that some languages have larger, more visual characters, or may read in a different direction altogether. “When the translation is completed, your text may end up somewhere that’s less than ideal, like overtop of a model’s face.”

When designing for an international audience, creating a consistent visual language is more important than ever, especially with regards to navigation. “You can’t rely as heavily on copy to give the audience a sense of what to do or where to go, because your message may be literally lost in translation,” Kenger says.

Garland also warns against assuming that user experiences are universal.

“Just because that icon you think means ‘delete’ is obvious to you, it might not be what users in other cultures expect. Your app’s reputation will suffer if users end up deleting items because they thought the icon was actually ‘expand’.

“Just because Facebook does it, doesn’t always mean that the iconography will be familiar globally. It’s important to remember there are countries in the world where other social media networks dominate.”

Make sure that you check your audience are actually using the OS that you’re building your app on. “If you’re targeting the U.S. market, by all means only build for iPhone. However in S.E. Asia, where Samsung is top of the pile, you might want to be focusing on Android,” Garland says. “You can’t afford to assume that ‘most people’ have updated to latest OS versions, or even that many have the latest major point version. Get the stats before you start.” 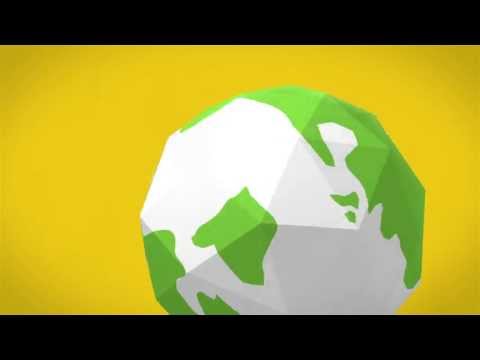 Animations might seem like a tricky item to implement, but it does give the user a sense of delight when done correctly.

Shivam Gadhia and Ataul Munim of Novoda says the best type of animation helps the user learn more how an app functions. “[Animations act] as visual cues  – that is, without having to explicitly tell the user. They can convey information without having to deal with localisation issues.

“Correct implementations require that animations should not degrade the perceived or actual responsiveness of the user interface and should not distract or delay the user from task at hand.”

Shuttle is a project management tool that the Square Engineering Team created internally and recently open sourced so that any company can use it to bring their software to the world.

Since every aspect of the app and website must be internationalized when it is launched in a new country, Shuttle lessens the frustrations shared by both developers and translators when trying to take codebase originally written for the U.S. and make it global.

Don’t: Assume it will be the same the second time around

While it may sound obvious, it’s crucial that you consider each new problem with fresh eyes where possible. “When drafting business plans, and making projections about growth it can be tempting to rely too heavily on your previous experiences,” Vitkauskas says.

He recommends taking time to think about business challenges creatively and brainstorming a range of different scenarios no matter how absurd they might seem. “It’ll help you adapt to change as and when it comes.”

So there you have it folks – tips from the experts to get you started in globalizing your app. Have we missed out any other tips? Share your thoughts below.