This article was published on February 1, 2013

App Annie, the app ranking and intelligence company has seen rapid growth, announced a new office in London and released its latest Index report. To say the least, it has hit the ground running in 2013.

The Next Web caught up with Oliver Lo, VP of Marketing, based in Beijing and Olivier Bernard, Vice President EMEA, based in London, to find out how to manage international changes, take a look at app trends and find out what the company has learned along the way.

On the firm’s expansion, Lo explained that the global growth of app makers is creating demand for App Annie’s services. “We are expanding very quickly,” he says. We’re now in London, San Francisco, Beijing, Tokyo and Hong Kong. Our customer base is broad, with people in the apps world ranging from publishers, investors, ad networks and media. There are many hubs around the world now that are generating revenue through app stores.” 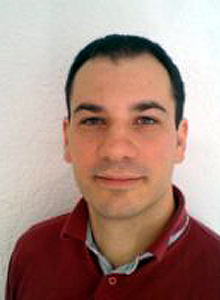 Indeed it is that global trend that sees App Annie taking up residence in London. In heading up the new office in the UK Bernard says it is a natural step. “We have lots of customers here and we want to give them the best service,” he says. “Though there are many app makers in France, Finland and Germany, the UK is a kind of decision centre for Europe. We will be servicing other European countries from here.”

The firm is taking up residence in the Euston/St Pancras area of London and Bernard says this was a strategic choice. “It’s well connected,” he says. “We can access all of our main clients. and it allows all of our team to get to international transport links. London is a great hub to service the UK and Europe and of course Google is moving close to Euston very soon.”

Lo says that having local hubs helps to serve its clients better by providing knowledge that is geographically useful. “We can provide a local base and team to serve all of our regions,” he says. Each local team has people in sales, marketing and analysts.”

With a foot in the UK, the company is also eyeing mainland Europe. “We’ll be based here to start but we are also looking at markets like Russia,” says Bernard. He points out that this is likely to be much further along the company’s roadmap.

Currently App Annie has between twenty and thirty big clients in the UK but a percentage of these are global companies with a UK base that would benefit from regional support.

Although the company has yet to announce revenue figures, Lo sounds rightly proud and slightly astonished at the current state of play. “Year over year we are exploding. The demand has been amazing, I’ve not seen anything like it before for a product, “ he says. “My role in marketing is almost not needed because there are so many inbound requests.”

When it comes to actual numbers, Lo is a little more coy. “We’re growing quickly and we’ve been cash positive for a while,” he says.

The numbers that the company can reveal do look pretty solid. On the firm’s website it clearly states that App Annie is follows 190,000 apps using its free tool ‘Analytics’. It claims 80% of the top 100 iOS publishers as customers and has tracked more than thirteen billion downloads and more than $2 billion in revenues.

Across its global offices, App Annie employs around 70 people, a number that Lo says is set to grow through 2013. They are of course hiring in London as the firm becomes more established in the UK and Lo says they are looking for analysts as well as people in sales and marketing.

So what has the company learned about high growth and expansion? Lo says that the most important thing he has learned is that patience and core values are irreplaceable. 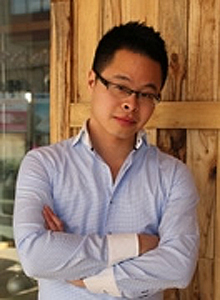 “In the past eighteen months I’ve learned that when you’re growing fast and need to hire, there’s a temptation to lower the bar. We decided to stay true to the kind of people we want to hire. Although our growth has been rapid, it was not as quick as it could have been,” he says.

“We decided to grow in the way that we want, rather than to outgrow our ambitions. You have to stick to the kind of structure and people you want,” he continues. “You need to invest a lot in the hiring process and I think a lot of people overlook this.”

Ensuring the expansion is contolled also seems to be a lesson learned by Lo. He explained that communication and clear milestones are important to keep. “You have to really stretch your team and your company,” he says. “The milestones need to be clear as a schematic for the team. Everyone here has a clear idea of where they are going with the company.”

The strategy and planning have done the firm well so far and it looks as though the next phase will also be well planned. “We’re an early to mid-stage startup becoming a late stage startup so as we grow we want to make sure everything is in place before the real acceleration happens,” says Lo.

As growth continues for the firm, with such careful attention to detail and planning, even if the next stage takes the company higher, faster, it sounds as though the team will not be rattled by the rush.