Toys can be boring and typically don’t last that long. One company is hoping that by incorporating robotics and artificial intelligence, our play things can be much more entertaining.

Consumer robotics company Anki today unveiled Anki Drive, its first product focused on race cars. Its bundled package is available through Apple’s website and retail stores for $199 in the US and Canada beginning October 23. You can also download its accompanying mobile app through the Apple App Store.

A blend of Gran Turismo with your Hot Wheels racing track

We had a chance to sit down with Anki to look at its Drive product and it’s very much a racing game that you may have played with back in the day. Even now, you can go to a toy store and pick up something similar such as the Hot Wheels Power Port toy. This is what Anki Drive might remind you of.

However, add in a bit of artificial intelligence and the entertainment value will surely increase. Players need to buy the bundled package first, which contains two cars, chargers, and the race track. There are a two additional cars that can be purchased for $69 each.

To begin playing, simply roll out the race track and choose which cars you want to race. The company tells us that the track has tiny sensors embedded in it that send instructions to cameras located on the undercarriage of each car. They can also be directed through the use of Anki’s iOS app.

For the most part, artificial intelligence is used in computer-controlled vehicles. The iOS app allows players to manage how fast their cars go and also to go left or right. An Android version is not yet available and the company went with iOS because of the capabilities at the time that were available on Apple’s platform.

To help make the game playable in any setting, Internet connectivity isn’t required as Anki’s app uses Bluetooth Low Energy (BTLE) to communicate with each vehicle.

What’s more, each vehicle has its own special ability and players can use credits they earn by winning races to add on new features. Anki Drive is a strategic game — find out which car your opponents are using and pick one that will counteract its special abilities.  Some vehicles have tractor beams, lasers, shields, and other power-ups to help give players an advantage. 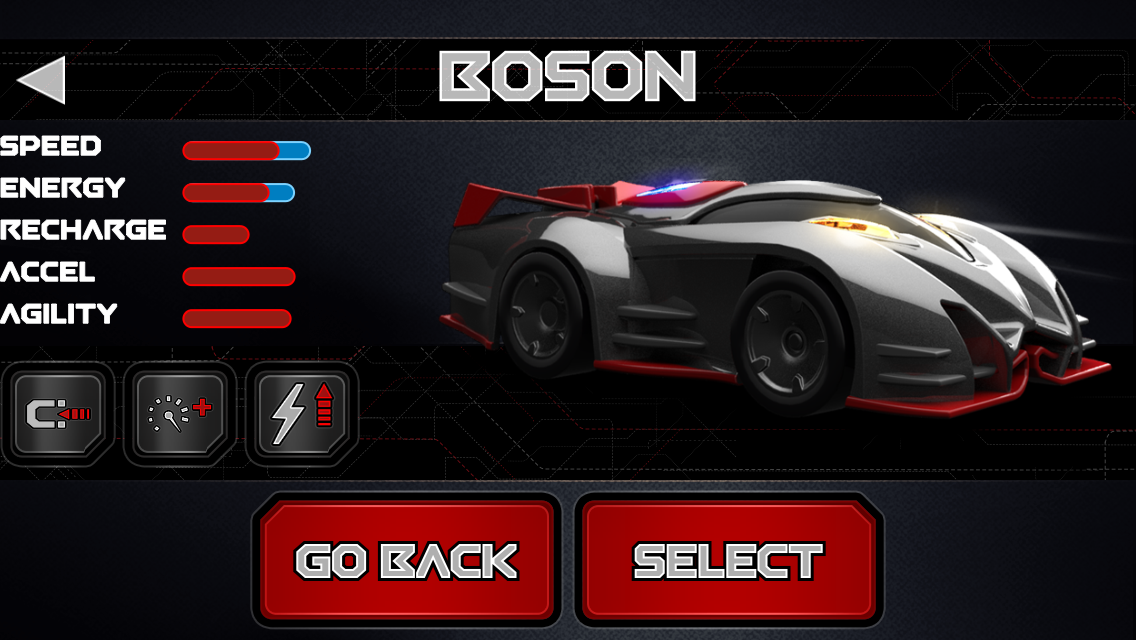 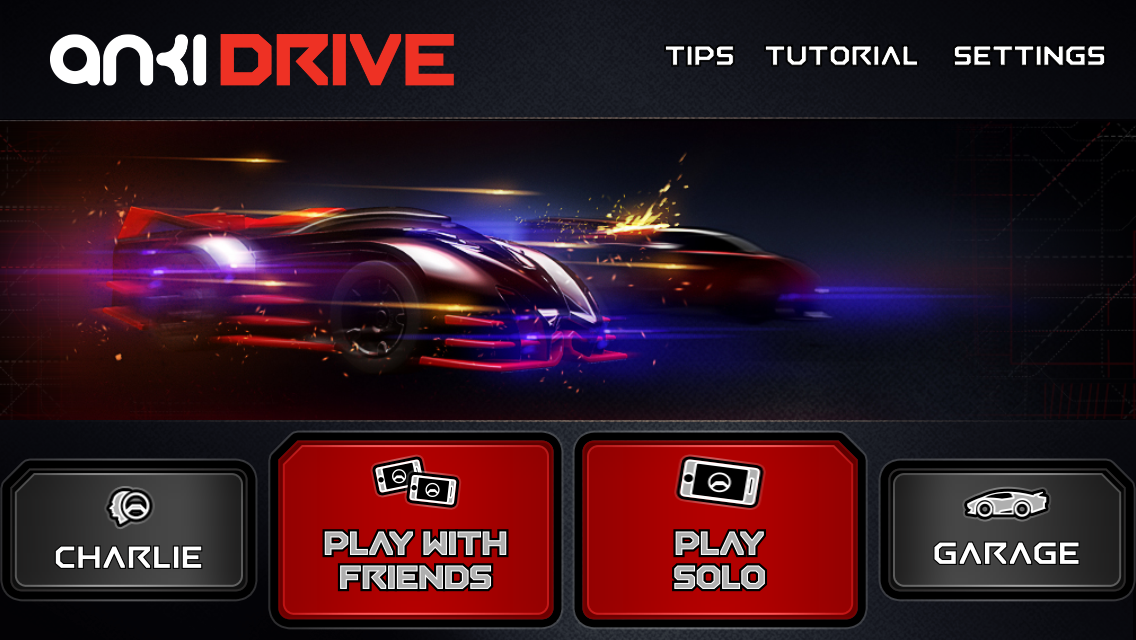 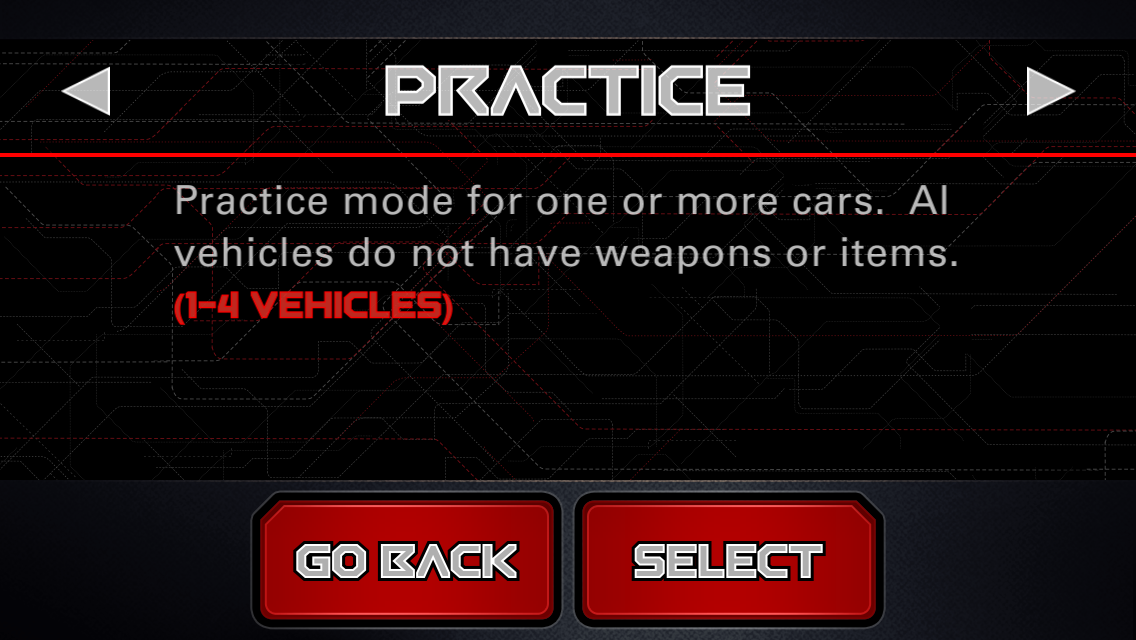 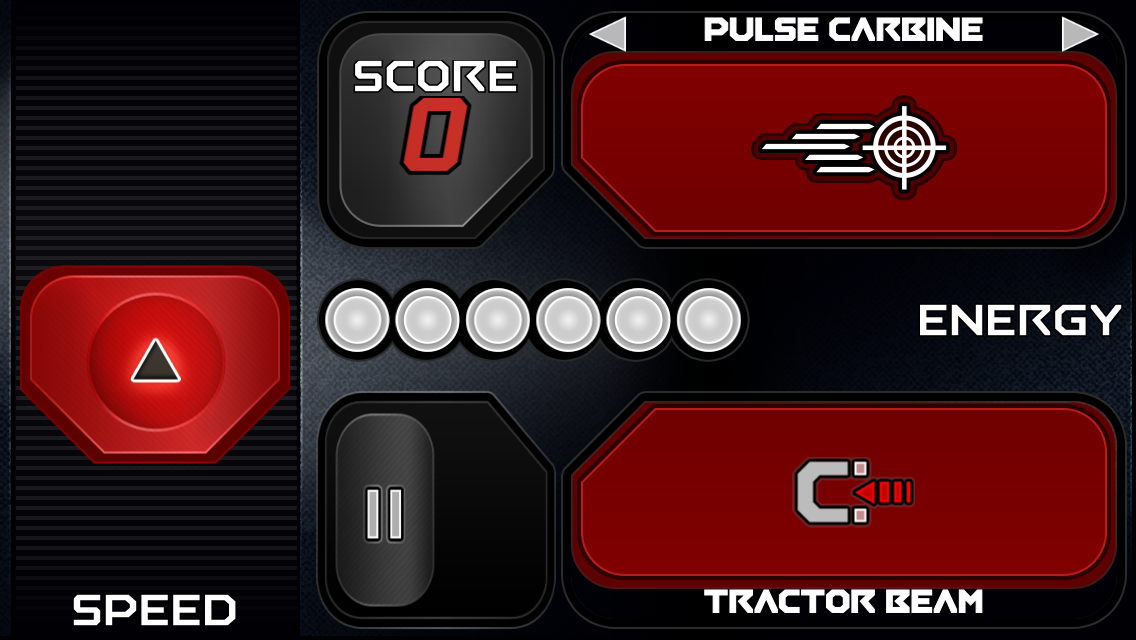 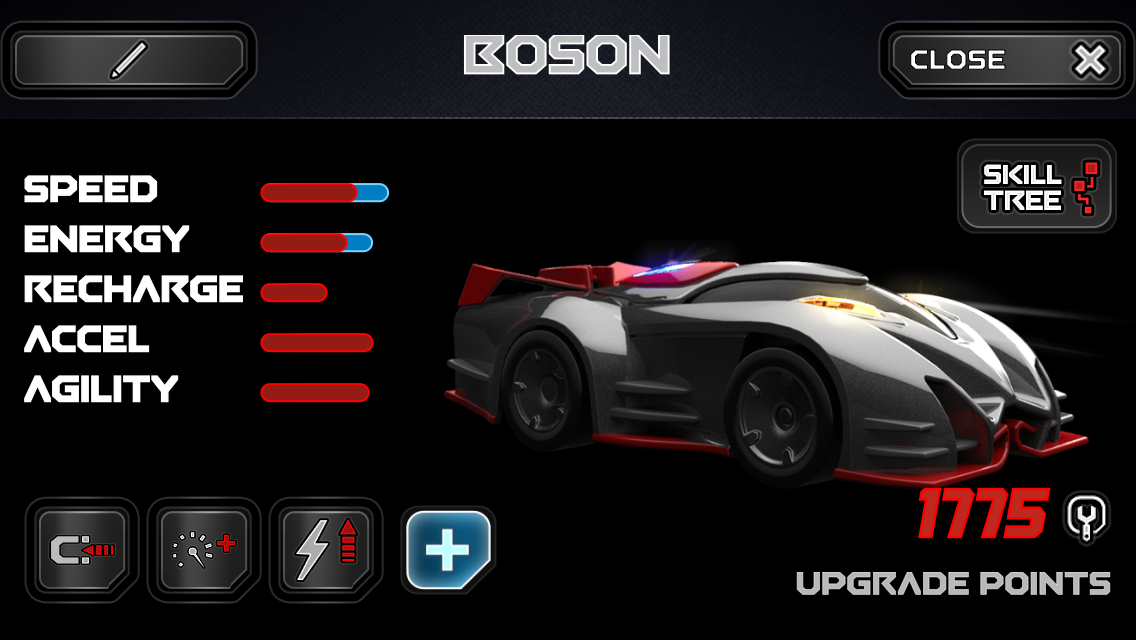 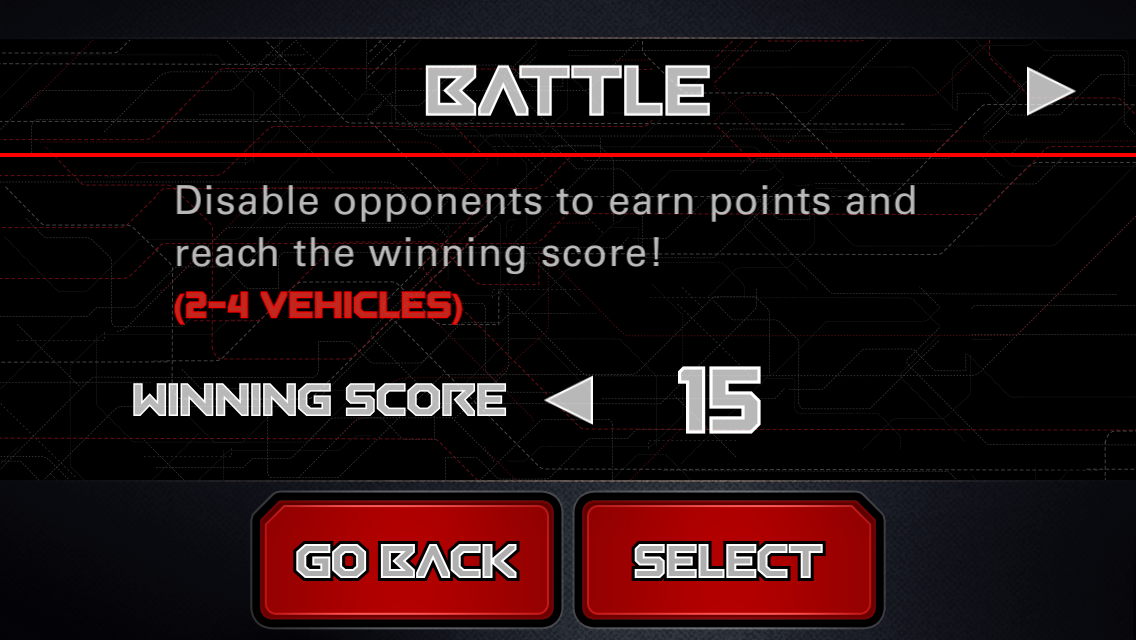 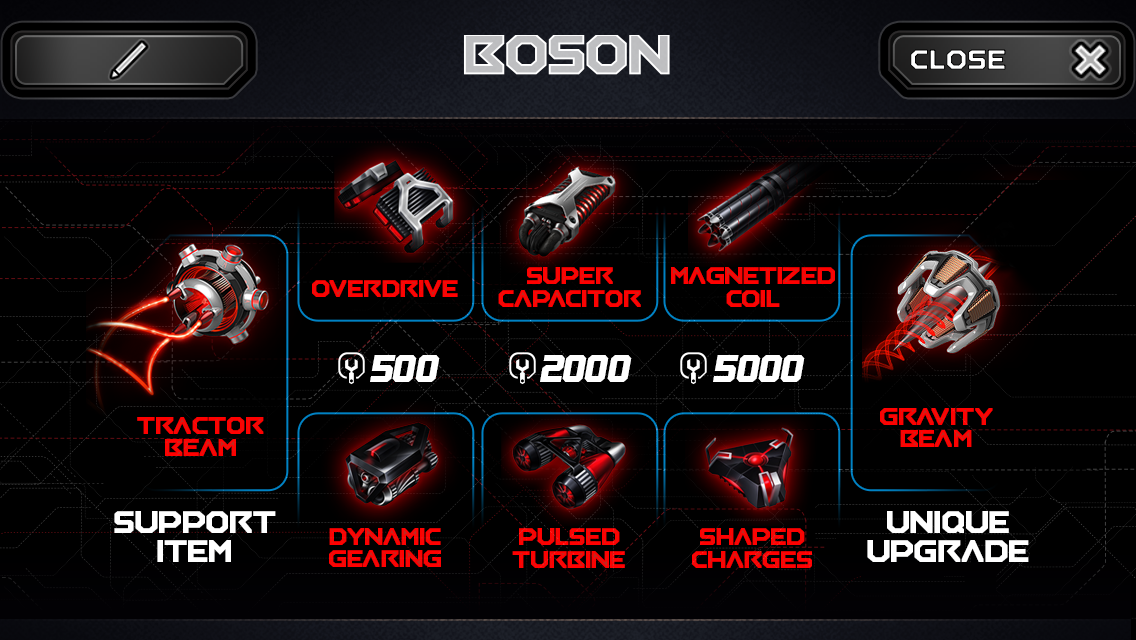 Each vehicle can operate for about 20 to 30 minutes on a single charge and once it runs out, simply plug in the AC adapter and in less than 10 minutes, the car is charged up again.

After spending a few minutes playing Anki Drive, we felt that it was certainly an addictive game. The company spent quite a bit of effort on the whole experience, from the packaging to the gameplay. The founders tell us that the packaging has been made so that it’s travel ready — you can bring it on a plane or to your friend’s house to play. The race track has been made to be pretty sturdy in the event young children walk across it while it’s unrolled. 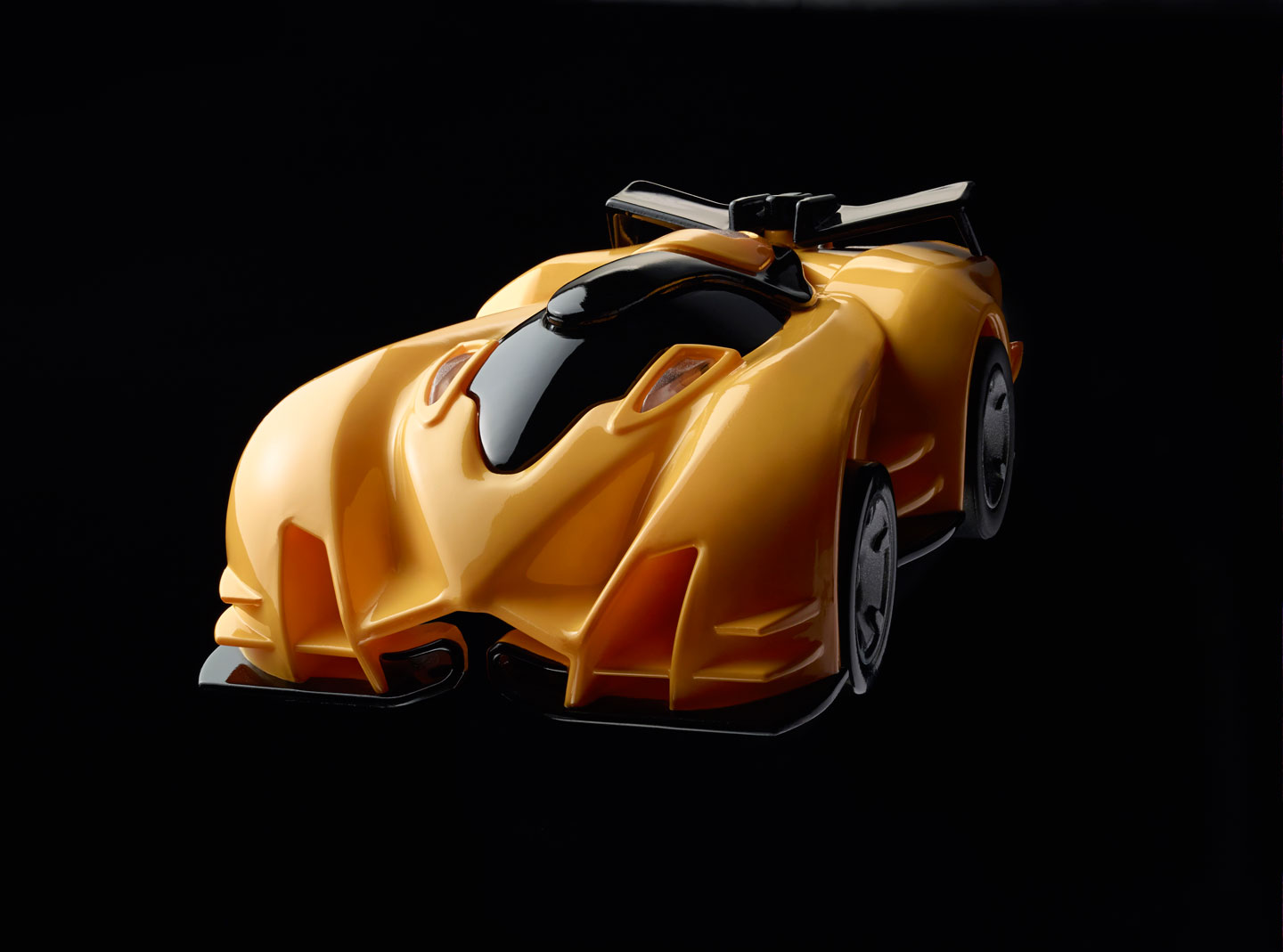 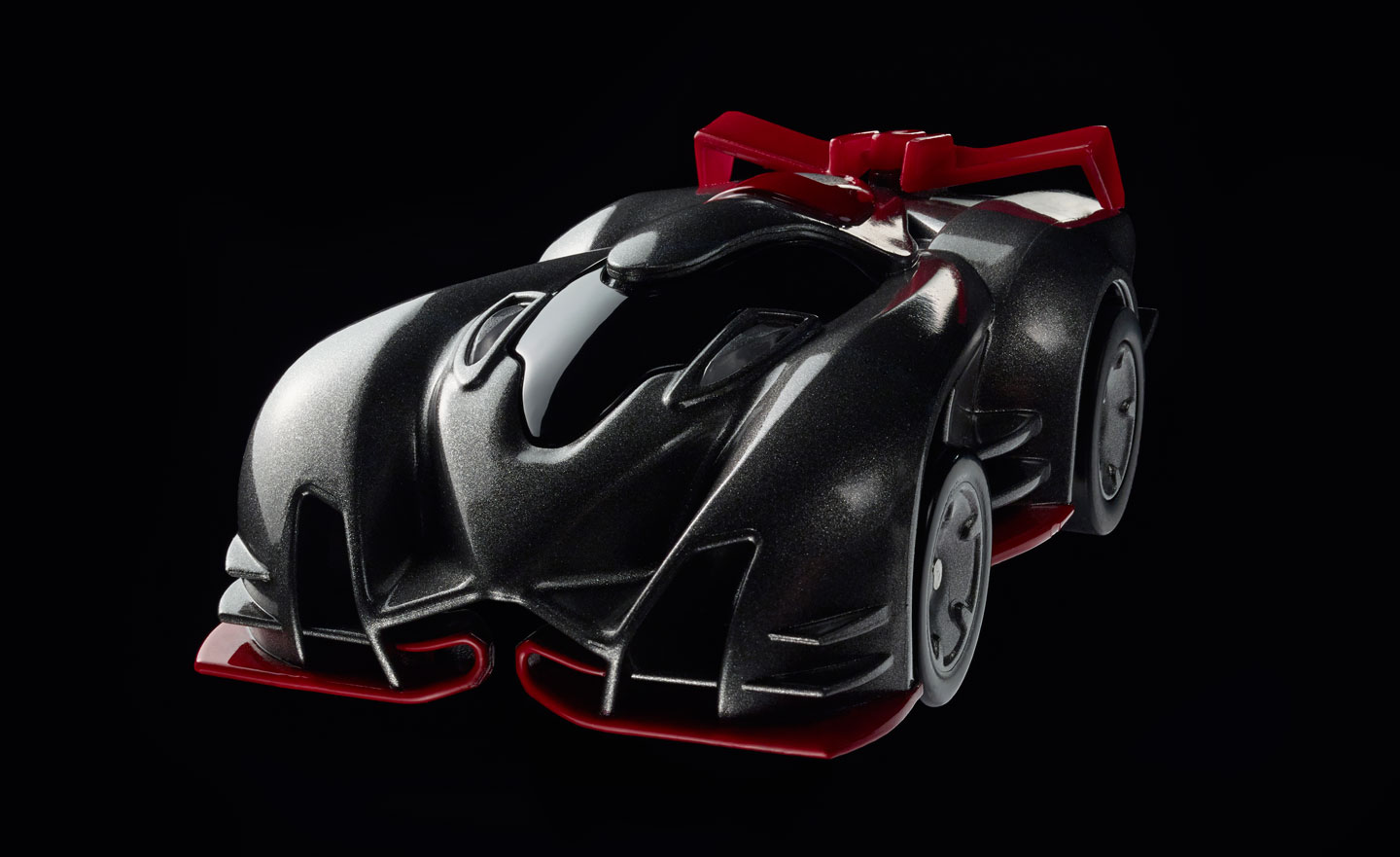 Attention was paid to the overall design of the cars. Tappeiner says that the look and the feel of the experience needs to be “as beautifully designed as the technology behind it.”

Anki hired Hollywood designer Harald Belker to help create the mood. If you’re not familiar with Belker, he’s the person behind the design of the 1996 Batmobile, vehicles in Minority Report, Tron: Legacy, and the the 2012 remake of Total Recall. Tappeiner remarked:

Harald was used to designing life-sized cars, or cars that only needed to function in films rather than in the real world. Together with the engineering team, he needed to design small cars that were both beautiful and that would also operate in precise and predictable ways. This was a different sort of challenge, and one that he seized with gusto.

That cool racing game you saw at the Apple event

You might remember Anki Drive from when it made its public debut during Apple’s Worldwide Developer Conference (WWDC) keynote this year.

Started by three Carnegie Mellon PhD students, Boris Sofman, Mark Palatucci, and Hanns Tappeiner, Anki is aimed at helping make robotic technology more usable in consumer products. They tell us that they wanted to solve difficult problems, but only as long as it had a genuine impact on the real world.

This is the company’s first product, but it’s also being viewed as an important pioneer in terms of helping bring consumer robotics into the limelight. Of course, Anki Drive wasn’t developed overnight — we’re told that it took five years to create.

Anki Drive is available in Apple stores and online

If you’re looking to get your hands on Anki Drive, it will be available starting October 23 from Apple, both on its website and in its retail stores, but only in the US and Canada. As mentioned earlier, you’ll need to buy the bundled package first, which costs $199 and then can buy the two additional car models for $69 each.