Venture capital firm Andreessen Horowitz announced today that it has named tech veteran Ken Coleman as its third special advisor. In this capacity, he will help mentor the firm’s portfolio companies while also transforming the founders into CEOs.

No stranger to Silicon Valley 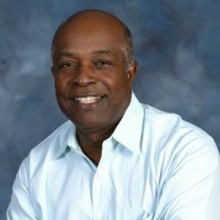 As a former executive at well-known Silicon Valley companies, Coleman is no stranger to the tech industry. His expansive array of connections and experience will go a long way in helping Andreessen Horowitz’s companies go a long way towards succeeding.

Companies like Airbnb, Balanced, Fab, Github, Foursquare, Udacity, Tomfoolery, Mixpanel, Uberconference, and dozens more can now glean some insights from this veteran about how to take a leader with technical knowledge and transform them into someone who can effectively represent the company.

A former captain in the US Air Force, Coleman has served not only overseas, but also in the trenches in the heart of Silicon Valley. He held several managerial positions at HP in the 1970s before joining Activision in 1982 as its Vice President of Product Development. Five years later, he took on Silicon Graphics all the way until he retired as its Executive Vice President of Sales, Services, and Marketing.

After retiring, Coleman decided to become an entrepreneur where he founded and served as CEO of ITM Software. After raising $20 million in venture capital, he sold the company to BMC Software.

Coleman’s involvement with the VC firm is actually not that surprising. After all, he is very good friends with co-founder and general partner Ben Horowitz. In his announcement, Horowitz explains that when he was looking for a summer job in 1986, he was hired to work at computing solutions company Silicon Graphics under Coleman.

Horowitz says of that job:

Silicon Graphics was the Google of its day—the place where all the best engineers wanted to work. The company invented modern computer graphics and was building the coolest machines in the world. Prior to arriving, the only jobs that I’d held were paperboy, busboy, waiter, bellhop and valet attendant. Coming from those environments, I thought that I had died and gone to heaven…In one connection, I’d gone from the outhouse to the penthouse.

Over the next couple of decades, the two stayed in touch and had very interesting lives. For a while, Coleman had been working with Horowitz in an unofficial capacity offering advice and mentorship to companies, but now the pair decided to make the partnership official.

The addition of Coleman to its ranks makes him the third special advisor to the firm. In 2011, the firm nabbed former US Treasury Secretary Larry Summers as its first advisor, albeit part-time. A year later, Andreessen Horowitz named former Washington, DC mayor Adrian Fenty to the position.

So how will startup founders be able to distinguish between which advisor they want to work with? Well Andreessen Horowitz tells us that the beauty of being one of its portfolio companies is that you have access to every resource and talent on its staff so that means a company can work with all three advisors. However, not all are the same — they come to the firm with specific expertise and interests.

Take Summers, for example. With his experience serving outside the US and also as an economic leader, companies can learn a great deal about business, international affairs, monetary issues, and more from him.

With Mayor Fenty, founders can gain an understanding for how they can navigate their way through the political and bureaucratic process, while also finding ways to disrupt the education system (which was one of Fenty’s domestic goals during his term in office). Lastly, Coleman will bring technical prowess, international experience and connections, and leadership insights.

We asked Coleman what he thinks founders need to plan for as they emerge as the CEO of their company. He says there are actually two things: speed and understanding people. With regards to speed, he says that the technology world is rapidly changing and the rate in which companies compete and make decisions has become incredibly critical. But surrounding oneself with the right type of people is also important. To this, Coleman says that as startups grow, founders need to bring on board smart people who won’t take advantage of what has been built, but help to move the company forward.