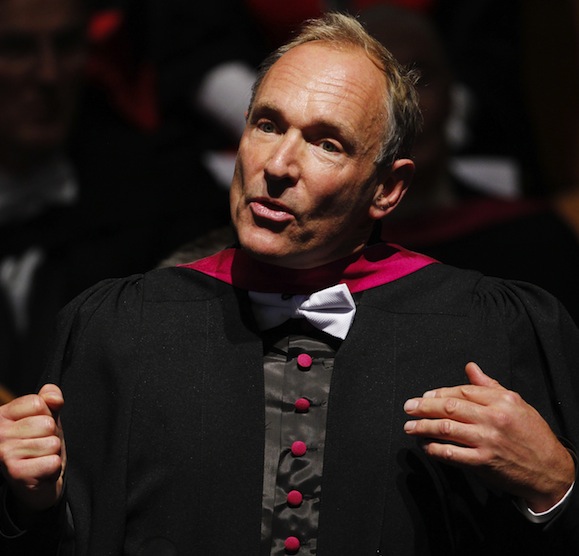 The inventor of the World Wide Web, Sir Tim Berners-Lee, believes an online ‘Magna Carta’ is needed to protect the independence of the Web and the rights of its users, The Guardian reports.

On the 25th anniversary of his first draft of the first proposal for what would become the World Wide Web, Berners-Lee warns that the neutrality of the medium is under threat from governments and corporations. He tells The Guardian:  “Unless we have an open, neutral Internet we can rely on without worrying about what’s happening at the back door, we can’t have open government, good democracy, good healthcare, connected communities and diversity of culture. It’s not naive to think we can have that, but it is naive to think we can just sit back and get it.”

Berners-Lee has been a critic of the spying tactics that American and British governments have been accused of, in the wake of revelations by whistleblower Edward Snowden.

His plan for an online Magna Carta would cover principles of privacy, free speech and responsible anonymity, and is being taken up as part of a project called “The Web We Want”, which campaigns for digital rights.

➤ An online Magna Carta: Berners-Lee calls for bill of rights for web [The Guardian]