Every so often, Amazon brings us something special. Its new Cloud Drive app isn’t one of those products. At best, it’s a week one prototype that should have never made its way to your phone or tablet.

The positives for Amazon’s Cloud Drive app are few. The iOS and Android app are similarly laid out, which bodes well for users that utilize both platforms. It’s also plain, which will make updating the app easier.

Jump into the app, and you’re met with three folders: Documents, Pictures, and Videos. I have none of that in the Amazon Cloud, and that’s where the trouble begins. I can’t add files or folders to my Amazon Cloud account via the app.

Not only that, the Pictures folder has a section for “Fire Camera” by default — Videos does not. So, the Fire phone or tablets don’t take video (yes they do)?

Staying with Photos for a second, there’s a “Nate’s iPad” folder. That’s likely there because when Amazon unveiled its Photos app a while back, I gave it a go (it’s insanely slow). Clicking that folder there’s a “My Photos Stream” subfolder… then nothing. It’s empty.

It seems I need the Amazon Photos app to bring photos to the cloud, as this app won’t do it. 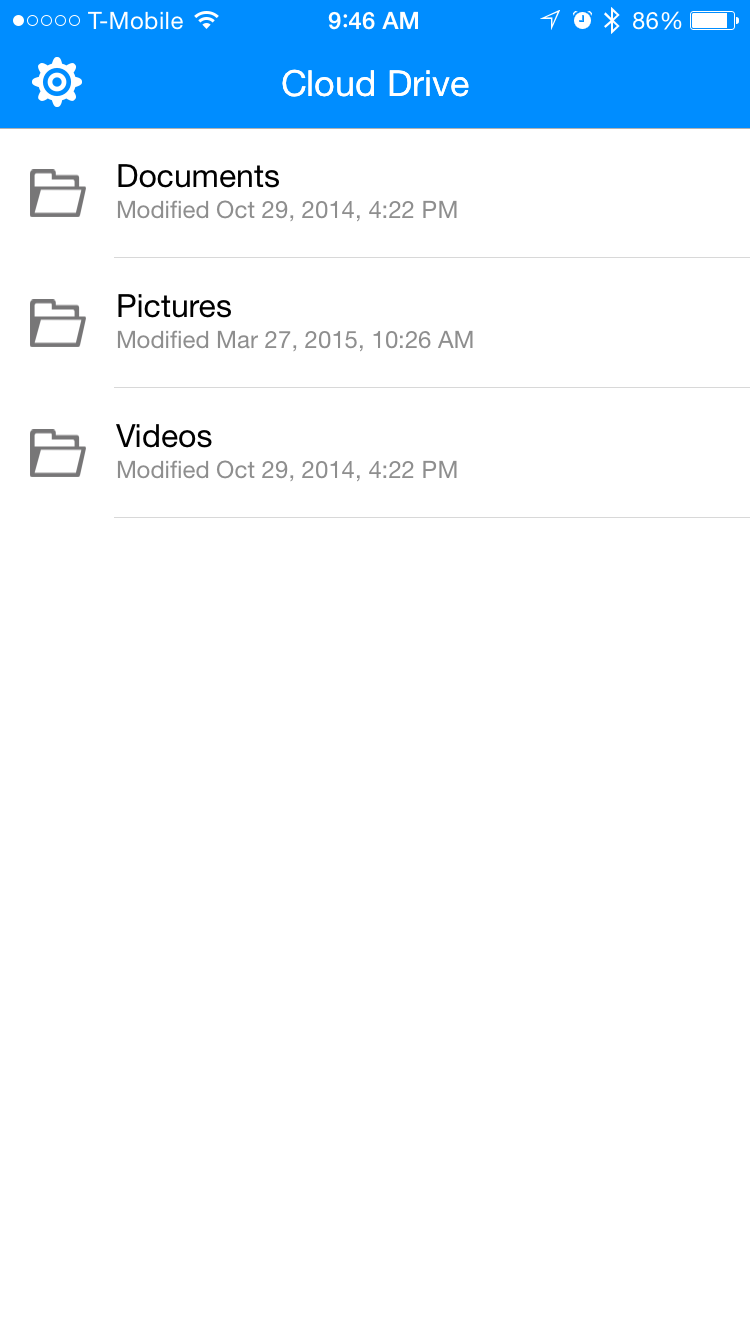 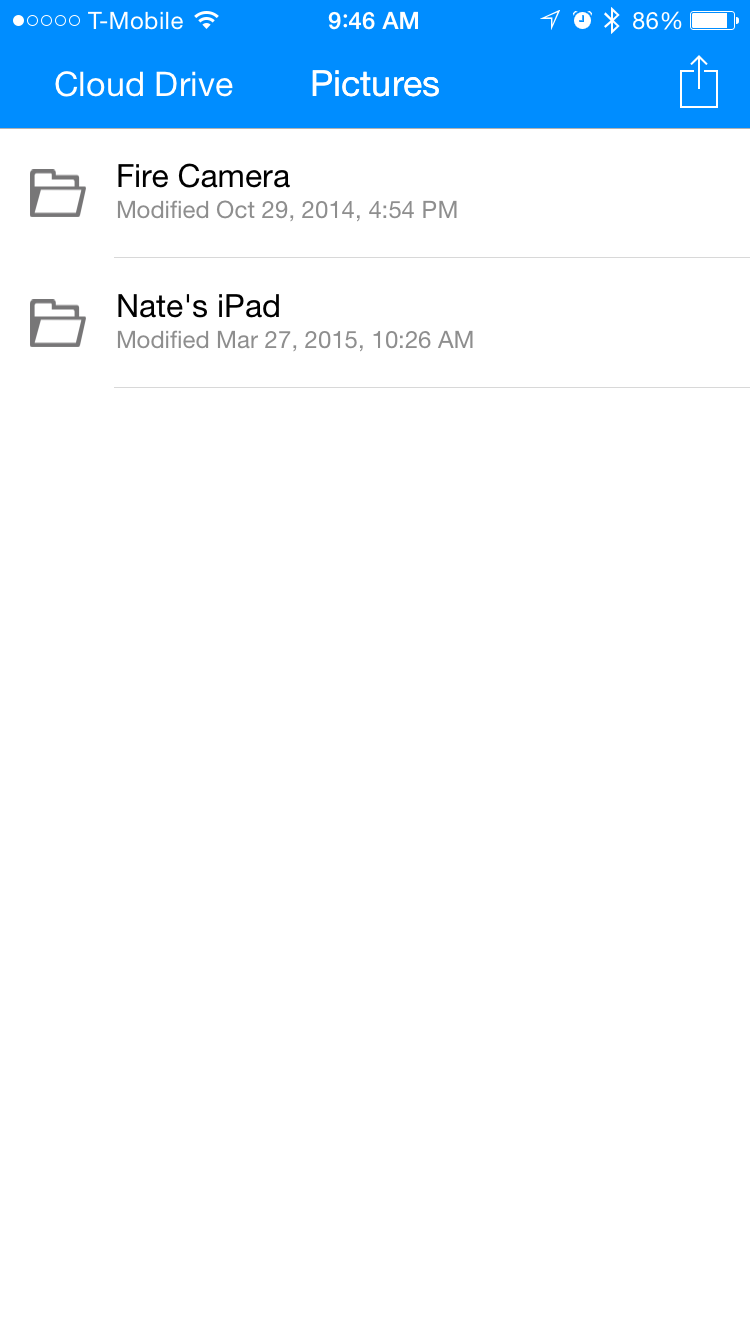 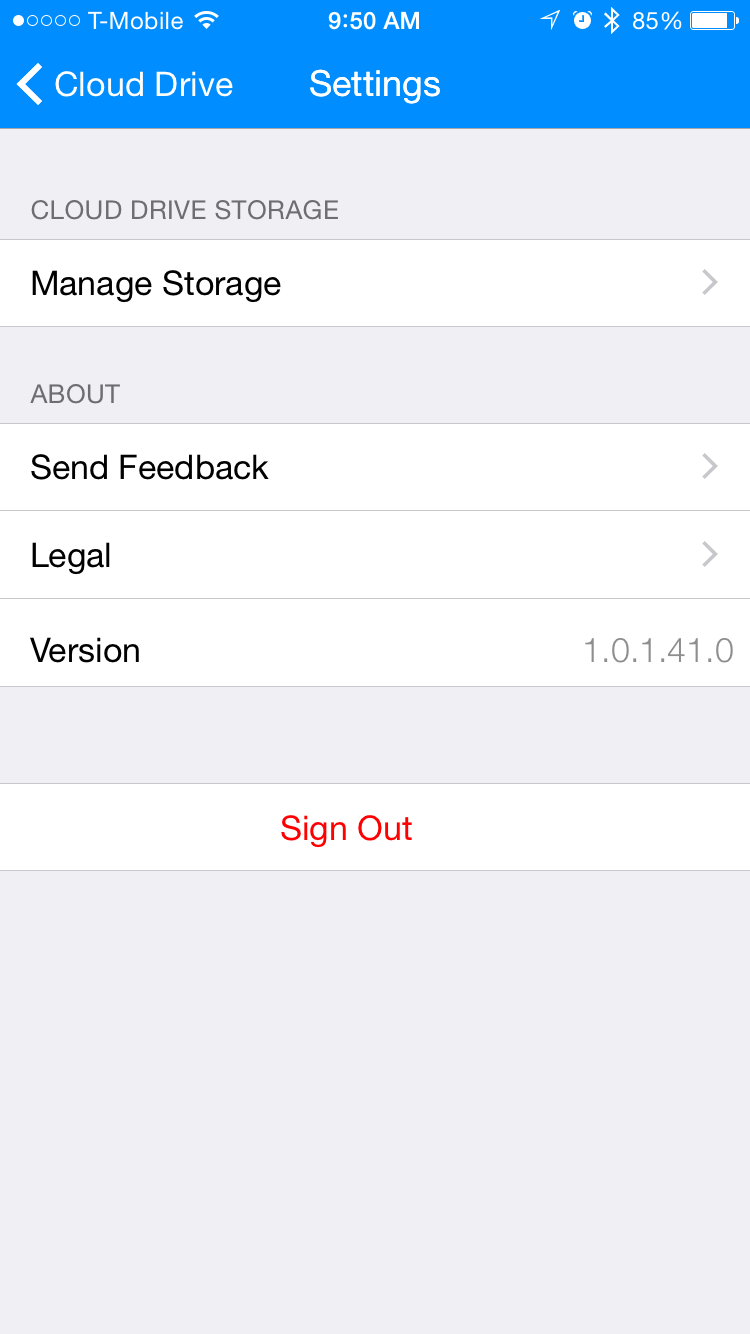 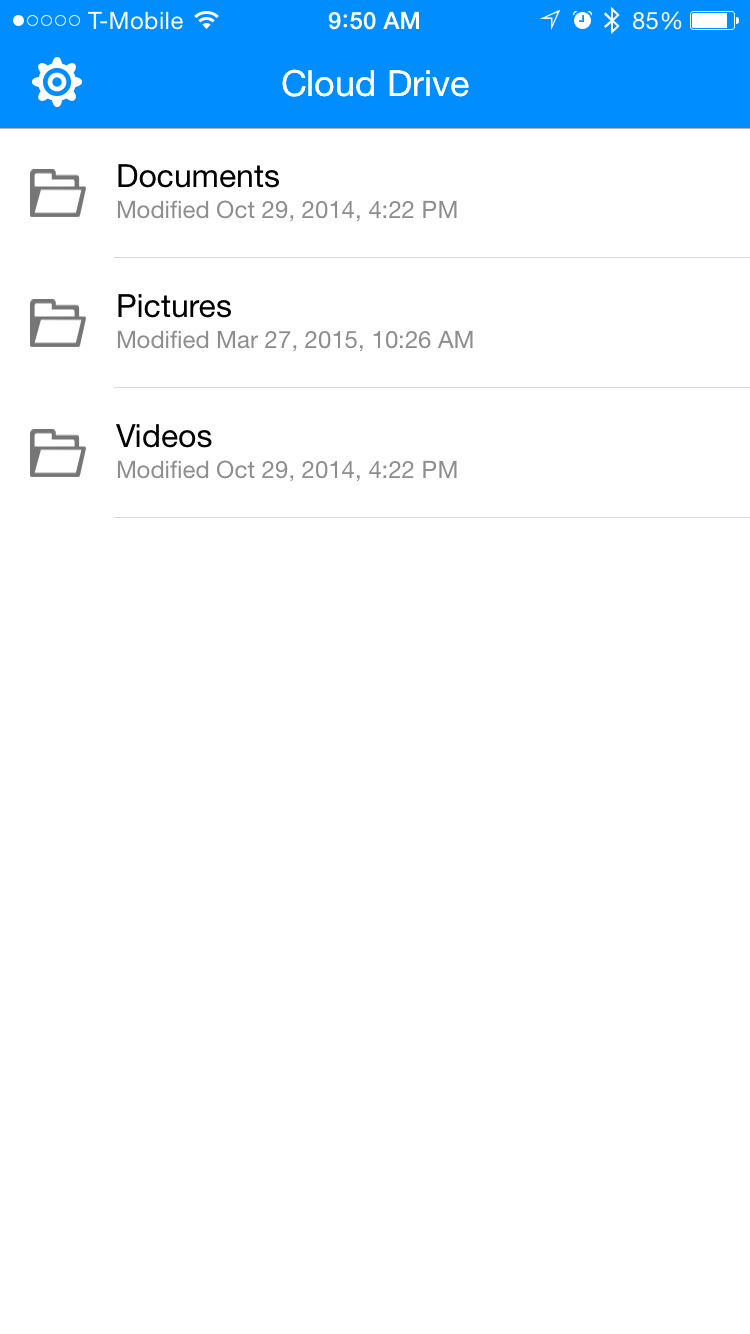 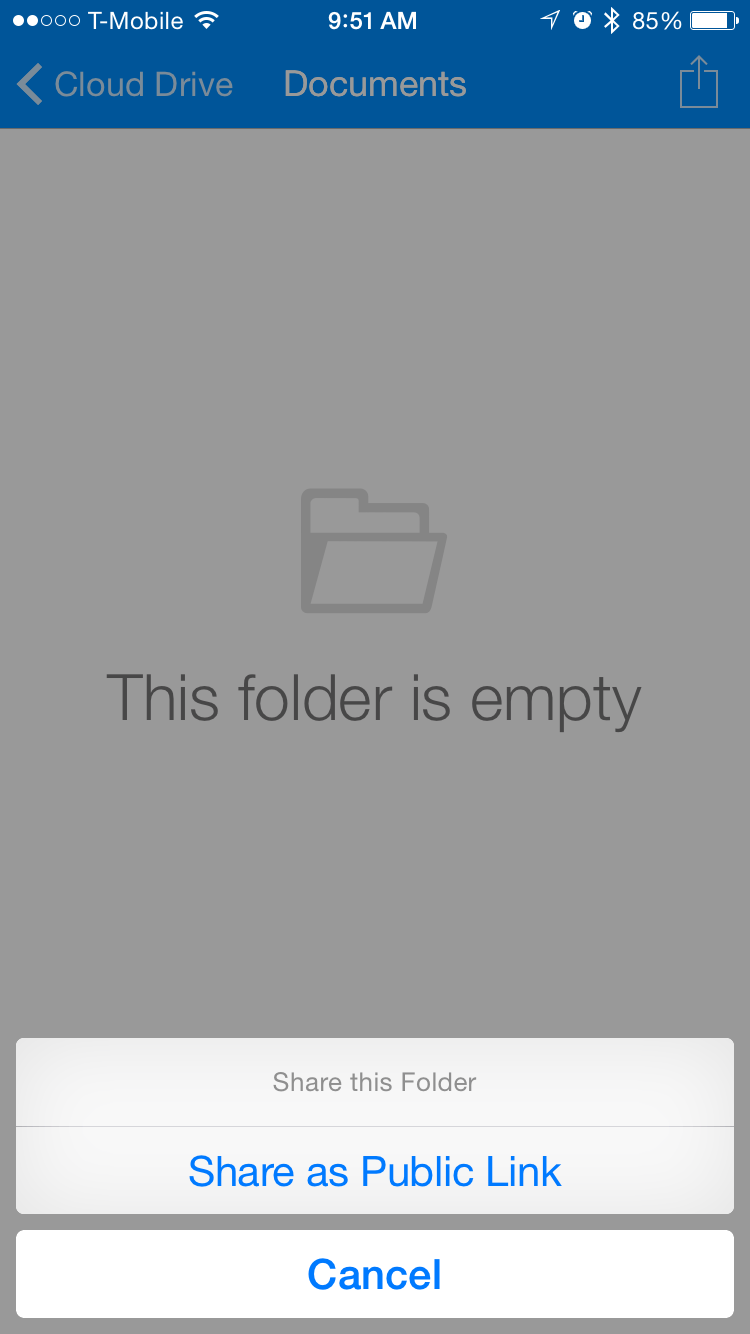 Cloud Drive is a read-only viewer — it’s nowhere near a full-fledged app we should be using. It clearly knows what’s in your Cloud Drive account, but you can’t alter or upload from this app. I’d forgive that from a startup, but Amazon won’t get a pass.

I especially won’t let it slide as Amazon has a Photos app that does allow for uploads, so Amazon clearly understands how to get Web services to communicate with a native app. Even restricting what types of files I could upload via the native app would be welcome.

The Cloud Drive app is great if you’ve forgotten what you have in Cloud Drive and need to check on your account, but beyond that it’s actually useless. I might as well just print my stuff and hang it on the refrigerator so I can see files while I drink my juice box. At least I could grab a pen an edit them if I did that.

Amazon also tells TechCrunch it plans to “invest” in Cloud Drive moving forward. It has to. Both Google and Dropbox — Amazon’s key competitors in the consumer cloud storage business — let you upload, edit, and share files in the native apps. Cloud Drive lets you share full folders and files as a public link or email attachments, but offers no private sharing feature.

Using the iOS share sheet, Amazon Cloud Drive lets you open files with other apps. Allegedly. I can’t get the feature to work with a .docx file at all.

The app is indicative of larger problems with Amazon’s Cloud Drive. Log in to the Web version, and you can upload and store files — but not edit them. Amazon is just behind the curve on offering consumers a solid cloud storage solution, even though it has some of the best pricing available.

In Cloud Drive for the Web, I couldn’t even view a few files I uploaded — even that pesky .docx file.

If you have to constantly manage everything via a desktop or another app, what’s the point to Cloud Drive from Amazon for iOS or Android?

There isn’t one. It’s a proof of concept at best. This is something project managers hand management to prove that work is being done on the app, and that it’s moving along on schedule. Why Amazon thought consumers would want to look at their Cloud Drive files as if they were on Instagram is beyond me.