Struggling to remember the name of that terribly familiar face you keep seeing in these hot new blockbusters? Fret no more. Amazon has got your back.

Based on its previously introduced deep learning Rekognition algorithm, the new model has been trained to “detect and recognize hundreds of thousands of individuals who are famous, noteworthy, or prominent in their field.”

It’s almost as if Amazon was inspired by a fictional television show, because this thing is about as useful as an app that can tell whether what you’re eating is not hotdog.

While the AI-powered celebrity-spotter recognizes Amazon bossman Jeff Bezos without any difficulty, in some cases the algorithm fails to accurately identify other famous individuals like reality star Kim Kardashian and US President Donald Trump.

Messing around with the tool, The Register noticed that the algorithm is 91 percent confident that the person on the now-infamous Paper cover from last year is not Kim Kardashian, but opera singer Isabel Leonard.

When we ran the same photo through the service, this time around Amazon’s deep learning system couldn’t even pinpoint a celebrity face in the image. 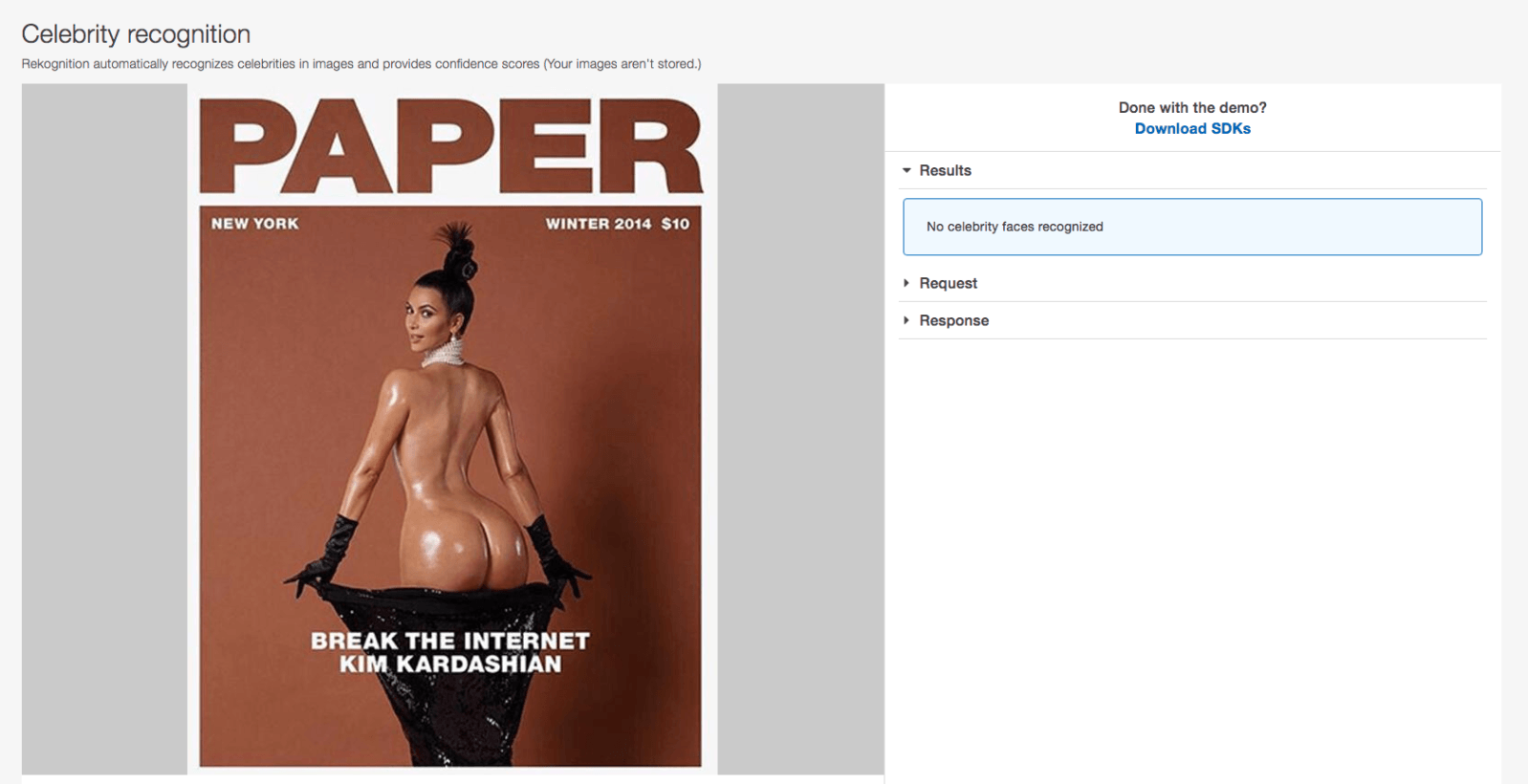 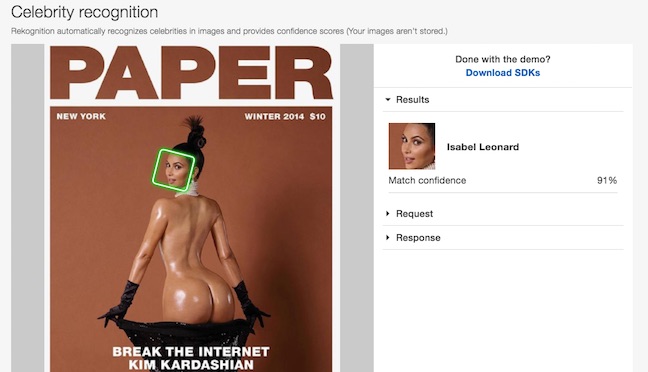 Though it was able to detect a celebrity face in the notorious Trump corn cob meme, it ultimately misidentified the person in the image as British media personality David Attenborough.

When fed with the countenance of young Trump sporting a white fedora, the tool again failed to perform facial recognition – though in all fairness, the image was hardly ideal for the task.

In fact, the tool was able to bob and weave through some fairly low-quality images of young Shinoda. I guess that, for some reason, the algorithm had a 100-percent reason to remember the name. 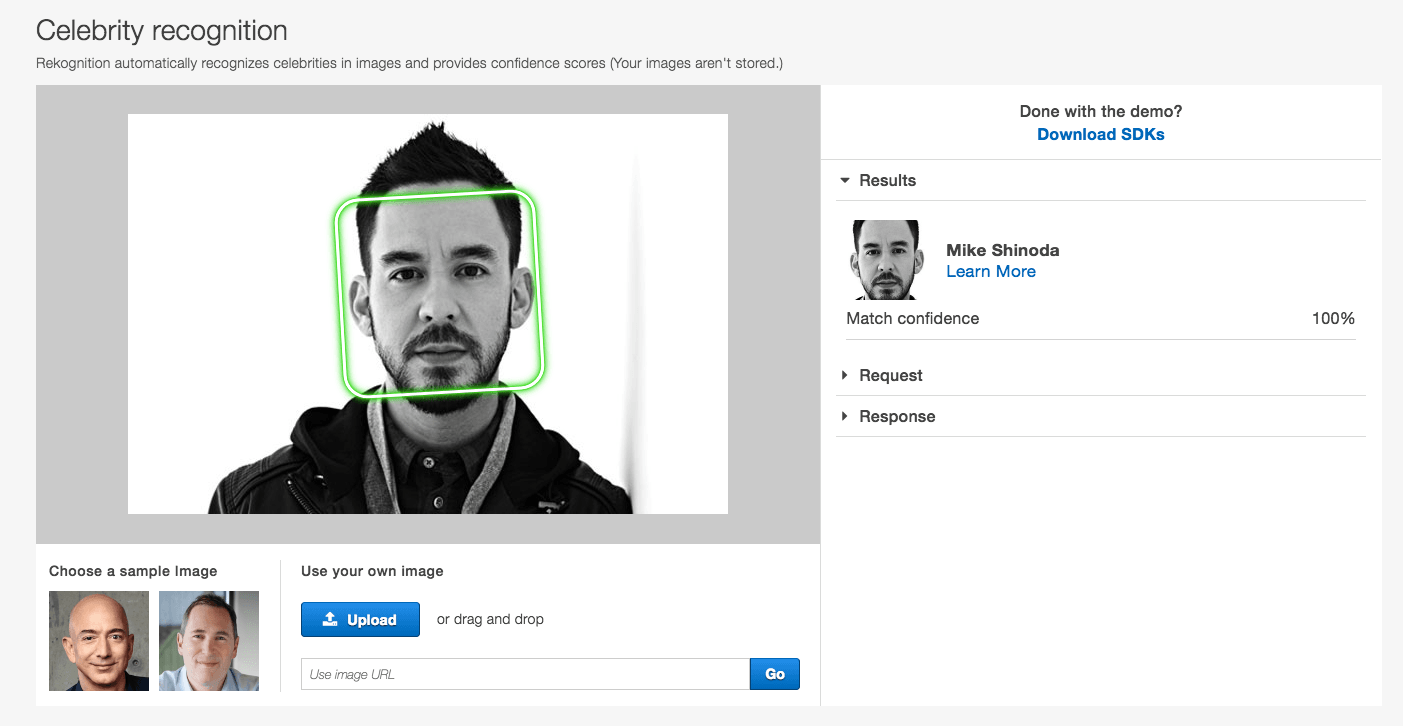 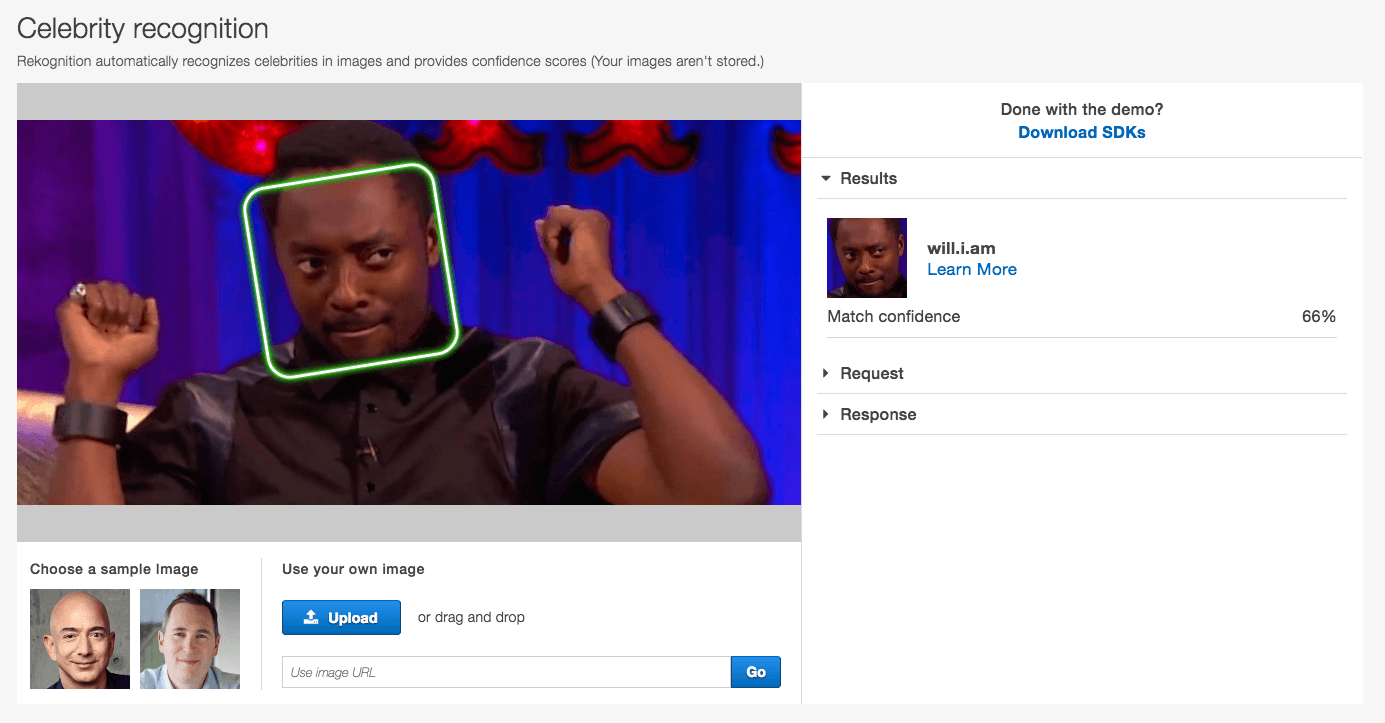 Itching to put Amazon’s celebrity recognition tool to the test? Check out the demo here. Just a little heads-up: You’re going to need an AWS account for this.

And in case you found a way to use the app in a productive manner – clue us in down in the comments.