What comes into your mind when you hear the word: Lamborghini?

Bright yellow cars? Raucous V12 engines? Italian flare? Perhaps that scene from The Wolf of Wall Stree, when DiCaprio attempts to drive a white Countach whilst high as a kite?

Maybe it’s all those things and more, but one thing won’t be on your mind: electric power.

In 2019 Lamborghini showed off a little glimpse into its future with its hybrid-powered Sián. At $3.7 million a piece, a glimpse is all it will be for the majority of us, but still, we can all enjoy it when it looks the way it does.

As nations around the world look to ban the sale of gasoline and hybrid vehicles, car companies have no other option but to reinvent themselves. So what next for Lamborghini?

While the company isn’t making too much noise about its possible electric future, designers are taking on the challenge themselves.

One Italian designer, Andrea Ortile, has tackled the concept of an all-electric Lamborghini head on, and envisions a design built on a simple but elegant two-line foundation.

From these two lines, Ortile’s imagination gave birth to a subtle — by Lamborghini’s standards — but aggressive design, that looks to cut through the air in one smooth motion.

The angular front end is recognizably Lambo, and seemingly draws on elements of the Murciélago with its broad but shallow nose and road hugging cheek bones.

You might not know Andrea Ortile’s name, but he’s previously worked for the likes of Ferrari and legendary car design house Pininfarina, if those names mean nothing to you, please press alt + F4.

Naturally, Ortile’s skills in design don’t stop at concept sketches, he’s also made a series of renderings of what the final vehicle could look like. 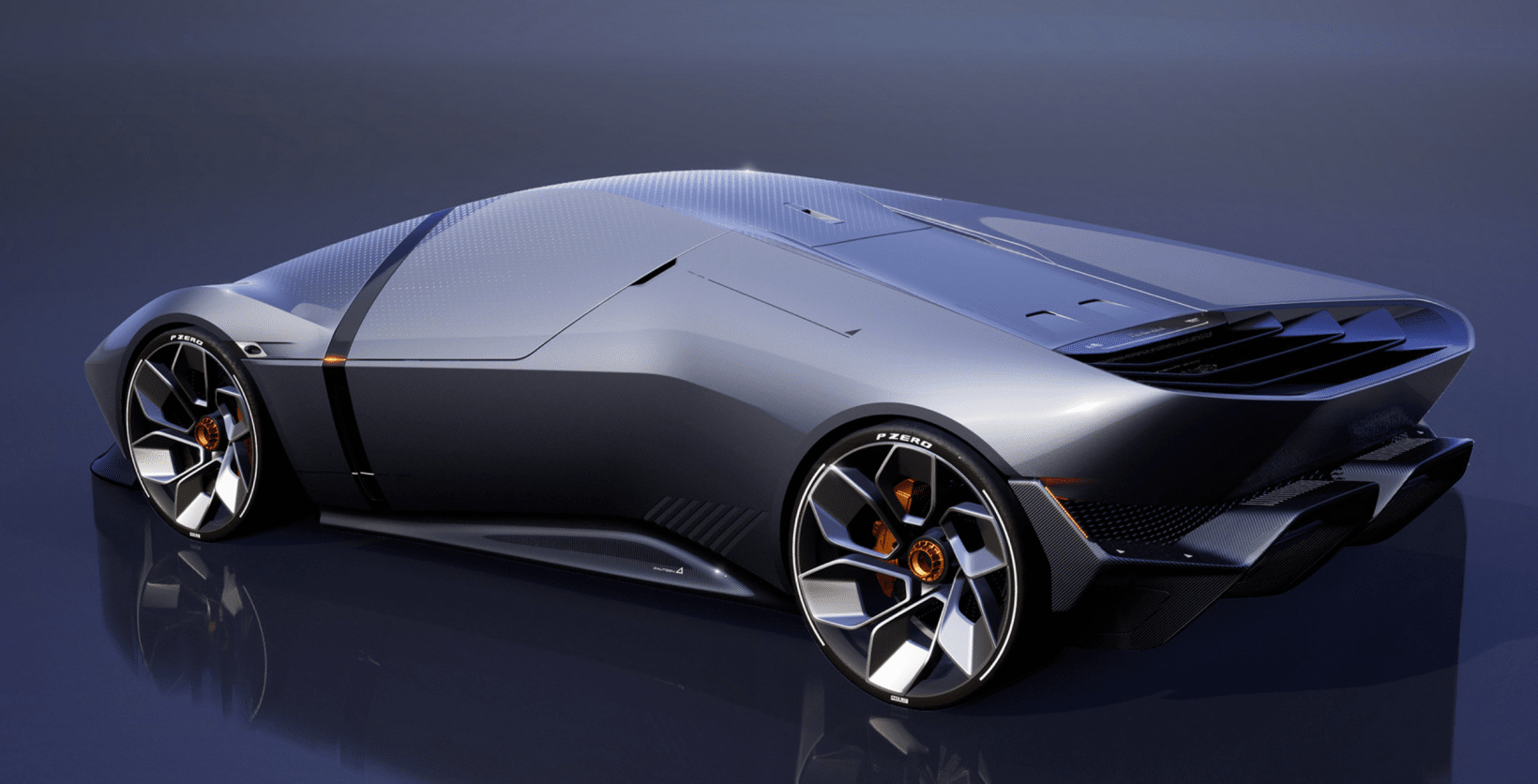 The most striking component of the E_X, is its seating layout, or rather, lack of one.

Ortile envisions that his Lamborghini E-X would have one seat, right in the center of the vehicle, making it the ultimate drivers car. Ok, so it’s not a great design for people with friends, but if you’re a millionaire buying a Lambo, you can just buy new friends everywhere you go.

The drivetrain components of the E_X would be joyously simple.

Like many other ground up EVs, the E_X would have a battery pack in the floor pan, and a front and rear motor providing a four-wheel drive system. It would no doubt allow the car to vector its torque between front and rear axles as required for optimal handling.

Even though a fully electric Lamborghini might be many years away, Ortile’s idea doesn’t feel at all unrealistic. Perhaps Lambo would add a second seat, because really single seat cars don’t make much sense anywhere other than on a track or in our imagination.

Ortile says: “The intent was to preserve the character and the stance of each Lambo without unnecessary graphics and edges, creating something new and highly recognizable.”

If you ask me, Ortile’s nailed it. I can’t wait to see what Lamborghini’s actual design house can come up with.

Check out all of Andrea Ortile’s work over on Behance.